Green isn’t just a color anymore. From solar energy to organic food, “green” describes loads of up-and-coming industries, which means money and that, in turn, means organized crime and corruption are not far behind.

Before the global recession began, clean energy jobs in the US alone grew nearly two and a half times faster than the overall job market, according to the Pew Center on the States. Governments around the world have recently pledged billions of dollars to renewable energy.

With growth expected to pick up when the recession retreats, crime groups will certainly follow the money. Already La Cosa Nostra may have horned in on EU-subsidized wind farms in Sicily. Other, less prominent organized crime groups are already involved in scam “green” recycling of cell phones and computers, and are likely to get involved in carbon-credit markets aimed to help developing countries preserve their forests.

Green crime is no different than other types of organized crime, said one criminologist.

“Number one, there are motivated people – people who look at it as easier to make money by committing crimes than by going to work every day or starting some legitimate business,” said
Professor Jay Albanese, a criminologist at Virginia Commonwealth University. “Then there are physical locations all around the planet where it’s conducive to conducting the illegal business, whether it’s rule of law issues, post-conflict issues, poorly trained police issues or corrupt public officials issues. And sometimes we often unintentionally create criminal opportunities, and thereby get the unwanted attention of people seeking to exploit those opportunities.”

Wind farms may be a good example of unintended consequences. Wind energy may help reduce carbon emissions, it’s a growth market, and governments will often subsidize building of wind farms. But the Sicilian Mafia is apparently as aware of these facts as are forward-thinking entrepreneurs. Italian anti-mafia magistrates are investigating two cases that allegedly involve mob families offering local politicians money and votes in exchange for permits, reported the Financial Times earlier this year.

The families – one in three larger Sicilian provinces, another around the western port of Trapani – may have been motivated by EU subsidies that guarantee rates of rates of €0.18 ($0.25 cents) per kilowatt hour for expected production, even if the farm doesn’t supply electricity to the Italian electrical system. (The average US rate last year was $0.11, according to the Department of Energy). In February, eight people were arrested in connection to the Trapani case, accused of helping the Mazara del Vallo family gain control of the wind farm business. The investigations have prompted officials in Sicily and mainland Calabria and Basilicata to suspend permits for new wind farms.

Wind farms aren’t the only green industry to be infiltrated by organized crime. According to one Interpol expert, a proposed program that may help developing countries preserve their forests is at risk from crime groups, even though the program is still in the planning stages. 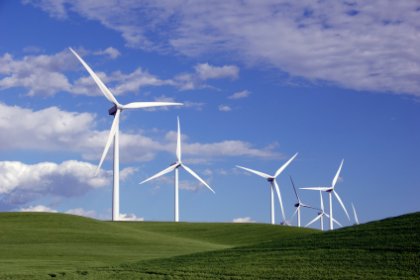 The Reduced Emissions from Deforestation and Degradation (REDD) initiative aims to cut carbon dioxide emissions by creating a carbon-trading system that would provide a financial incentive for countries such as Indonesia to preserve their forests. Developing countries that conserve forests would earn carbon credits that could be sold to developed countries that need to curb their own greenhouse gases.

“There’s no evidence to suggest at this stage that that is what’s happening, but knowing the way that organized crime groups work – and I have to include in that groups of people that the public doesn’t see as organized crime,” Younger said in an interview. “Everyone associates the Russian crime gangs, the Italian mafia, the Asian triads as organized crime groups, but it may be a group of businessmen who have companies that have a legal and less-than-legal aspect to them, who get together and start manipulating carbon credits with the aim of enriching somebody.”

He recommended getting law enforcement involved sooner rather than later, noting that he was the only police officer attending a recent illegal logging conference in Bali. “You’re talking about illegal logging, but you’re not involving the very people that you will need to call upon to fix it when it breaks,” he said. “If there’s some potential for something illegal, at the policy formulation stage it would be useful to engage law enforcement at some level to get input. Personally, I don’t see it happen too much.”

It’s too late, however, to beat organized crime to the punch in one already existing “green” market: the market for e-waste, the millions of discarded cell phones, computers, printers and other shiny trappings of the modern age. The US alone disposed of over 300 million such items in 2007, according to the Environmental Protection Agency. Canada generates about 140,000 tons of e-waste annually. People are increasingly easing their consciences about throwing their computers away by paying electronics recyclers, who assure them that the computer won’t end up in a landfill. But unscrupulous recyclers are taking the money and dumping the items in China, India and West Africa, enjoying an export loophole on the reuse of electronics in the 1994 Basel Convention, which restricts dumping hazardous waste on the developing world. 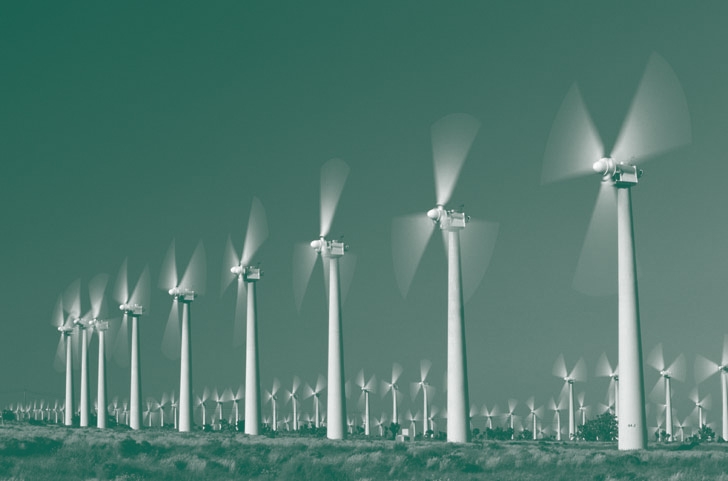 According to the EU and Canada’s Criminal Intelligence Service, organized crime has already infiltrated the market. RCMP commissioner William Elliot told a regional trade board last year that some members of the 900 crime groups known to the RCMP were involved in such waste disposal. “Criminal networks can profit by collecting e-waste in developed nations and exporting it to so-called recyclers in developing countries where it is often handled improperly,” Elliott said. “This is a violation of Canadian and international law and it is creating an environmental and human health crisis.”

Likewise, recent raids to enforce EU e-waste laws have shown that scam recycling is the work of a group. When raiding police in the UK found 500 shipping containers full of old monitors and computers destined for Africa to be stripped for raw materials, they also found signs of an organized group – stolen import documents, stolen motorbikes, heavy equipment including a crane and a dump truck, and more than $130,000 worth of vodka and cigarettes.

In the US, activists like the Electronics TakeBack Coalition told OCCRP that they have no evidence of organized criminal involvement, though traditional organized crime groups have made a killing from the disposal of both garbage and hazardous waste for at least several decades. A tough federal law came into effect in 1976 that was intended to alleviate people’s concerns about the health hazards of hazardous waste; it instead prompted haulers to quadruple their prices and continue to dump waste illegally. Whether it was “midnight dumping” at remote locations, or “cocktailing” – mixing hazardous waste with regular garbage and dumping at garbage dumps – or forging manifests to show waste was dumped at a licensed location when in fact it was dumped at in a remote gully, lawbreakers made a lot of money as they poisoned soil and water. One illegal dumping site was only discovered when an empty lot suddenly burst into flames. By the late 1980s, Congress publicly acknowledged that the organized crime groups that had long dominated garbage hauling and landfilling had moved into the hazardous waste business.

“When I looked at this e-waste thing, I thought, my God, it’s like every waste we’ve disposed of in the past,” said Professor Albanese of Virginia Commonwealth University. “It’s either some group of professional criminals, or it’s a legitimate business systematically violating the law on a regular basis. There’s no difference between the legitimate business doing it and the criminal backing up his truck and doing it.”