They weren’t the people you’d peg for success in the world of finance and technology: a group of young men from a small city in an agricultural region of Romania. But they were clever and they had grit — and a unique skill set.

They learned everything they could about banking technology, built a business working with ATMs, and were soon operating across Europe, Asia, and the Americas. They invested their profits in acquiring new technologies and hiring smart engineers from Romania’s growing tech sector.

The group built relationships with successful businessmen and politicians and expanded internationally. They made a big investment halfway across the world, in tropical Mexico, eventually signing a deal with a local bank to brand their ATMs. They bought Chinese-made machines, added their own custom software and Bluetooth devices and soon controlled more than 100 ATMs in Mexico’s biggest tourism hotspots along the Riviera Maya. They became titans of their industry and funneled their huge profits into luxury real estate on multiple continents.

If things had been different, theirs could have been a rags-to-riches story for the ages. But there was one problem.

Their business wasn’t legal. They were skimmers — people who steal debit and credit card numbers by implanting illegal devices or software into ATMs. Their leader wasn’t a CEO, but an alleged crime figure nicknamed “The Shark.” And the bigger their business got, the more crimes they had to commit to keep it growing: money laundering, intimidation, bribery, and even, allegedly, murder.

According to police and former gang members, they became one of the world’s biggest criminal skimming groups, capturing more than 10 percent of the $2 billion annual global market.

OCCRP and its partners combed through thousands of documents, interviewed people on three continents, scoured social networks, and entered dangerous territory to assemble a puzzle from pieces scattered across the globe.

Together they tell the tale of a transnational criminal group we have dubbed the Riviera Maya gang. It's a story of ruthless and violent entrepreneurship – and it’s not over yet. 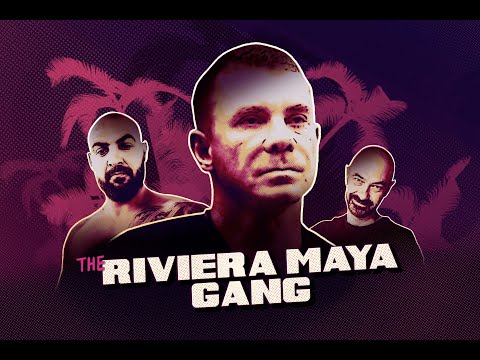 The criminal group stole card numbers and copied them onto new blank cards, which were given to gang members to withdraw cash from ATMs around the world.

Explore the World of the Gang

Constantin Sorinel Marcu was in a tough spot. He had stabbed a man in the neck after a fight at a swimming pool, and he needed to get out of Romania, fast.

The Cash Machine Swindle: How a Mexican Bank Was Dragged into A Billion-Dollar ATM Heist

A Romanian-led organized crime group scammed an estimated $1.2 billion using a network of rigged ATMs in some of Mexico’s most famous tourist hotspots.

From Bank Machines to Real Estate: Cleaning the Dirty Money

A Romanian gang rigged ATMs to skim $1 billion, and funneled the cash into real estate in at least four countries.

Across the Rio Grande: How Romanians Were Smuggled Into the US to Rob ATMs

Starting in the early 2000s, a Romanian man built an international people-smuggling network that laid the groundwork for a dangerous transnational crime group to steal around $1.2 billion in one of the largest skimming operations in the world.

How the Riviera Maya gang used media campaigns and ties to people in power to protect themselves.

Commentary: Lessons on How Not to Disrupt Crime

Most investigations of transnational criminal networks follow a known group or commodity such as the Italian Camorra, Chinese triads, or rhino or elephant poachers. By having a focus on key actors and commodities, much falls outside the attention of investigators.

OCCRP's co-founder Paul Radu answered readers' questions on an investigation into a Romanian criminal syndicate that we’ve dubbed the “Riviera Maya gang,” which made over $1 billion from rigged ATMs, mainly in Mexico.

As the seemingly endless legal case of one alleged key lieutenant drags on, we investigate the gang’s operations and investments in the poorly policed border area between Argentina, Brazil and Paraguay.