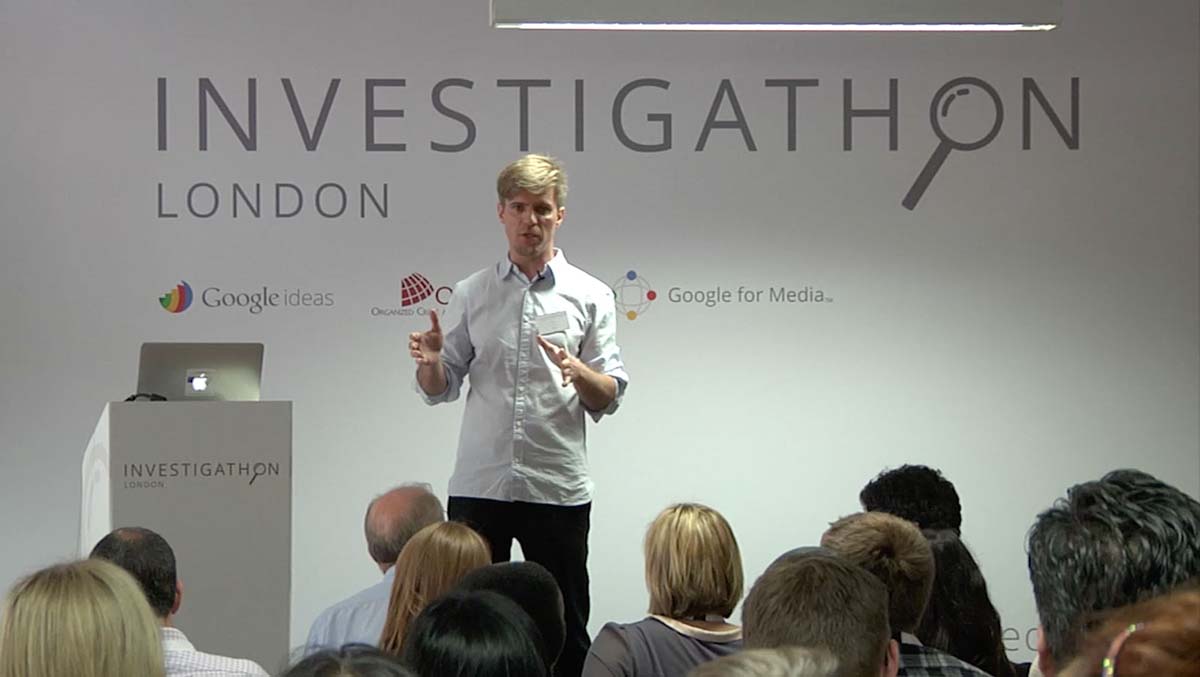 "OCCRP wasn't really planned – it was born of necessity. We were all working on the same intractable problems in our own countries. But a couple of us realized this, and communicated. Then more. Then even more. We found each other." Drew Sullivan

"We realized that this was the time to experiment, to take investigative journalism to a a cross-border level where the latest technologies would help reporters match both the creativity and almost unlimited resources of organized crime and corrupt leaders." Paul Radu

'I was supposed to be giving a talk on trafficking in human beings,' recalls Drew. 'But when I talked to Paul, I quickly realized that he knew a lot more about trafficking than I did. So I asked ICFJ if he could become a co-trainer for the next training and that's how we started working together.'

During the next couple of years Drew and Paul were in weekly contact, trading advice on safety, cybersecurity, public records – and above all the people of interest whom they were trying to track across borders. They found they were often working in parallel – tackling the same issues.

‘We were looking at the same people. So we looked at other countries where these same criminals were busy,' Paul said. 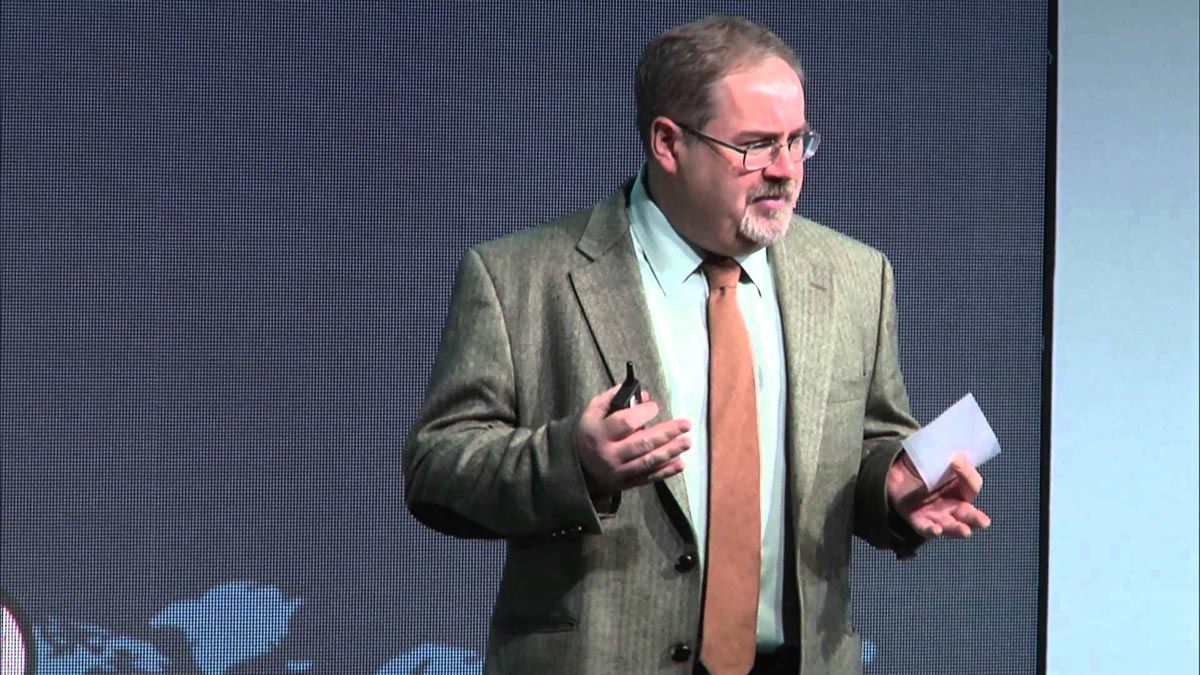 Their first joint effort came in 2005, when they joined to follow a cluster of companies operating in the energy sector.  Recruiting friends and colleagues from Bulgaria, Albania, Bosnia and Herzegovina and Romania, they pooled their resources on what became the Power Brokers Project, which won the first-ever Global Shining Light Award from the Global Investigative Reporting Network (GIJN).

In its award announcement, GIJN described it this way: "The project investigated an energy crisis that caused massive power outages across Romania, Bosnia, Bulgaria, and Albania. The series exposed questionable deals by shadowy businessmen operating across the Balkans that returned huge profits to power traders but resulted in exorbitant electricity rates applied to impoverished citizens."

To them, the experience proved the efficacy of cooperating regionally. They felt encouraged to take it further.

'That was a wake-up call. We realized that we could do more together than separately,' says Drew. 'And we could save money by centralizing some of the more burdensome costs like media insurance, access to commercial databases, tool development and even research and fundraising.'

The United Nations Democracy Fund (UNDEF) funded them on building this central hub and the Organized Crime and Corruption Reporting Project was born.

‘The name OCCRP came from the title of our original grant proposal – it even sounds like a grant proposal title,' Drew says. 'But OCCRP became the tool we needed.'

The OCCRP network opened an office in Sarajevo sharing offices with CIN and immediately started to grow with new centers joining on a monthly basis. But Radu soon left to accept a Knight Fellowship at Stanford University.

The departure was a blessing in disguise.  At Stanford, Paul saw what the best minds were designing in Silicon Valley and the power of technology. Energized from the experience, Paul immediately began designing new tools including the Investigative Dashboard, or ID, which is a virtual research center that helps expose complex networks of crime and corruption. This grew directly out of the needs of centralizing research and finding more efficient ways to follow money all over the world. 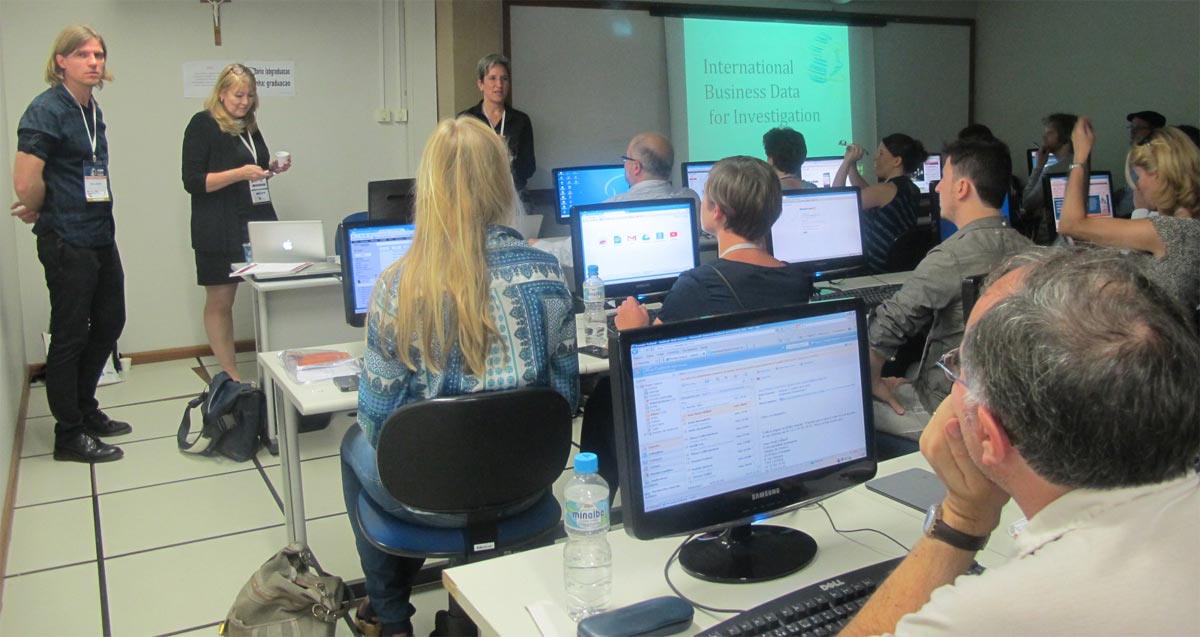 ID was launched after Paul’s fellowship, then recalibrated and renewed with help from Google Ideas several years later. Meanwhile, Paul designed a complementary tool: a data visualization instrument called Visual Investigative Scenarios (VIS). This illustrates the type of complex international networks revealed by ID research. Both VIS and the ID would not have been possible without significant contributions from OCCRP and GIJN members - as well as contributions from hackers and visual artists.

As OCCRP kept growing, Paul and Drew registered the Journalism Development Network, or JDN, and made OCCRP a trade name. They formed a board of directors including some of the most respected journalists in the business. Drew became JDN's executive director, and Paul became executive director at OCCRP, but it’s their close working relationship, cooperation and communication that has shaped OCCRP. OCCRP expanded again by opening an EU-based branch in Bucharest in 2011, co-located with the RISE Project (another OCCRP member, co-founded by Paul).

Over the years, OCCRP has grown from six journalists working in five countries to more than 150 journalists in 30 countries. Its staff and collaborators are some of the best journalists who are active today, winning every major award and speaking around the world.  And during this time the model of networked, country-based centers working together has proven its value over and over – and is now being imitated around the globe.

OCCRP has quietly become one of the world’s largest and most effective investigative reporting organizations, with staff across six continents.

‘We have been told that OCCRP is an ideal model for media development,' Drew says. 'That's great. But its design has always been driven by the immediate needs of our reporting and our members. And it always will be.'