An 11-year-old boy from Azerbaijan who owned nearly $49 million of prime commercial real estate in London. A Czech prime minister who loaned himself 15 million euros to buy a French chateau. The unofficial wife of a Kazakh president who received a mysterious $30 million payment. A Serbian politician who swore he didn’t own 24 seaside apartments, but really did.

What do all these stories have in common? We found them hidden deep within the files of the global offshore service industry: a coterie of bankers, lawyers, accountants, and registration agents who help hundreds of billions of dollars move undetected around the world every year.

These financial flows connect corrupt and authoritarian regimes with secretive jurisdictions around the world, from Caribbean islands to commercial hubs like London and Dubai. International crime and corruption wouldn’t work without them.

Now, a massive new leak of documents is pulling back the curtain on the offshore industry like never before. The International Consortium of Investigative Journalists obtained nearly 12 million files from 14 of these service providers and shared them with more than 600 journalists around the world, including us. We spent more than a year sifting through them to learn how the world’s most powerful people hide their money.

Read on to learn what we found.

From missing taxes to stolen artworks and smuggled antiquities, the Pandora Papers lays bare exactly how the offshore industry hides the fortunes of the world’s rich and infamous alike.

FAQ: About the Pandora Papers

What are the Pandora Papers? What's an offshore service provider? And why should anyone care? 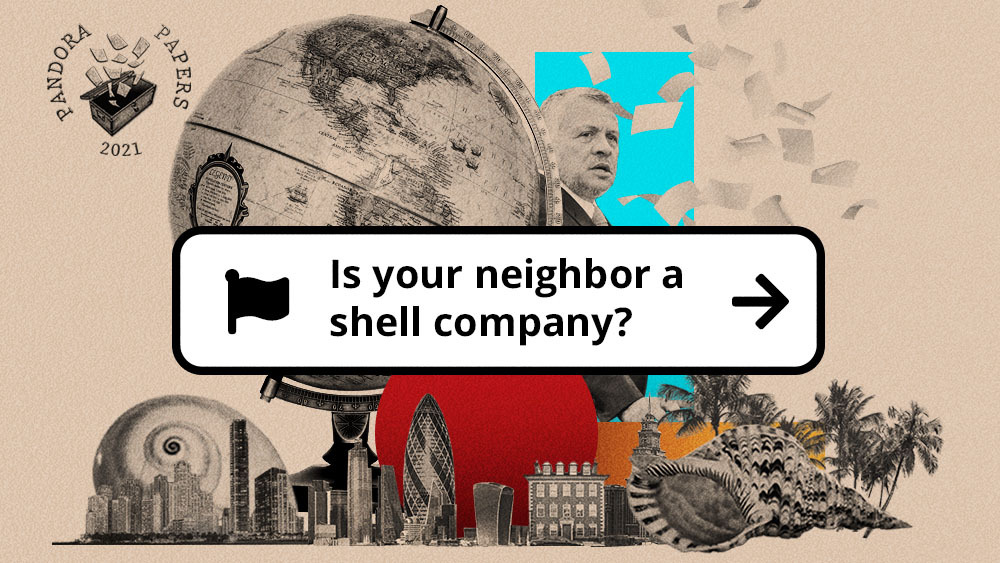 Find out more about the 14 service providers at the heart of the Pandora Papers.

What We Found Offshore

Amid a Chinese push to gain influence in Serbia, Huawei appears to have paid large sums to a former Serbian state telecom executive through an offshore shell company.

A vast network of offshore companies, administered by service provider Trident Trust and fronted by a small group of trusted cronies, helped the Aliyevs secretly own vast real estate holdings in the British capital.

As head of Azerbaijan’s parliament for 14 years, Oktay Asadov received a modest official salary. So how did his wife, daughters, and former son-in-law afford luxury apartments in London, Moscow, and Dubai?

Andrej Babiš has campaigned on an anti-graft platform. Now, investigace.cz and OCCRP have found that he secretively loaned millions of euros between opaque offshore vehicles as he acquired luxury French real estate, including the purchase of a chateau. Experts say the transactions bear the hallmarks of money laundering.

Ukrainian President Volodymyr Zelensky rode to power on pledges to clean up the Eastern European country, but the Pandora Papers reveal he and his close circle were the beneficiaries of a network of offshore companies, including some that owned expensive London property.

Two oligarchs known to be close to the ‘Leader of the Nation’ were involved in a complex offshore arrangement that ended in a mysterious $30 million payment to his unofficial third wife.

Described as the “main player for almost all megaprojects” in Azerbaijan, the AAC plant is publicly associated with Ashraf Kamilov, a well-known businessman. But leaked offshore documents show that the president’s younger daughter got in on the action.

A Tale of Two Brothers and A Croatian Island

For years, Croatians have been in the dark about who owns a major company called Jadranka, the leading tourism developer on the Adriatic island of Lošinj. New documents reveal it to be controlled by the family of Mihajlo Perenčević, president of the Russian pipeline constructor Velesstroy.

Georgy Bedzhamov, wanted in Russia over a high-profile embezzlement case, used the law firm Demetrios A. Demetriades LLC, known as Dadlaw, to conceal his assets and disguise transfers. Company records and contracts also show how he moved tens of millions of dollars around the world around the same time his sister embezzled billions of dollars from their bank, Vneshprombank.

A Family Affair: How the Relatives of a Russian State Company’s CEO Got Rich

Updates and insights on stories we've followed for years, from the Pandora Papers.

Despite Denials, Serbian Finance Minister Owned Luxury Apartments After All

New documents from the Pandora Papers show that Siniša Mali was the sole shareholder in offshore companies that owned luxury real estate in Bulgaria.

A Slovenian businessman convicted of fraud set up shell companies to hide his trail.

In 2018, payments at Latvia’s ABLV were frozen after the U.S. accused the bank of having “institutionalized money laundering.” Its spun-off corporate services division went on to sign deals with politically sensitive clients to help return frozen funds, the Pandora Papers show.

A top Belarusian official negotiated a gold mining venture with Zimbabwe in 2018 — but behind a veil of offshores, it was his own son who stood to benefit.

The father of Duma representative Lev Kovpak had an offshore company that owned $56 million in cash and investments. 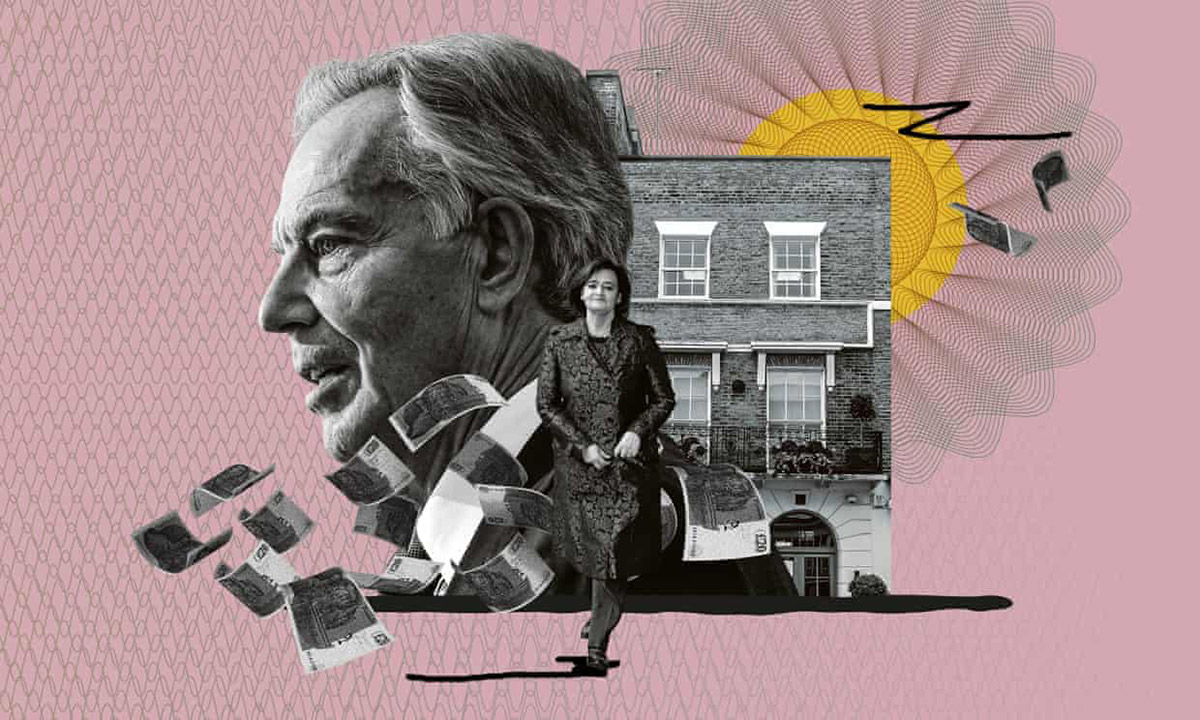 Tony and Cherie Blair saved hundreds of thousands of pounds in property taxes when acquiring a multi-million pound London office building from an offshore company partially owned by a prominent Bahraini minister. 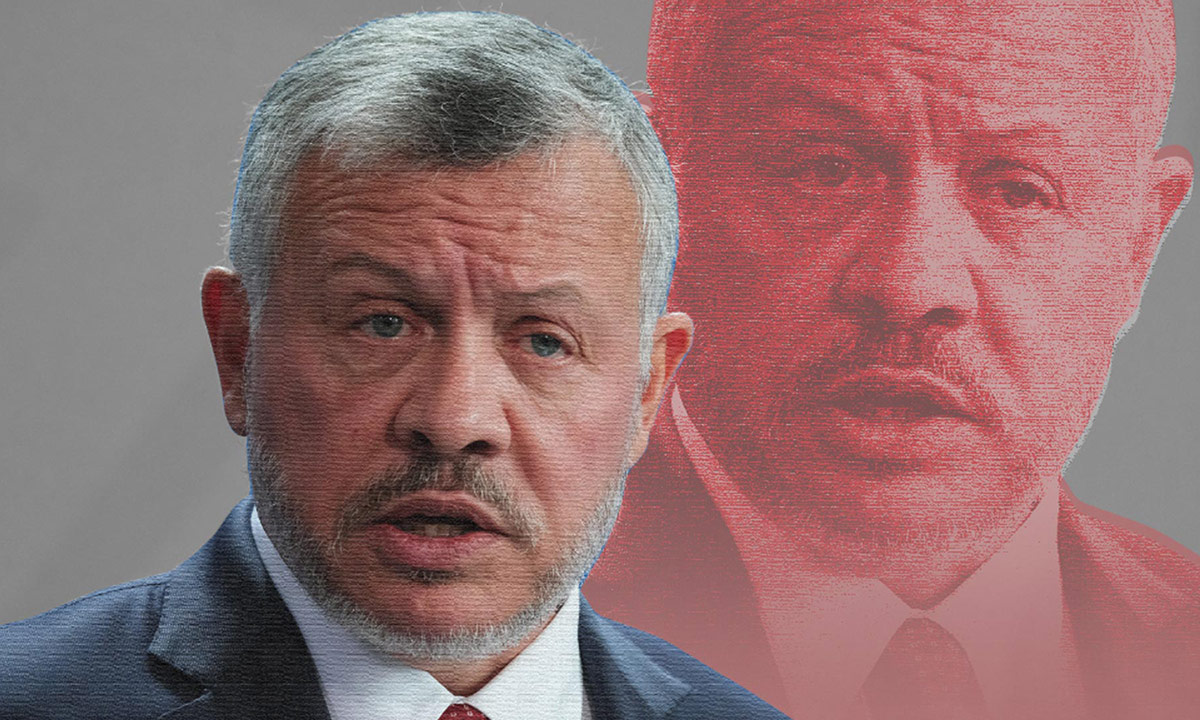 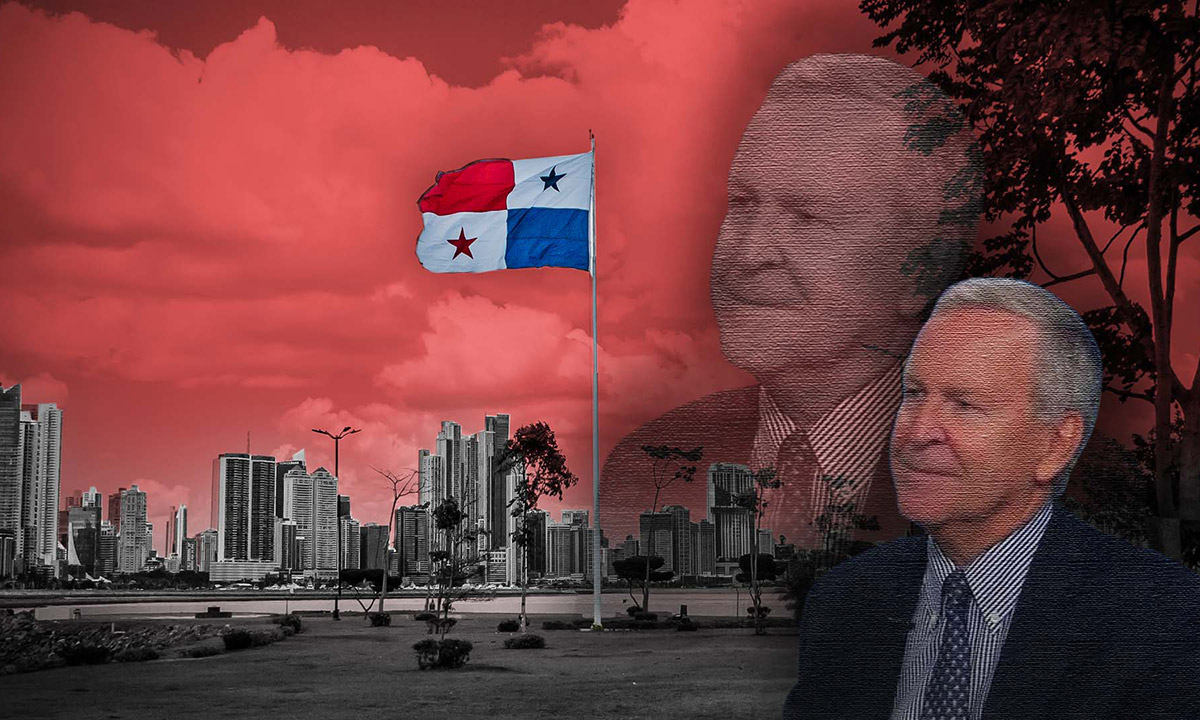 One of Central America’s most prestigious law firms, Alemán, Cordero, Galindo & Lee (Alcogal) set up offshore companies for 160 politicians and public officials — including some accused of looting their countries. 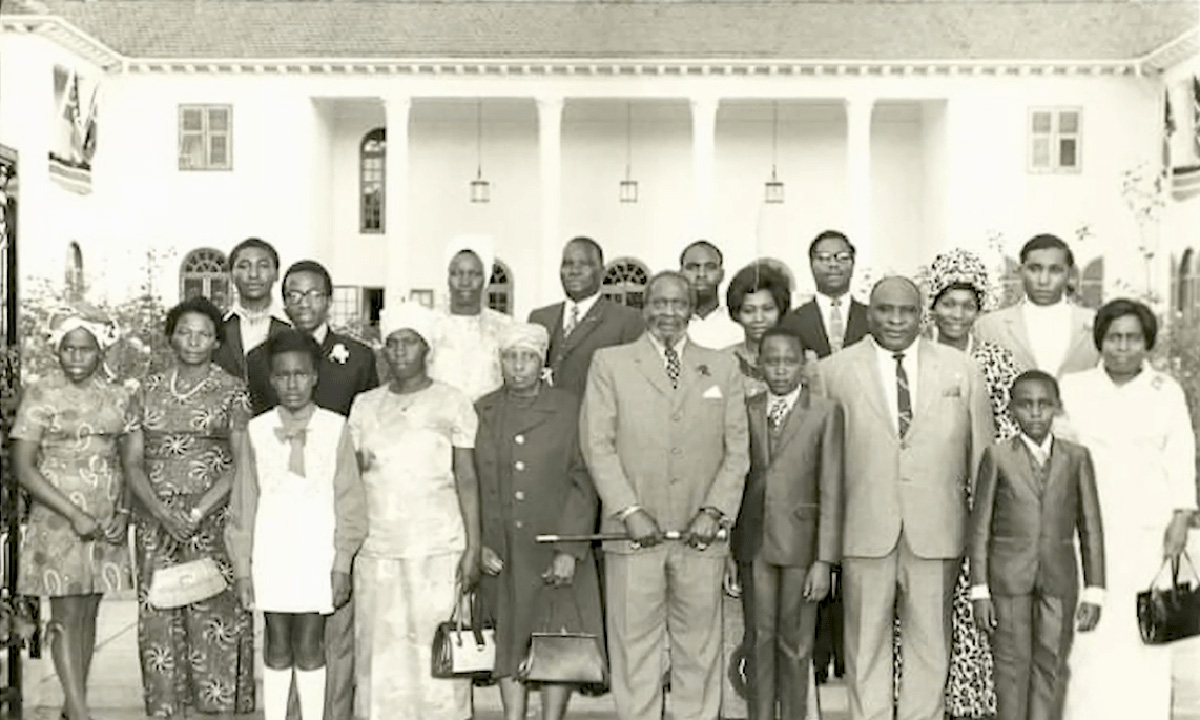 Kenyan President Uhuru Kenyatta came to power promising to fight corruption. Leaked documents in the Pandora Papers show his family has for years amassed a secret offshore fortune worth tens of millions of dollars. 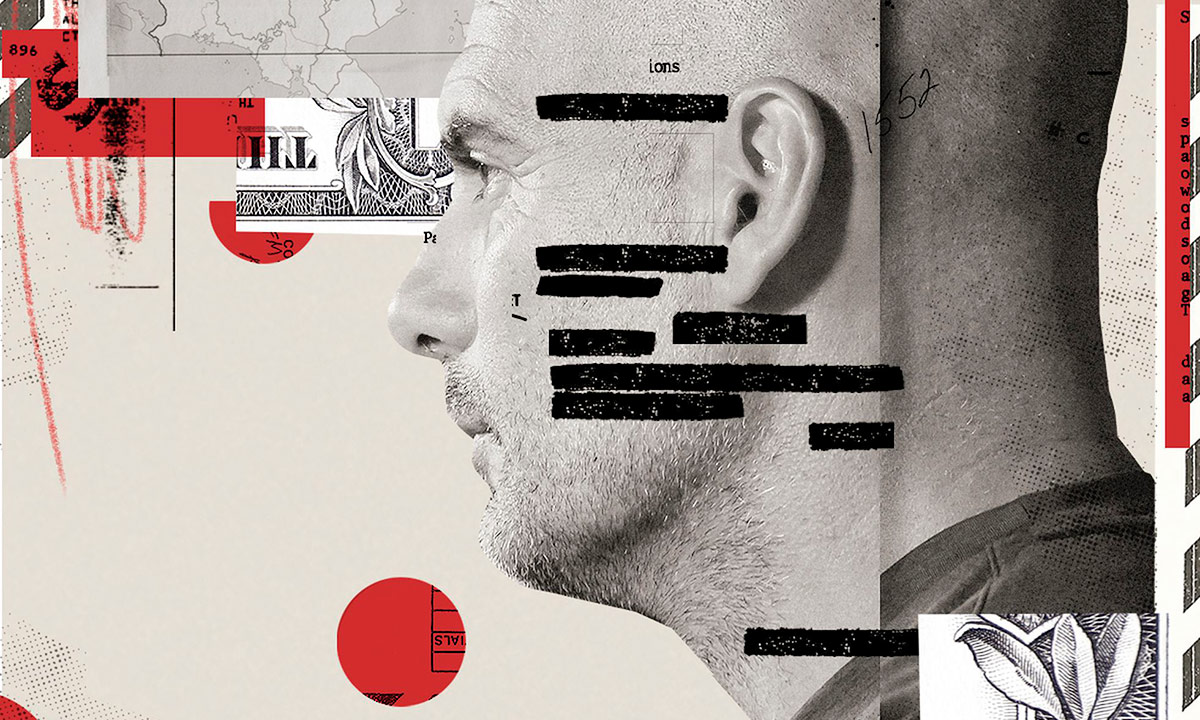 The Manchester City coach was depositing his salary there while playing at a team in Qatar, and failed to declare it to the Spanish Tax Agency while managing FC Barcelona. 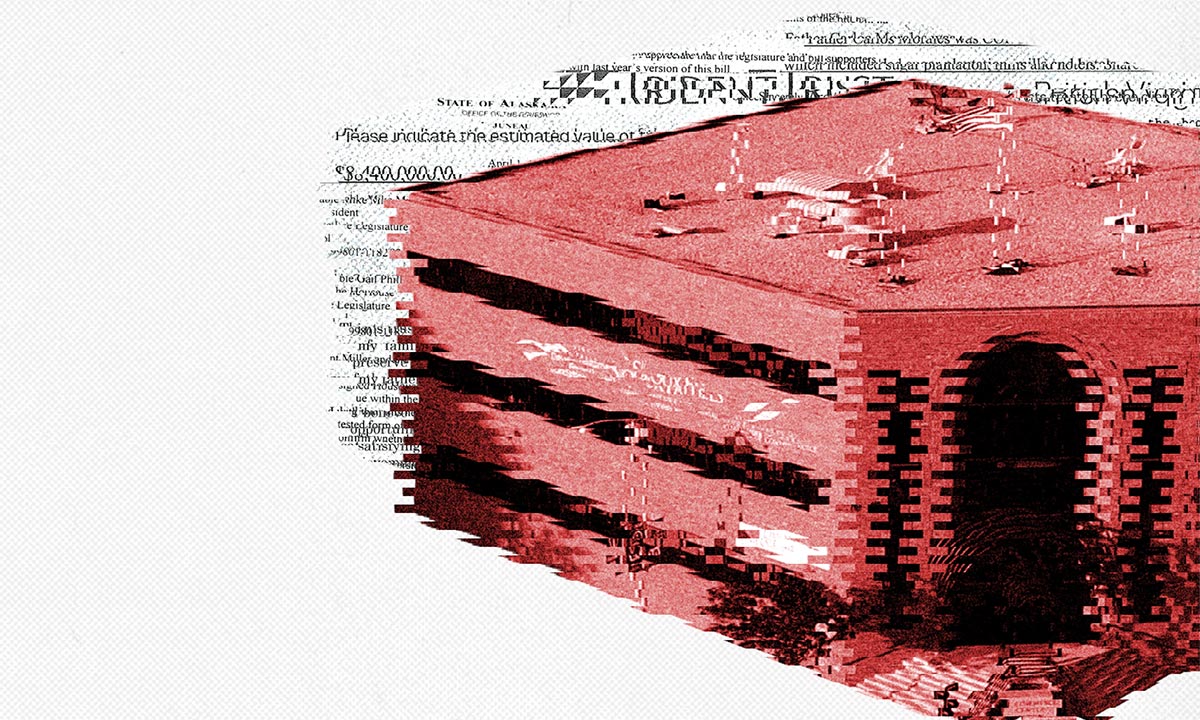 Foreign Money Secretly Floods U.S. Tax Havens. Some of it is Tainted

Moguls and others linked to money laundering, corruption and worker exploitation chose U.S. over the world’s traditional tax havens. 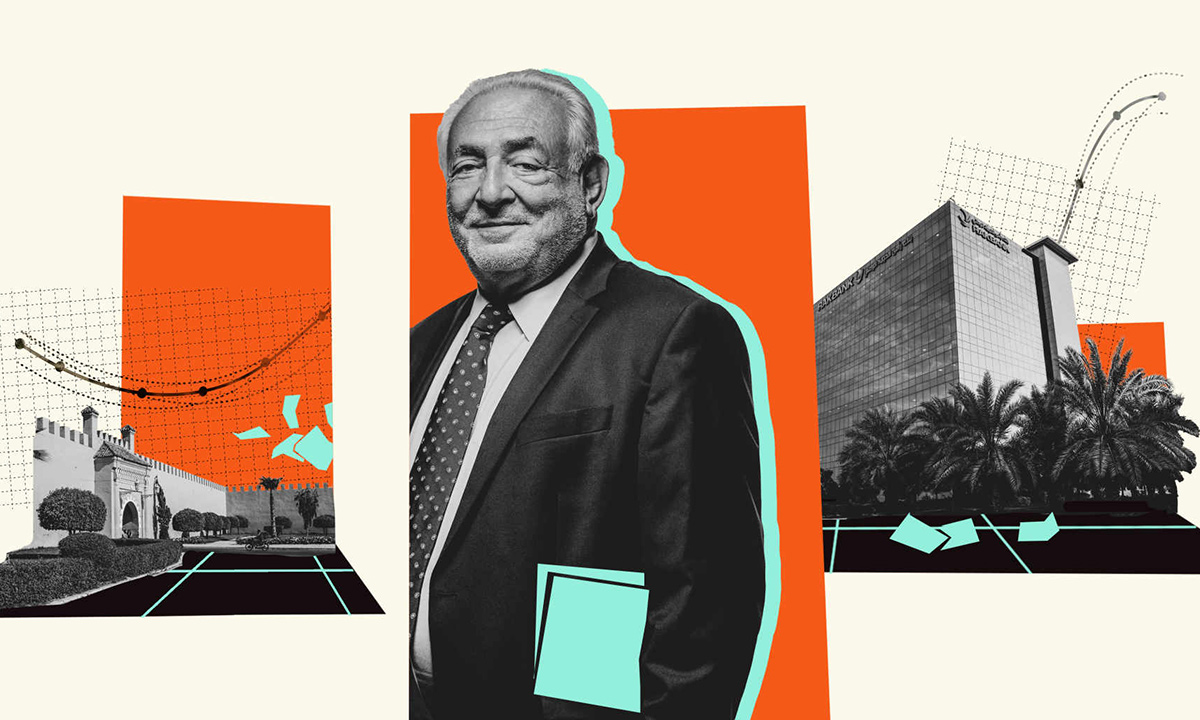 From Tassoultante, south of Marrakech — where he created his first company, Parnasse International in 2013 — the former IMF boss provides political and economic advice to governments that call on his services. 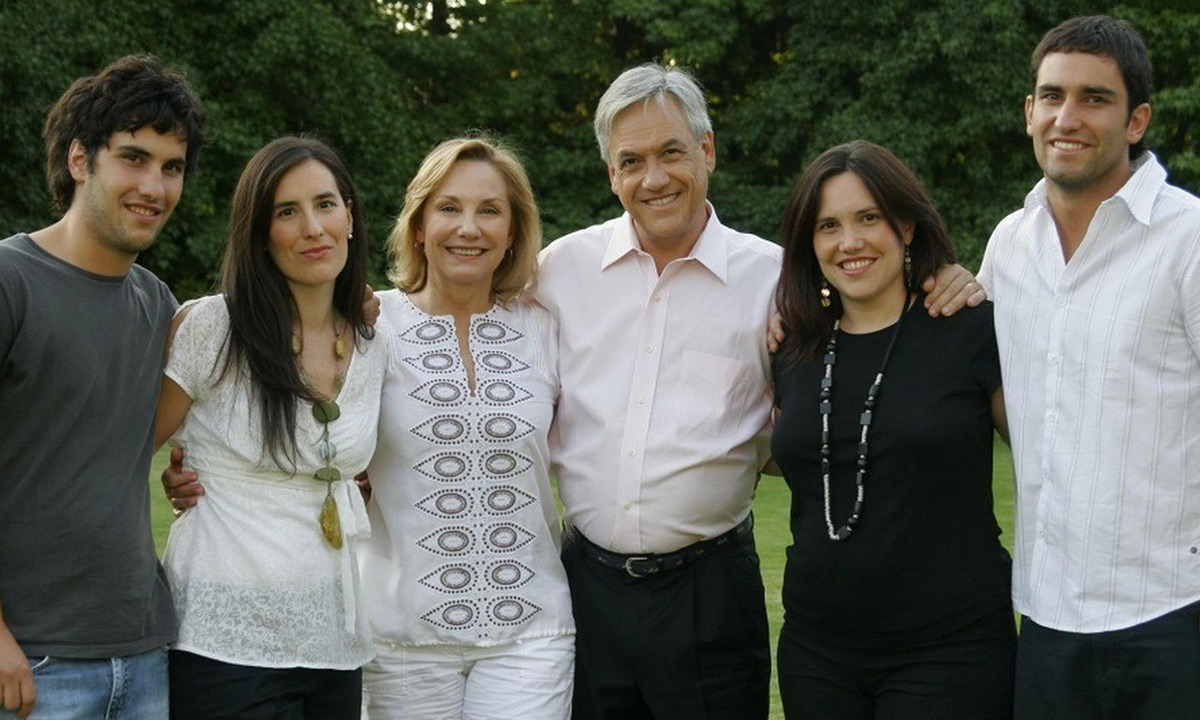 The Pandora Papers reveal details on companies created in the names of the Chilean leader’s children. 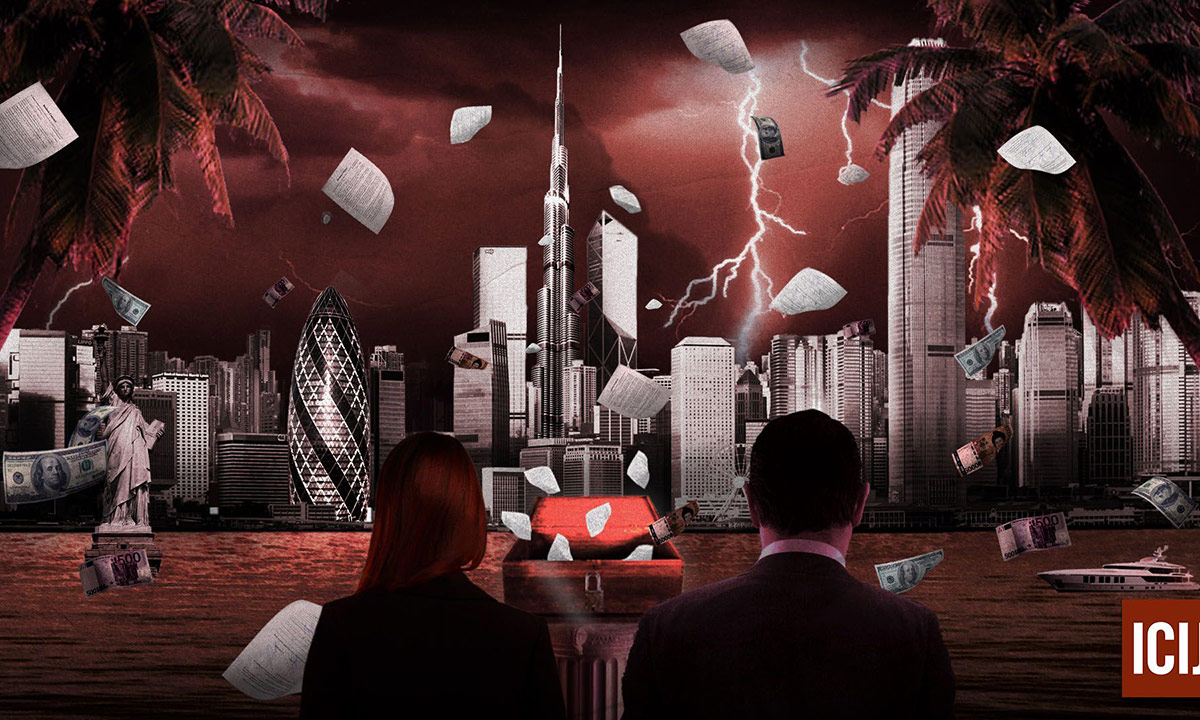 These are the Colombians mentioned, for now, in the Pandora Papers

The Colombian chapter of the Pandora Papers includes 588 names of Colombians that appear as actual owners of offshore companies. They include millionaires, former presidents, ambassadors, former congressmen, family groups and some prosecuted by the courts, who were mainly clients of the Alcogal and Trident Trust firms. 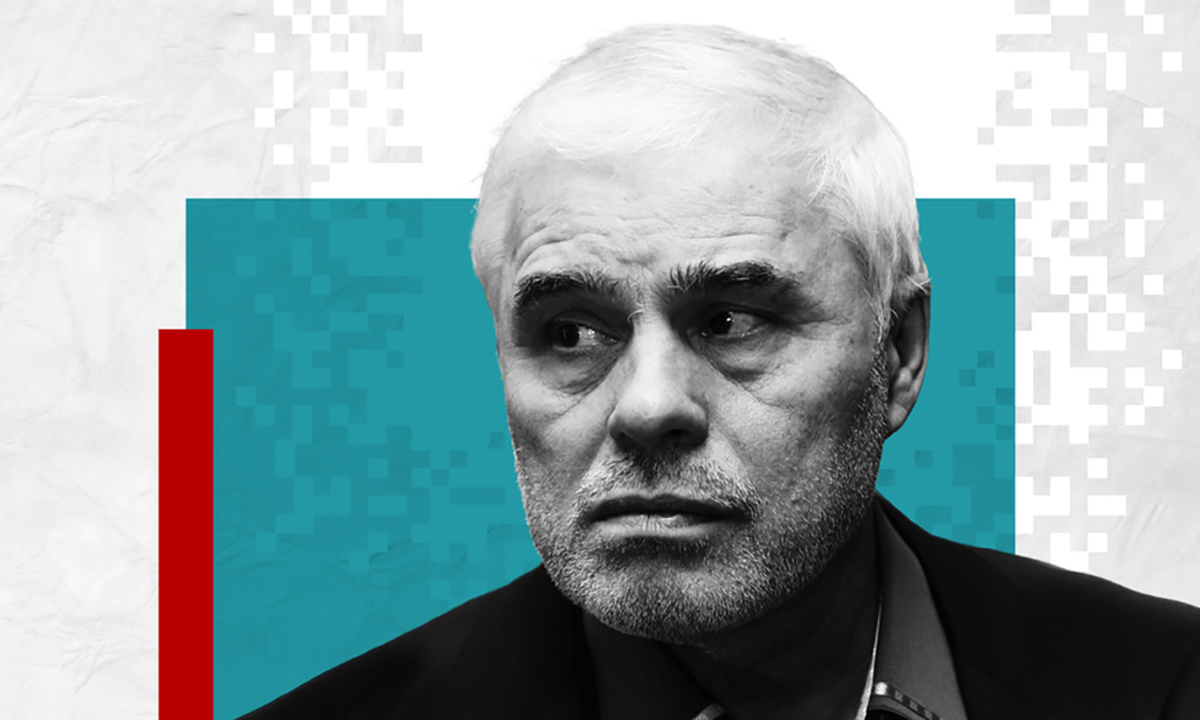 A businessman whose companies have backed 34 Tory MPs made millions from an allegedly corrupt Russian pipeline deal, leaked files show. 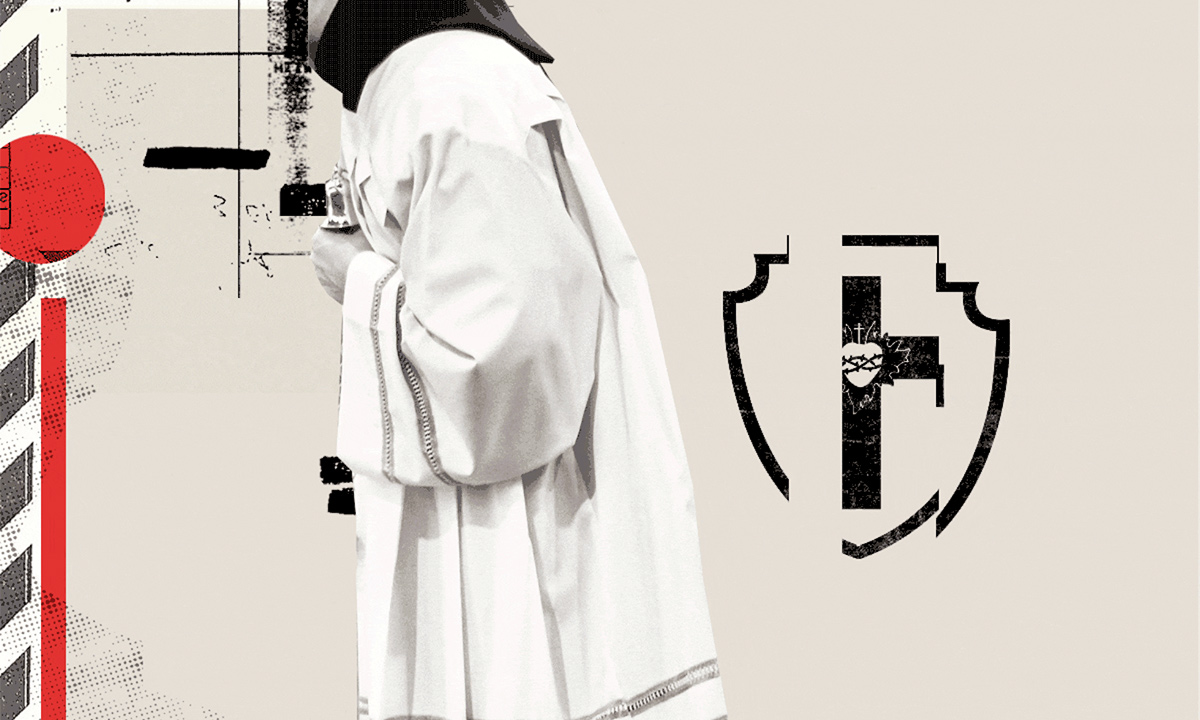 Members of the Roman Catholic religious order operated an offshore scheme that invested at least $18.5m in a portfolio across Mexico. 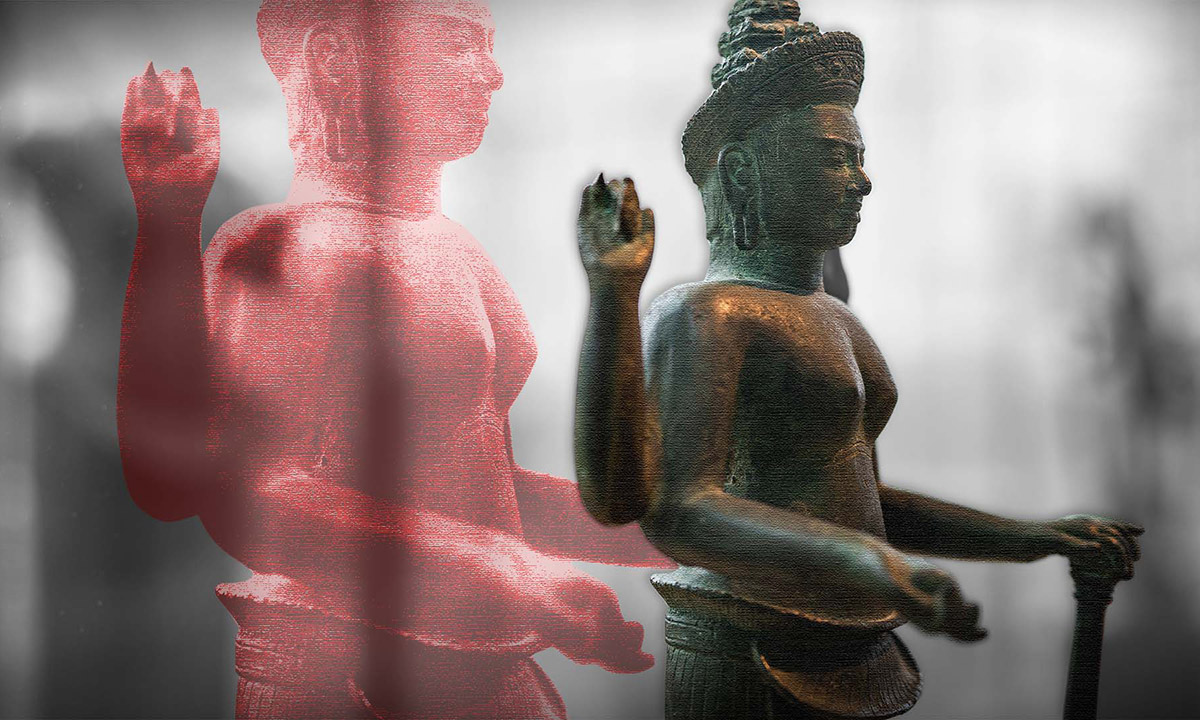 From temples to offshore trusts, a hunt for Cambodia’s looted heritage leads to top museums

U.S. investigators say Douglas Latchford trafficked ancient treasures for decades. Dozens of relics tied to the accused smuggler remain in the Met and other prominent institutions.

The Pandora Papers is a global investigation into the global offshore industry, examining nearly 12 million leaked files from 14 service providers. The project was coordinated by the International Consortium of Investigative Journalists (ICIJ), in collaboration with over 600 journalists — more than 70 of them from OCCRP’s network — in 117 countries.

OCCRP Partner Organizations in the Project: