In February 2015, Goran Radoman parked his armored BMW under his apartment building in Serbia’s capital, Belgrade. As he stepped out of the garage, he was cut down by a hail of machine gun fire. The suspected assassin is still on the run.

The attack was the opening salvo in a bloody war between two Montenegrin crime groups that continues today. The conflict has claimed the lives of dozens of people in former Yugoslavian countries and beyond, as the gangs battle to control routes for smuggling cocaine from South America to feed Europe’s 5.7 billion-euro-a-year habit.

Some of the dead and injured, like Radoman, were members and associates of organized crime groups, but others were relatives and innocent bystanders. The gangsters have used car bombs, pistols, machine guns, and snipers. As well as Montenegro, Bosnia and Herzegovina, and Serbia, they have killed in Greece, Spain, the Netherlands, Austria and Germany.

The rivalry between the Škaljari and the Kavač clans, which originated on opposite sides of a single mountain in the tourist area of Kotor, on Montenegro’s Adriatic coast, has upended the criminal underworld in the region. Crime groups have aligned themselves with one or the other, and some politicians and police have picked sides too.

Using classified intelligence reports, police and court documents, as well as interviews with gang members and people who know them, reporters pieced together the complex web of alliances behind the violence.

Their findings offer the first comprehensive picture of the secret war between these two cocaine clans, which have carved a bloody trail across Europe. 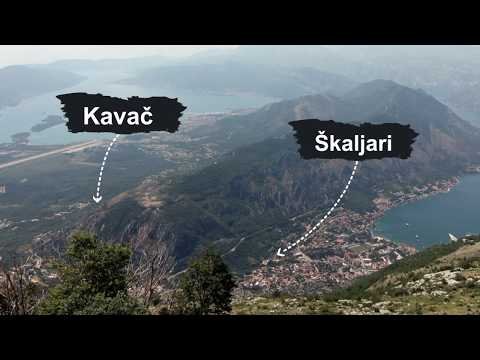 Dozens of gang members have been killed throughout Europe in a conflict that has Balkan crime groups taking sides, along with some politicians and police.

Gangsters and Hooligans: Key Players in the Balkan Cocaine Wars

These gangland battles have claimed lives across Europe. Here are the major figures involved.

Four men are on trial in Kyiv for allegedly attempting to murdering a Balkan drug lord. Three police officers played a role in the plot, but it’s unclear how much they knew, and none have been charged.

Since 2015, members of two rival Montenegrin cocaine clans have been killing each other in the Balkans and in countries across Europe. For nearly as long, OCCRP journalists have been tracking the deaths. Click the map and zoom in to learn more about these incidents, where they took place, and who was involved.