The son of Lithuania’s first president’s widow was sentenced on Friday for tax fraud in a criminal case launched after OCCRP’s Lithuanian partners exposed his property in Florida and illegal possession of some 400 thousand dollars. 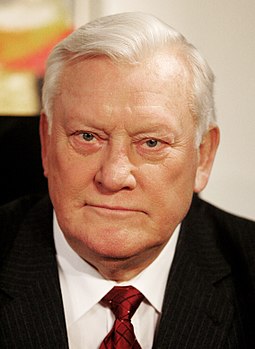 Algirdas Brazauskas, former president of Lithuania (Photo: Magnus Fröderberg, CC BY 2.5 DK)Investigative outlet 15min. exposed in 2017 the hidden dealings of a hotel company owned by Ernestas Butrimas and his mother Kristina Brazauskiene, the widow of modern Lithuania’s first president. Documents discovered with OCCRP’s research tools proved that the UAB Draugystes Viesbutis company acquired a mansion in Florida which it then sold for a huge profit. The asset and the deal were never declared to Lithuanian authorities.

The mansion in Coconut Creek, a planned community nearly 40 miles north of Miami, was bought in 2010, for US$220,000. Six years later, Draugystes Viesbutis sold it for $420,000. In its annual reports, the company stated it owned no real estate whatsoever.

After the story broke, Lithuania’s Financial Crime Investigation Service launched an investigation into the company and its director Butrimas.

He initially denied ownership of the Florida mansion and claimed the documents that prove the connection are forged. Once the criminal case moved on, he changed his stance and voluntarily paid some of the taxes the company allegedly dodged. In court, Butrimas claimed there was no intention to avoid taxation and claimed the whole thing was an error in the company’s accounting.

Two years after the story broke, Butrimas heard the sentence. According to 15min, the businessman was found guilty of “fraudulent management of accounts and provision of inaccurate data seeking to evade payment of taxes.”

Although the sentence involved no jail time and only a 9,145 euros (US$10,000) fine, the businessman said he will appeal.

Butrimas is the son of Kristina Brazauskiene from her first marriage. Brazauskiene was the second wife of late Algirdas Brazauskas, the former leader of Lithuanian communists and its first elected president.

He married Brazauskiene in 2002, while he was the Baltic country’s prime minister. He died in 2010.

Brazauskiene used to brag about her holidays in Florida. However, she flatly denied any knowledge of the Mansion owned by her and her son’s company.