The vice chairman of Lithuania’s parliament had his re-election to parliament in recent polls nullified on Sunday over a vote-buying scandal. 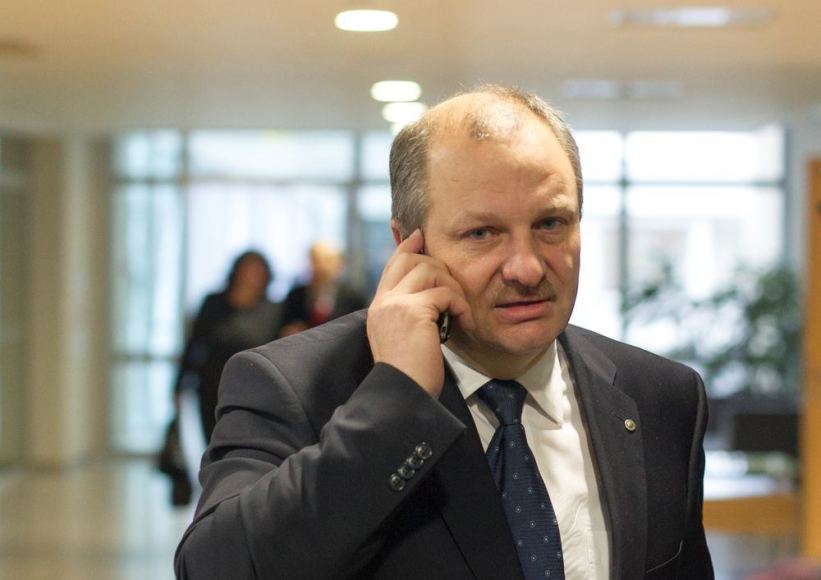 Kestas Komskis (Photo: Irmantas Gelunas / 15min.lt)Lithuania’s Chief Electoral Committee (CEC) decided to eliminate Kestas Komskis, of the Order and Justice party, from the final electoral list of a constituency in the city of Silute, just over two weeks after police announced a probe into allegations of vote-buying by Komskis and the party in the city.

The CEC made its decision after getting a hold of data collected by police in their investigation, which is still ongoing. According to the police, votes in Silute were bought with cash, alcohol and cigarettes.

With Komskis disqualified, the seat in the new Lithuanian parliament will go to Vytautas Kamblevicius, another Order and Justice member who also benefited from the alleged vote-buying. However, the CEC said there was no definitive proof that Kamblevicius was aware of the alleged scheme.

“I have not been questioned, I am not a suspect, nobody from our party took part in (vote-buying),” Komskis said.

But on Monday, Order and Justice said it would not back Komskis, who suspended himself from the party in mid-October.

The scandal is the second to hit Komskis recently. In September, it emerged that his brother, Arvydas Komskis, had shot a Lithuanian border guard hound to death as it chased cigarette smugglers. The incident added fuel to rumors, which are not backed by solid evidence, that the family is connected to smuggling rings on Lithuania’s border with the Russian enclave of Kaliningrad.