Kristina Brazauskienė, the widow of Lithuania’s former Prime Minister Algirdas Brazauskas, is under investigation for tax fraud. The investigation was launched in April after OCCRP’s Lithuanian partner, 15min.lt, disclosed hidden assets in Florida that documents indicate are owned by Brazauskienė and her family. 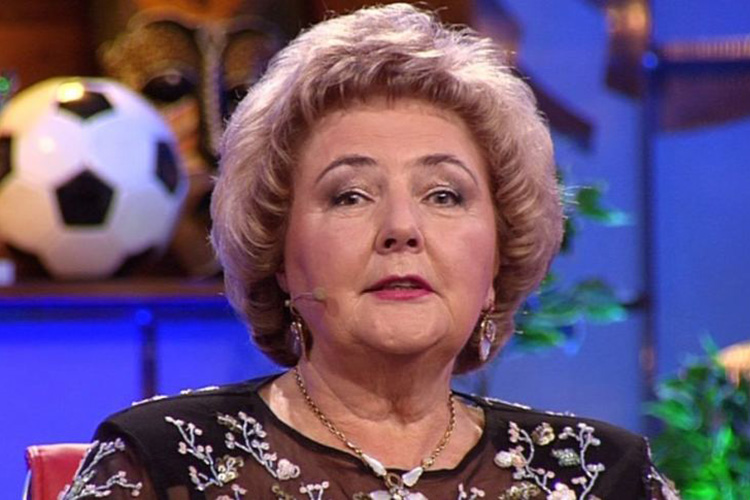 Investigators are looking into two Florida properties: one owned by Brazauskienė’s son and business partner, Ernestas Butrimas; and one recently sold by UAB Draugystės Viešbutis, a company owned by the widow and her son. The second property never appeared in the company’s official records.

The authorities also want to know where the pair got the money to pay for them.

Brazauskienė and her son deny owning the properties, although Brazauskienė has spoken frequently on TV about her journeys abroad and her status as a frequent flier to Miami. After the investigation by 15min.lt, the Florida properties are being probed by two Lithuanian institutions: the Financial Crime Investigation Service (FNTT) and the Tax Inspectorate (VMI).

Brazauskas was one of the most influential politicians in Lithuania’s recent past. The one-time apparatchik broke with the Communist Party as the Soviet Union crumbled and went on to serve as Lithuania’s first post-Soviet president from 1993 to 1998 and as prime minister from 2001-2006.

Brazauskienė, who is often described as an entrepreneur, has herself also been active in politics, having served on the city council of Vilnius, Lithuania’s capital, from 2003-2007. Butrimas is her son from her first marriage.

Coconut Creek, Fl., is a planned community of about 60,000 residents nearly 40 miles north of Miami, just south of Boca Raton on the Atlantic coast. 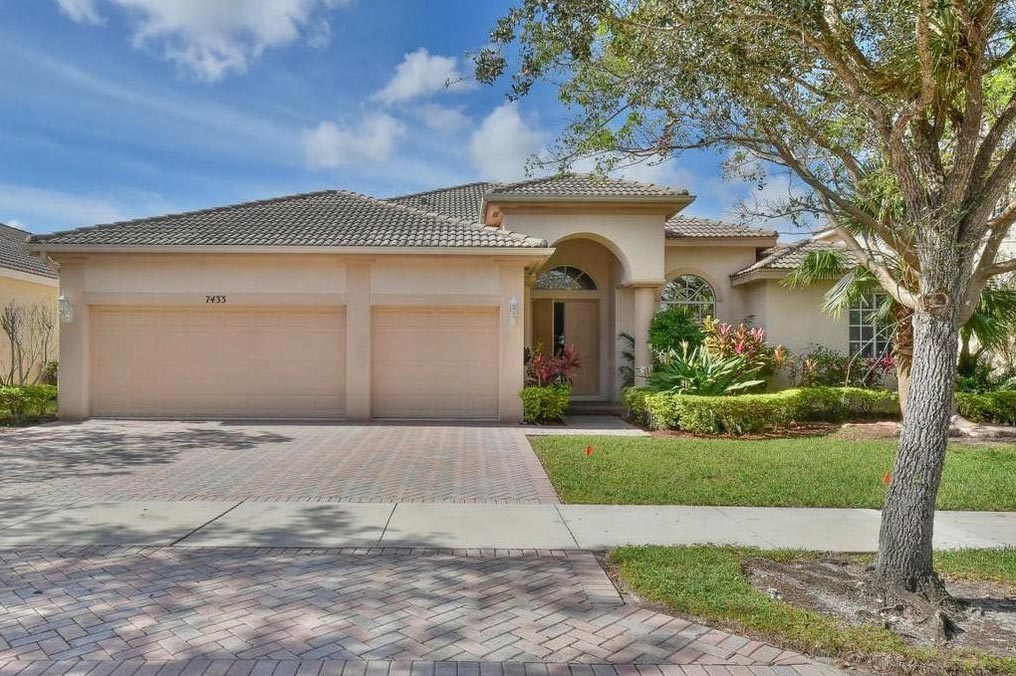 The house in Coconut Creek, FL, secretly owned by Draugystės Viešbutis, a company that belongs to Kristina Brazauskienė, the widow of Lithuania’s former Prime Minister, and her son Ernestas Butrimas. (Photo: realtor.com)

In March of this year, reporters for 15min.lt uncovered records connecting an expensive residence at 7433 Northwest 51st Way, Coconut Creek, to UAB Draugystės Viešbutis, a Lithuanian company owned by Brazauskienė and her son Butrimas.

The property is not mentioned in the company’s official filings.

According to Florida property records, Brauzauskienė’s company bought the home in 2010 for US$220,000. Six years later, the records show it was sold for nearly twice the price: $420,000.

Yet in financial statements filed with the Lithuanian business registry, the company said it owned no real estate. Also, its financial records for 2010 and 2011 — covering the period when the house was purchased -- show no significant spending on new assets.

Butrimas, Brazauskienė’s son and business partner, denies owning the house. “I’ve never heard of it. This is some forgery,” he said. He dismisses the documents from Florida as counterfeit, though his signatures were verified by a notary who indicated he had presented his driver’s license as identification.

The legal address for UAB Draugystės Viešbutis is in Vilnius, according to the Florida property records. Never mind that, Butrimas says: The company is American. “Do you understand? This is an American company. It might even have nothing to do with Lithuania.”

Brazauskienė says she knows nothing about any Florida house. Told it was in Coconut Creek, she said, “Oh, I love coconuts. Send me an SMS with the address. The next time I visit, I’m going to go looking for coconuts.”

The prime minister’s widow says she loves Florida and would very much like to live there if she ever decides to leave Lithuania. However, she says, she stays with “American Lithuanians” during her visits to the state.

While searching Florida property records, 15min.lt found another Florida property, this one owned by Butrimas. It’s located about 25 miles southeast of the Coconut Creek property, closer to the coast and to Miami. 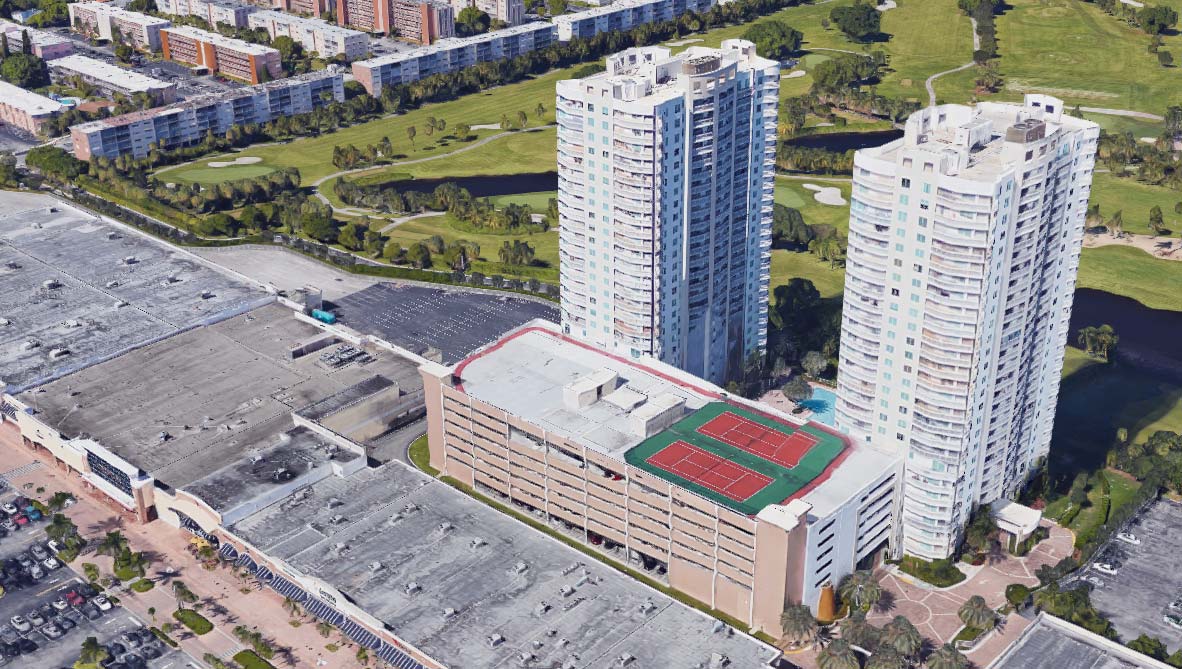 The records show that Butrimas and his father, Brazauskienė’s ex-husband Antanas Butrimas, paid $380,000 in 2008 for a luxury apartment in Duo Hallandale Condominiums, a complex of two skyscrapers at 1755 East Hallandale Beach Boulevard in Hallandale Beach, Florida.

The Florida business registry also says that Butrimas was involved in at least two local businesses. One, EB Global LLC, was registered in the Hallandale condo and owned by Butrimas.

When an OCCRP reporter asked Butrimas about the property, he said he has been a US resident for nearly two decades but refused to explain the origin of the money he paid for the condo. He accused the reporter of taking part in a plot against him.

Brazauskienė denies any knowledge of the Coconut Creek house or the Duo Hallandale condo. However, her own pictures provide evidence for questioning these claims.

In February 2015, Brazauskienė gave an interview to a Lithuanian news portal alfa.lt, where she discussed her Florida vacation spent with Butrimas and his wife. She also sent a few pictures from Florida to the media outlet.

Two of the pictures appear to have been taken at one of Duo Hallandale's twin towers. Visual comparison of these photos and 3D visualizations provided by Google Maps indicates that the photos were taken from Duo Hallandale. 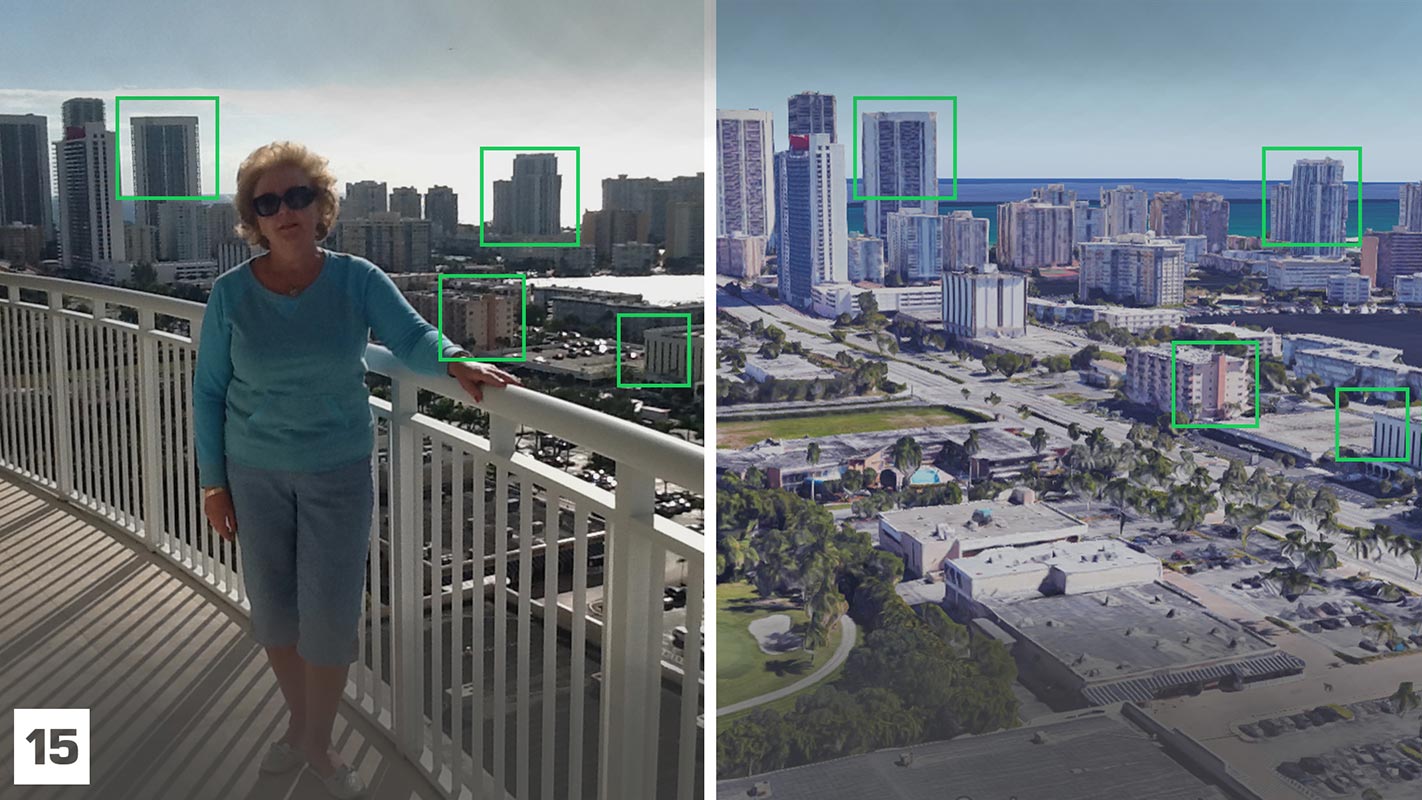 On the left, Kristina Brazauskienė provided this photo of herself, taken in January 2015, for an interview with alfa.lt, a Lithuanian news portal. The reporter had asked for photographs from Florida. She told OCCRP she does not recall where the photo was taken. On the right is the Google 3D view from the rooftop of Duo Hallandale in Hallandale Beach, Florida. The four buildings outlined in green are exact matches with the buildings marked in the same manner in the photo submitted by Brazauskienė to alfa.lt. (Left photo: alfa.lt, courtesy Kristina Brazauskienė. Right photo: Google Maps. Illustration by Šarūnas Černiauskas.)

Brazauskienė says she stays with Lithuanian friends when in Florida, and denies that one of these ‘friends’ is her son. When confronted with her own photos, Brazauskienė said she doesn't remember if she visited Duo Hallandale during her Florida trips. “I've been to lots of skyscrapers,” she said.

Two Investigations into the Florida Assets

After 15min.lt ran stories about the Florida properties, on April 13 Agnė Bilotaitė, a member of the Lithuanian Parliament, asked the authorities to investigate the origins of the money used to buy them.

In May, the Financial Crime Investigation Service told Bilotaitė that an official criminal case has been launched against Draugystės Viešbutis and its owners. The FNTT suspects Brazauskienė, her son and their business may be involved in false accounting and tax fraud.

To date, the FNTT has disclosed no details of the ongoing probe.

Dovydas Pancerovas contributed to this story.