With Brazil’s far-right president Jair Bolsonaro claiming that COVID-19 is just a “little flu” and refusing to impose stronger measures to fight the pandemic, some criminal gangs have started imposing their own “coronavirus curfew” in Rio de Janeiro’s favelas. 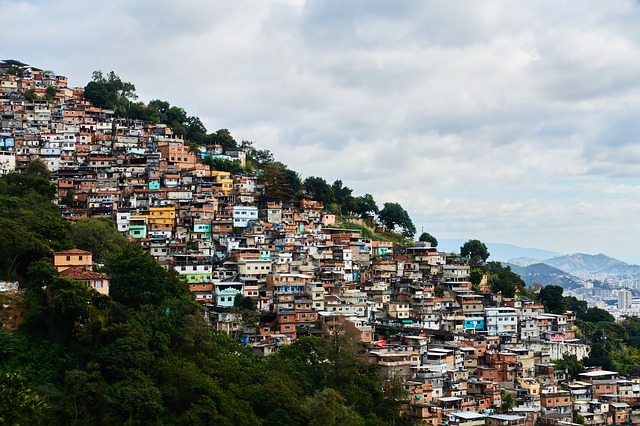 Still crowded a few days ago, the streets of Rio’s favelas were empty on this week after gangs warned citizens to stay home, João Carlos Monteiro, a PhD student in urban geography, told OCCRP in a phone interview on Wednesday.

In the favelas in the north of the city where Monteiro lives, “drug traffickers announced (their curfew) first on large posters,” he said. Then they sent messages on social apps and “blared it out on megaphones mounted on cars driving up and down the streets.”

“Attention all residents [...] Curfew as of today 8:00 pm. Anyone seen on the street after this time will learn to have respect for others,” local gangs warned favela residents on Monday, TV broadcaster Globo reported.

“We want the best for the population,” stated another message, “If the government does not have the capacity to fix it, organized crime will solve it.”

Fear is growing across Brazil that the disease could cause havoc in the country's favelas, home to about 15 million people. “It can turn into a tragedy. There are already sanitary and water access problems. In the favelas, the population density is enormous, people live in promiscuity,” Monteiro said.

“Many of them can not stop working, and were still walking the streets exposing themselves to the risk of infection,” said an organization promoting education, sports and culture in favelas,

the Central Unica de Favelas. In cooperation with other NGOs, it launched the #FavelaContraOVirus movement in order to raise awareness about the vulnerability of the country's poorest neighborhoods.

The Brazilian government has not taken any specific measures to prevent the spread of the disease in favelas, except urging people to "fight the coronavirus” and “avoid leaving” the house.

There were already 61 people suspected to have COVID-19 across Rio’s favelas on Monday, the Municipal Health Department told Globo.

Basic services such as garbage collection, water and electricity are lacking in those neighborhoods, while “drug traffickers maintain their relationship with the community through food and medicine distribution and by helping poor families,” explained Monteiro.

Although that relationship is sometimes altered by violence, the drug traffickers often assume the role of providers in these communities.

Curfews are part of the culture in the favelas, as drug traffickers often impose them when an important member of their gang dies. But never in Rio had they gone so far as cancelling the “bailes funk” - big dancing parties they throw every weekend to sell drugs.

“Even among the drug traffickers, there is a consensus regarding this crisis,” said Monteiro.

Consensus is precisely what’s absent at the governing level.

If Bolsonaro is reluctant to take countrywide social-distancing measures, many state governors decided not to wait. Since last week, the state of Rio de Janeiro has suspended public transit and prohibitedbeaches, bars and restaurants. The state also banned most international and local flights.

In the interview on Sunday he gave right after he shook hands with people in a crowd, Bolsonaro called those measures “exaggerated,” saying that imposing them “could cost millions of jobs,” and criticizing governors for imposing them.

He also accused the media and his political opponents of feeding a “hysteria.”

“The people will soon see that they were tricked by these governors and by the large part of the media regarding coronavirus,” the president claimed.

But daily pot-banging protests and opinion polls seem to demonstrate that Brazilians are not happy with how their government is handling the pandemic.

A survey by the firm Datafolha showed that one out of three Brazilians consider Bolsonaro’s crisis management to be “bad or terrible,” and the rate climbed to 52% among those with higher education. The survey also acknowledged that 73% of the respondents said they support quarantine measures.

The Ministry of Health said on Wednesday that there were more than 2,400 corona cases and 57 fatalities in the country. Insisting on urgent measures, Health Minister Luiz Henrique Mandetta expressed his outrage with the president and is no longer attending press conferences.