A radio journalist whose broadcasts explored alleged corruption and malfeasance by politicians and police has been murdered in Pernambuco state, Brazil. 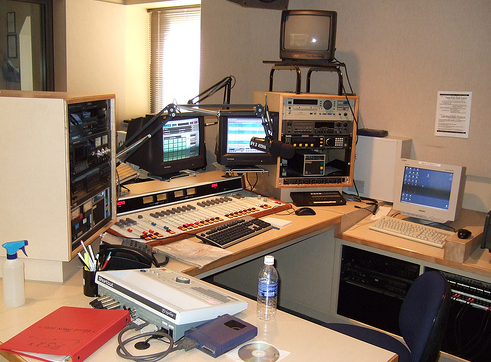 Microfone Aberto aired on Radio Itaenga FM in Brazil.Israel Goncalves Silva was shot at least twice in Lagoa da Itaenga, a small town in the north east of the country, at 7.30am on Tuesday morning, reports the Committee to Protect Journalists (CPJ). He had just taken his children to school.
The reporter hosted a daily show called Microfone Aberto ("Open Microphone") on Radio Itaenga FM. He took calls from listeners and interviewed local politicians about controversial issues.
According to the CPJ, Silva's colleague Edilson Gomes dos Santos said the reporter had received several death threats for his outspoken views.
The Pernambuco state social defence department assigned a special delegate to investigate the murder, demanding "the elucidation of this barbarous crime as soon as possible".
The shooting is the latest in a series of attacks on journalists and bloggers in Brazil. Others killed in 2015 include Evany Jose Metzker, who was found decapitated in May.