Transparency International (TI) and dozens of civil society groups on Monday called for the protection of whistleblowers during the COVID-19 crisis and urged citizens to make sure governments and corporations are held accountable for their actions during the pandemic. 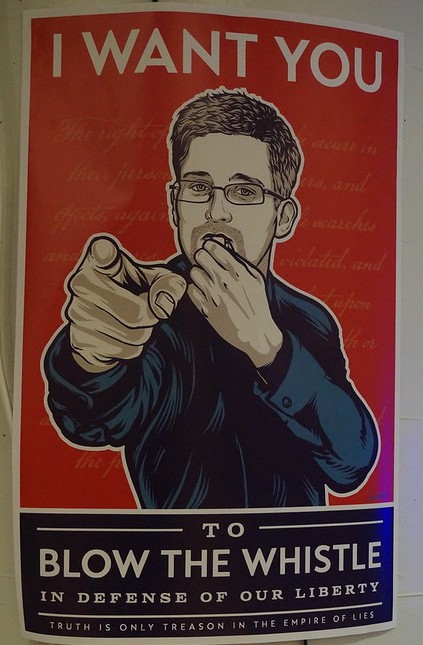 Special protection for whistleblowers in times of COVID-19. (Photo: mike (CC BY-SA 2.0))“The signatories to this letter call on all public authorities and institutions to protect those who report or expose the harms, abuses and serious wrongdoing that arise during this period of crisis caused by the COVID-19 pandemic,” the letter of the coalition said.

The organizations have also called on all citizens and workers to “participate in ensuring our governments, corporate institutions and markets remain accountable, and in defending the human rights and freedoms of all people.”

Transparency International stressed the importance of whistleblowers, describing them as “one of the most effective ways to detect and prevent actions that undermine the public good.” Whistleblowers are especially critical in times of crisis when the normal oversight of decision-making can be weakened, it said.

The organization also warned that an effective response to the crisis requires transparency, integrity and accountability in government and regular and reliable information from public institutions.

“The need for transparency and integrity, heightened in this time of crisis where abuses can cost lives, illustrates the essential role of those who speak up in the public interest,” according to Marie Terracol, the TI Whistleblowing Programme Coordinator.

TI said that already in the early stages of the global outbreak of the COVID-19 pandemic, worrying reports have emerged globally about hospitals and public authorities “retaliating against healthcare professionals for speaking out about the realities” of the disease. The watchdog underlined the reports from China or the US.

Decision-makers at the highest level should “resist the temptation to control the flow of information and instead offer assurances to individuals who witness corruption and wrongdoing to blow the whistle,” TI said.

“National governments, public institutions and companies should listen to workers and citizens who come forward and report abuses they witness and protect them from retaliation, including in countries which still do not offer robust legal whistleblower protection,” Marie Terracol said.

She stressed that people should feel safe to speak up and make a difference.

Since the beginning of the COVID-19 outbreak, OCCRP has been reporting on irregularities, crime and corruption related to the pandemic as well as the misuse of the situation by some governments to reduce human rights and undermine rules of democracy.

In that sense whistleblowers, according to the TI report, are important, as their information about wrongdoings and fraud have in the past helped save millions in public funds.

When exposing crimes, whistleblowers risk their career, even personal safety, as they have often been fired, sued, arrested, threatened, even assaulted or murdered.

“Once we have overcome this crisis, countries should ensure that their legislation effectively protects whistleblowers, and adopt and enforce whistleblowing laws that are in line with best practice and international standards,” TI’s Marie Terracol concluded.