An Armenian court has concluded that there is insufficient evidence that Robert Kocharyan, former President of Armenia, committed corruption, Kocharyan’s lawyer told OCCRP on Monday. However, the ex-president will remain in custody because of a second indictment. 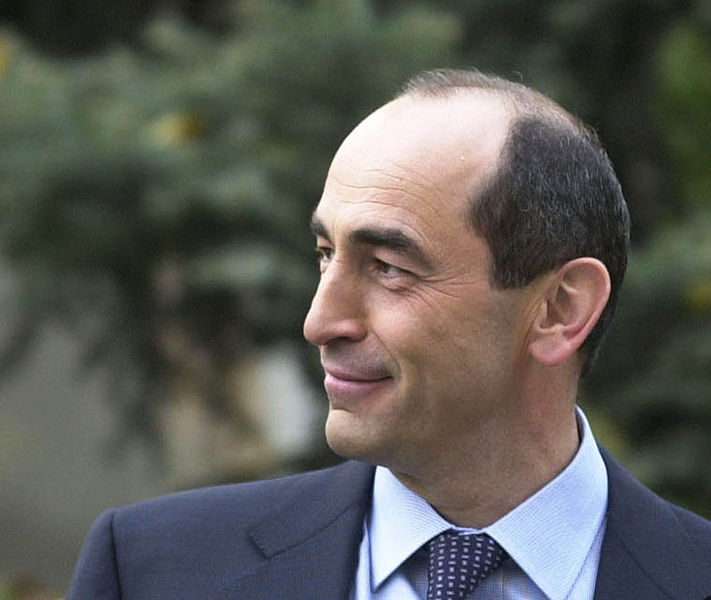 Former President of Armenia Robert Kocharyan (Photo: Limegirl, CC BY-SA 3.0)In the first hearing since the corruption charges were initiated, the court heard arguments regarding both charges leveled against Kocharyan – that of the overthrowing of the constitutional order and of corruption.

The court made its decision on Friday, concluding that “there are not enough materials in the case to prove the accusations in corruption on the level of reasonable suspicion” according to lawyer Aram Orbelyan.

Armenian law necessitates that during the pretrial investigation, if there are “grounds to believe that the person may escape, hide or otherwise hinder/create obstacles for the investigation” the courts decide on the defendant’s arrest for a maximum of two months.

If during this period the conditions are still present, then the arrest can be prolonged again, as long as it does not exceed more than one year altogether.

Kocharyan was arrested four months ago but the corruption charges were added only recently when the second two month period was to come to an end.

The charges stem from the accusation of an Armenian businesswoman, Silva Hambardzumyan, who alleged that she had had to bribe Kocharyan during his presidency to not impede her business activity. Orbeyan has previously told OCCRP that the charges are fake and the defense is counter-suing for libel.

Kocharyan’s trial will most likely start by June this year, but Orbelyan explained that the corruption charge is still in the pre-investigation phase and that materials of the case include “76 chapters/13 boxes of printed text and 200 GB of video and photographic materials.”

Kocharyan’s continued detention is now solely based on the first indictment, which concerns his time as president. The Armenian Special Investigative Service (SIS) accused him of having overthrown the constitutional order of Armenia during the final weeks of his rule in 2008.

The SIS say that he illegally used Armenian army units against protesters that took to the streets claiming election fraud. Kocharyan is accused of ordering the use of illegal force. Eight protesters were killed along with two police officers in the ensuing clashes.