U.S. President Donald Trump replaced the recently appointed inspector general who was tasked with overseeing the country’s US$2.2 trillion coronavirus relief bill, reports said on Tuesday. Critics argue the move is part of an ongoing effort by the Trump administration to discharge and intimidate anyone who might go against its will. 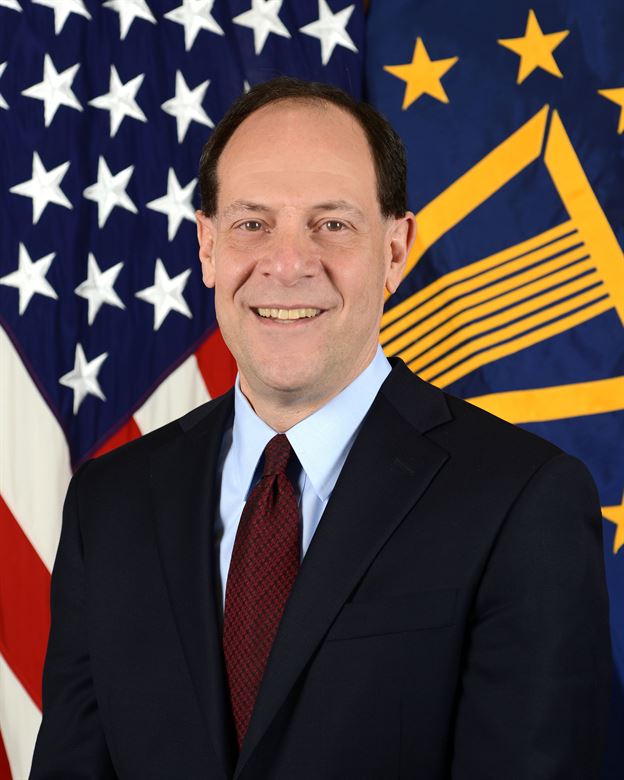 Glenn Fine, who was effectively removed from his position as the head inspector of the $2.2 trillion in coronavirus relief Credit: U.S. Department of DefenseGlenn Fine, previously the acting inspector general for the U.S Department of Defense – who appeared to have nearly universal approval to lead the oversight committee – was relieved of his position at the Pentagon and is no longer eligible to oversee the pandemic response fund.

Trump has slated the current acting Inspector General of the U.S. Environmental Protection Agency to serve as chairman of the oversight committee, effectively overriding the will of the group who were tasked by Congress to monitor how his administration plans to disperse trillions of dollars in aid throughout the country.

The President may have telegraphed this decision prior to passing the bill when, in his “Signing Statement,” he told the public that the committee mandated by Congress does not have the constitutional authority to dictate or oversee how his administration spends the coronavirus relief funds.

“Today, Trump did everyone a favor and made his corruption blindingly obvious,” Citizens for Ethics wrote.

The President’s decision to replace Mr. Fine comes after he filed a similar action last Friday against Michael Atkinson, who was serving as the inspector general of the intelligence community.

Atkinson sought to protect the identity of the whistleblower who released information about withheld aid to Ukraine that was used against him in his impeachment trial, and became a frequent target by the Trump administration in press conferences.

Trump has also been vocally critical of an inspector general of the Department of Health and Human Services after she voiced concerns about ventilator shortages across the country.

“The Inspector General Act, which was adopted in the late 1970’s after President Nixon was found to have lied to Congress and the general public, was set up in order to appoint semi-independent officials with a direct line to Congress that could hold the executive branch accountable under these sorts of circumstances,” John Kostyack, Executive Director of the National Whistleblower Center, told OCCRP.

This system, he explained, has worked fairly well over the following decades, and the country has never seen a U.S. President attempt to fire or publicly intimidate an inspector general.

“What President Trump is embarking upon here is pretty unprecedented,” he said, explaining that this action is more than about the firing of one or two individuals.

“He’s sending a message to anyone working in the federal executive branch that if you speak truth to power, you get fired.”

At his daily briefing, Trump did not offer any specific justification for his administration’s decision to replace Mr. Fine, but alluded to the fact that his decision to switch out several inspectors general from the previous Obama administration was a way to weed out potential bias.

According to Axios, Trump may fire additional inspectors general in the coming weeks. His Conservative allies have reportedly advised him that these congressionally appointed watchdogs are part of a “deep state” that works across the government to undermine him.

Although the media has been covering these firings, Kostyack says that media scrutiny does not seem to be deterring the President. His organization is calling upon Congress to assert its constitutional oversight authority.

Meanwhile, Democratic committee leaders have been seeking legislative proposals that could curb the president’s ability to remove inspectors general for political reasons, Politico reported on Friday.

While several actions have been proposed, some that are at Congress’ disposal include blocking some of the political appointments of the administration until the necessary safeguards are in place, or withholding coronavirus aid until it is confident that the funds will not be misused or misallocated.

“We need whistleblowers more than ever,” Kostyack added. “Given the vast amount of money running through the federal government, with its head displaying authoritarian tendencies, it appears as though these funds are highly vulnerable to fraud and abuse”.