Prosecutors on Thursday requested former French mayor of the affluent Paris suburb of Levallois to be put behind bars for seven years and his wife for four, claiming the two were corrupt, evaded taxes and laundered money, according to Le Parisien. 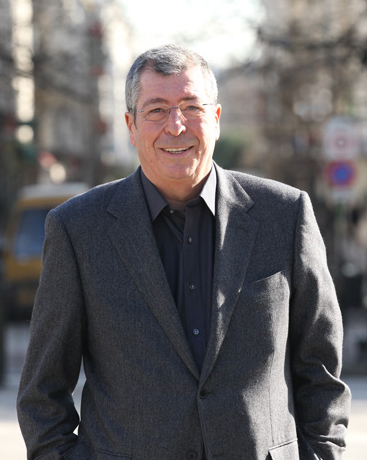 Patrick Balkany (source: Wikipedia Commons - Matt92300)As part of the ongoing trial, the National Financial Prosecutor’s Office has requested that in addition to his prison term, Patrick Balkany  be banned from public service for ten years and that some of his family’s property be confiscated.

Balkany’s wife Isabelle - the deputy mayor of Levallois - would apart from her prison term be required to pay a US$560,000 fine for money laundering tax fraud. Isabelle was absent during the proceedings, allegedly because she was recovering from a suicide attempt.

"This is the most serious breach of public probity, a corruption of this magnitude is an attack on democracy and an outrage to the 600,000 volunteers who work in municipal councils," Prosecutor Serge Roques said on Thursday, according to the paper.

Between 2007 and 2013 the Balkanys squirreled away $14.5 million into various offshore accounts as well as villas they held in the West Indies and Marrakesh, The Brussels Times reported.

Other reports reveal details behind the Balkanys financial habits, including the fact that the pair - whose personal wealth reaches $17.9 million - paid no wealth tax between 2010 and 2015.

Their spending was also often excessive. From 2010 to 2013 the couple bought more than $97,000 worth of airplane tickets in cash.

And while they had previously stated that their wealth was inherited, The Brussels Times noted that a state attorney claimed that they had failed to procure the necessary documents to prove this.

The Balkany’s purchase of their Marrakesh property was a subject of particular interest in the trial. The villa was offered to Balkany by the Saudi promoter Mohamed Al-Jabar in exchange for favorable conditions for a real estate payment Al-Jabar wished to make in Levallois, according to Le Monde.

The transaction was assisted by close associates of Balkany, Jean-Pierre Aubry and Arnaud Claude, who now face the possibility of prison terms for corruption.

The Balkanys have previously denied owning the Moroccan property but they often visited it. They persuaded their son Alexandre to sign rental contracts to disguise the real ownership of the villa. According to Le Parisien, the latter is being fined $112,000 for money laundering tax fraud by signing fake rental contracts.

Five of the six defendants in the trial have also been asked to collectively pay a $1.1 million fine.

The proposed sentence for the 70-year-old Patrick Balkany prompted outrage from his lawyer, Eric Dupond-Moretti.

“We demand against Balkany what we sometimes do not even demand in crimes of blood,” Dupond-Moretti told reporters Thursday.

Beginning on Monday the defense council will have three days to try to minimize the requested sentences made by the prosecution. The judgement will be handed down on September 13.