At the behest of France, the International Criminal Police Organization Interpol is seeking Papa Massata Diack, the son of Lamine Diack, the former president of the International Association of Athletics Federation (IAAF). French law enforcement said they are looking for him for "complicity in receivig bribes, aggravated money laundering and conspiracy in an organized group to invest, conceal or convert the proceeds of active corruption". 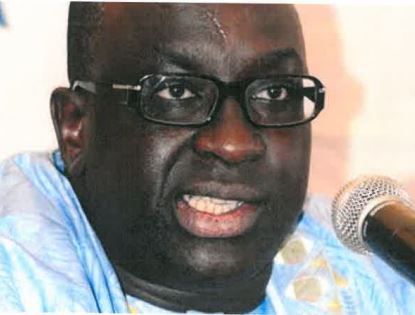 Papa Massata Diack, photo: InterpolInterpol's arrest warrant , the Red Notice, was issued following the publication of part two of a report by the Independant Commission of the World Anti-Doping Agency (WADA), investigating former IAAF officials suspected of involvement in passive corruption, money laundering and criminal conspiracy. The report accuses Massata Diack, a former marketing consultant to the IAAF, of a range of corrupt practices.

Massata Diack's name was mentioned by French prosecutors in November 2015, when an investigation against his father was initiated for allegedly taking more than US$ 1 million in bribes from Russia in exchange for covering up evidence of positive drug tests. An independant WADA commission called for banning Russia from competing in IAAF events following the revelations, suggesting the country was running a "state-supported" doping program.

At the time, French prosecutors said Massata Diack would also have been arrested for his involvement in another bribery case – blackmailing atheles. Massata Diack, however, has avoided visiting France since being implicated.

On Janury 7, the IAAF's Ethics Board placed life-time bans for violating the organizations's Code of Ethics on Massata Diack along with Valentin Balakhnichev, the former President of the All-Russia Athletic Federation (ARAF), Alexei Melnikov,  former Chief ARAF Coach for long distance walkers and runners, and Gabriel Dolle, former Director of IAAF's Anti-Doping Department. The IAAF stated it found the four were guilty of "conspiring to extort" bribes from an athlete "by acts of blackmail".

In December 2014, the Guardian reported on leaked emails which appear to show that Massata Diack, a former consultant at IAAF, asked for a payment of nearly US$ 5 million in the course of Qatar's bid to host the 2017 World Championship.

The Guardian reported that the leaked emails from October 2011 contain what appears to be Diack asking for US$ 4.5 million to be transferred to his bank account, and another US$ 440,000 to be collected by him in person in Qatar's capital, Doha. It is unclear whether the payment was made.

Guardian reports that when journalists asked the Qatar Olympic Committee about the allegations, the Qatar Athletics Federation responded that they did not recognise the emails, and that their bid complied with all rules and regulations.

The IAAF also responded to the allegations contained in Guardian's December 2014 article, stating that "The Guardian makes reference to emails and documents which the IAAF has not seen, and those documents and any complaints should be sent to the independent IAAF Ethics Commission which has full powers to investigate and issue sanctions if necessary".

A footnote in part two of the January 2014 WADA Independant Commission Report reads that Diack "stood down as an IAAF marketing consultant in December 2014 due to allegations that he requested a payment of US $5 million during Doha’s failed bid for the 2017 World Athletic Championships. His conduct has been under review by the IAAF Ethics Committee since April, 2014, whose decision was released 21 months later on 07 January 2016."