Lamine Diack, the former president of the International Association of Athletics Federation (IAAF), is suspected of taking more than US$1 million in bribes from Russia in exchange for covering up evidence of positive drugs tests. 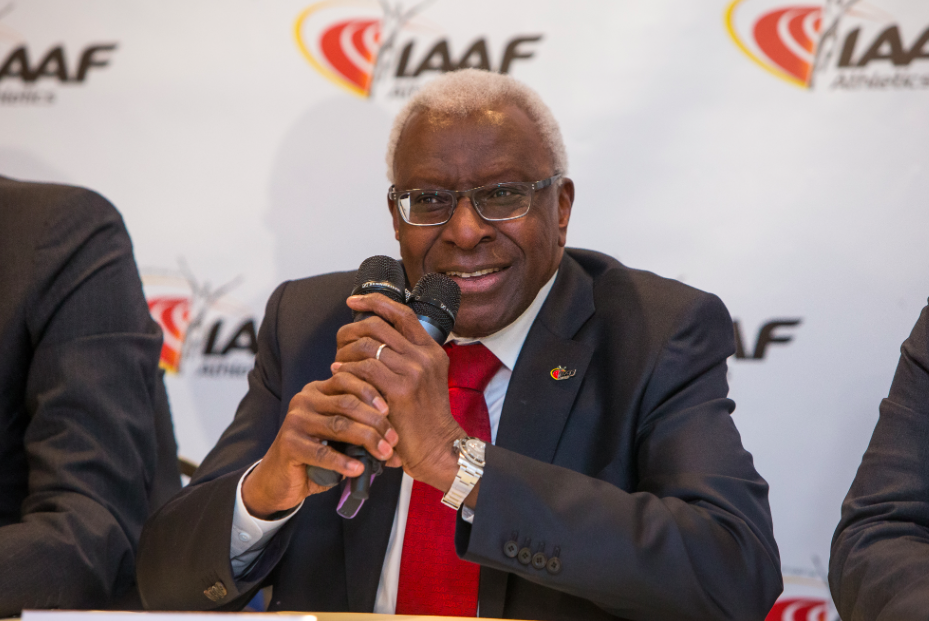 Former IAAF President Lamine DiackDiack was placed under criminal investigation last week on charges brought by French prosecutors. The 82-year-old former long jumper stepped down from the IAAF presidency in August, after nearly 16 years in the post.

Diack’s legal adviser at the IAAF, Habib Cisse, was also detained and charged with corruption.

So too was Dr Gabriel Dollee, manager of the IAAF’s anti-doping program.

French prosecutors also say Lamine Diack’s son, Papa Massata Diack, was actively involved in another bribery process that sought to blackmail athletes. The Guardian reports that Massata Diack would also have been arrested but appears to have avoided visiting France since being implicated.

French prosecutors were informed of alleged Russian doping cover-ups by an independent commission of the World Anti-Doping Agency (WADA), which presented its findings today at a press conference in Geneva.

The three-member panel, chaired by Dick Pound, former WADA president and International Olympics Committee (IOC) veteran, called for Russia to be banned from athletics competition. Pound suggested that the country had been running a “state-supported” doping programme.

Fellow panel member and Canadian lawyer Richard McLaren called the alleged doping cover-up a “different scale of corruption” in which the deception both fills the pockets of the powerful and changes the actual results of sporting events themselves.

Current IAAF president Sebastian Coe said he knew nothing of the allegations facing Diack or the Russian athletics federation until alerted by French authorities.

Coe reportedly told AP that he is “just bloody angry” about the damage being done to athletics, adding that “these are dark days”.

Balakhnichev told Russian news agencies that the problem in international athletics was neither doping nor dope-denial, but had been fuelled by political pressures.

“Let them present their claims to me, I will fight them,” he said.

“This is purely political.”