Pope Francis, the head of the Catholic Church who dared to try turn the centuries-old Vatican administration upside down and clean it up, stressed that “corruption is an ancient evil,” which did not outmanoeuvre the Church. 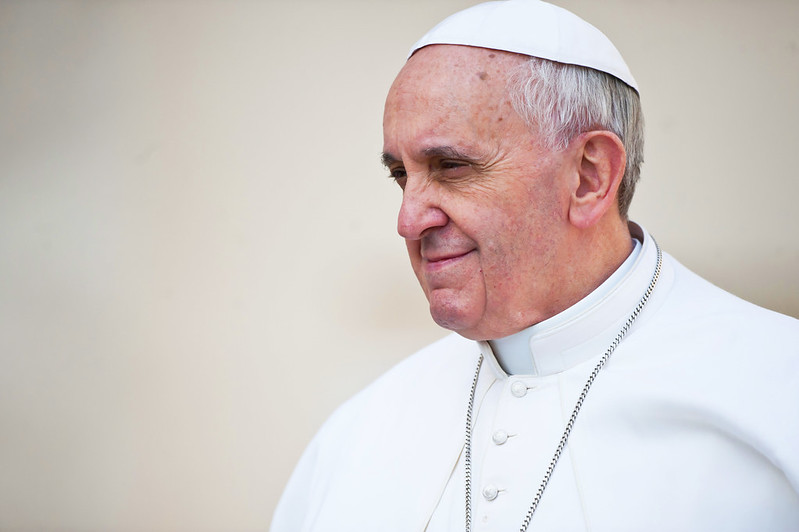 Pope Francis: "Corruption is ancient evil." (Photo: Catholic Church England and Wales, Flickr, License)“Unfortunately, corruption occurs repeatedly throughout history. Someone arrives who cleans things up, but then it starts again, until another person arrives who stops the decay,” the pope said in an interview with the Adnkronos news agency, published on Friday.

The agency reminded that Pope Francis has vowed to “root out clergy who put money before Christ’s teachings.”

The first Fathers of the Church, the pope said, described that as “the Devil’s dung and so did Saint Francis,” whose name the Argentinian cardinal Jorge Bergoglio had chosen for his papacy.

Pope Francis further said that he has not been the first pontiff who tried to tackle the rigid Vatican bureaucracy.

When he was elected pope, he said he went to visit his predecessor, Emeritus Pope Benedict XVI, who handed him a big box.

“Benedict said to me: ‘This contains documents relating to the most problematic cases. I got thus far, I intervened in this situation, I removed these individuals and the rest now falls to you.’ So, all I have done is taking the baton from Pope Benedict and continue his work,” the pope said.

The pontiff reportedly admitted that he “had no idea of the ills he would uncover - from the suspected misuse of Peter’s Pence donations, charity given by the Catholic faithful to controversial multi-million dollar property investments abroad.”

“We began with a meeting five years ago on how to overhaul our legal system, then after the first investigations, I had to effect removals and faced resistance,” he said.

“We probed the Vatican finances, we renewed the people at the top of the Institute for Religious Works (Vatican Bank). In short we have had to make many changes and many more will soon change,” he added.

He claimed that part of the Church has always been a “casta meretrix, a sinner” but that the great majority of its members are following the righteous path.

The pontiff added that it cannot be denied, however, that “various kinds of people at various levels - clergy and many fake lay ‘friends’ of the Church, have helped squander assets that do not belong to the Vatican but to the faithful.”

Francis also remembered that his grandmother was telling her grandchildren, that “the Devil enters through the pockets.”

“She was right,” he stressed.