An internationally recognized health expert said he faced a "retaliatory demotion" from the U.S. Health Department (HHS) for voicing criticism of how it was grossly mismanaging billions of dollars that Congress allocated to develop vaccines, drugs, and testing for the coronavirus, according to a whistleblower complaint his attorneys filed on Tuesday. 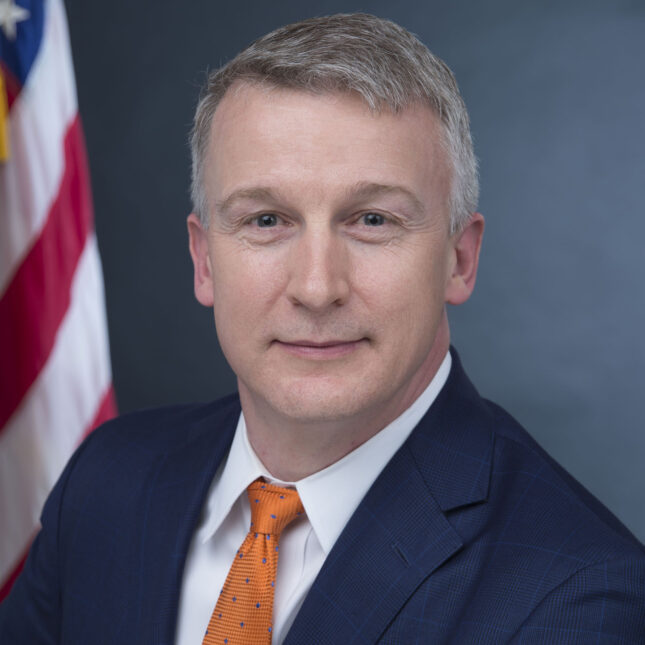 Dr. Rick A. Bright, the former U.S. Health Department official who made numerous allegations of corruption in his whistleblower complaint. Credit: HHS / Public domainIn the 89-page report, Dr. Rick Bright, an immunologist with over 25 years of experience in the government, industry, and nonprofit sector, described numerous instances where he was “pressured to ignore or dismiss scientific recommendation and instead to award lucrative contracts based on politics,” he explained in an interview shortly after the complaint came out.

“In other words,” he said, “I was pressured to let politics and cronyism drive decisions over the opinions of the best scientists we have in government.”

The report itself describes his years-long tenuous relationship with two of his superiors, Robert  Dr. Robert Kadlec, Assistant Secretary for Preparedness and Response, and Alex Aznar, Secretary of the Health Department, who had long sought his dismissal after he raised objections to the outsized role they allowed for industry consultants to secure contracts that “were not meritorious.”

A separate report released on Monday shows that Dr. Kadlec, who previously worked as the staff director for Senator Richard Burr – now facing allegations of insider trading that relied on internal coronavirus briefings – reportedly failed to disclose to Congress that he had previously served as a “strategic advisor” to Emergent BioSolutions Inc., a company that his office awarded a contract in excess of US$2 billion.

In 2017, Dr. Kadlec “exerted undue pressure on Dr. Bright” to improperly extend a contract with Aeolus Pharmaceuticals, a company that was represented by an industry consultant that was friends with Dr. Kadlec, according to the report.

After voicing his objections, Dr. Bright details how he was taken out for a coffee with the consultant, John Clerici, who explained to him, with the Aeolus contract in mind, that review processes for these proceedings were not always “fair,” the report said.

He went on to explain to Bright that the company’s CEO is a “wild-card” who might be the type of person to write an article about you in the newspaper. He added that he is “friends with Jared [Kushner]” and “has Hollywood connections.”

Dr. Bright became uncomfortable with Mr. Clerici’s insinuation, and ended the meeting, according to the complaint.

Dr. Bright’s “undoing,” the whistleblower report detailed, was his refusal to adhere to the Administration’s push to “promote the broad use of chloroquine and hydroxychloroquine and to award lucrative contracts for these and other drugs even though they lacked scientific merit and had not received prior scientific vetting.”

In spite of numerous press briefings in which President Trump touted the encouraging results of the drug, which some outlets have linked to the death of an Arizona man who ingested the chemical in the form of fish tank cleaner, Dr. Bright told the press and members of congress that the drug was potentially harmful and could even lead to patient deaths.

The same day in which he announced that he had been removed from his posting, a Veterans Administration study showed that the drug did not offer any clinical benefit, and that coronavirus patients who ingested it would experience a higher likelihood of death than individuals who didn’t, The Intercept reported.

The news site received a statement from a spokesperson for the Department of Health, suggesting its dissapointment that Dr. Bright stepped down from his newly assigned position.

“Dr. Bright was transferred to NIH [National Institute of Health] to work on diagnostics testing – critical to combatting COVID-19 – where he has been entrusted to spend upwards of $1 billion to advance that effort. We are deeply disappointed that he has not shown up to work on behalf of the American people and lead on this critical endeavor.”

“We need whistleblowers more than ever,” John Kostyack, Executive Director of the National Whistleblower Center, told OCCRP last month, which appears prescient after the publication of this recent whistleblower report.

“Given the vast amount of money running through the federal government, with its head displaying authoritarian tendencies, it appears as though these funds are highly vulnerable to fraud and abuse”.