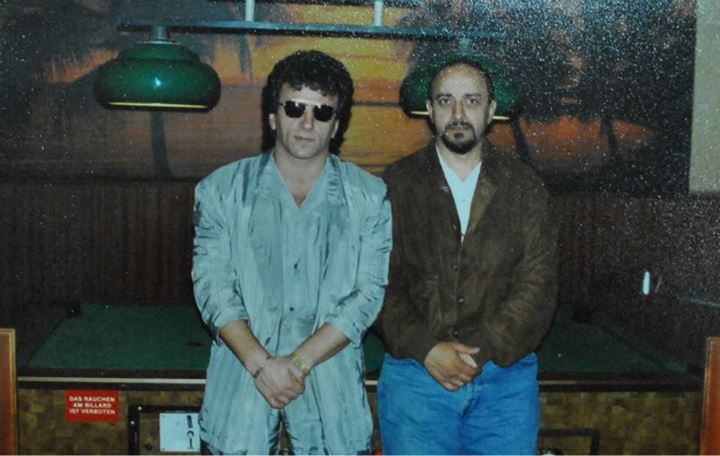 By Stevan Dojčinovic and Bojana Jovanović

The chiefs of five police departments, including Rodoljub Milović, the chief of the criminal police, were fired on Friday.

Prime Minister Aleksandar Vučić said the chiefs were sacked for interfering in politics and media and that some of them have been in contact with a person he would only identify as "Kosmajac, the biggest drug dealer."

It is likely he is referring to Dragoslav Kosmajac, a low profile man who police suspected of being a major regional drug dealer.

For the past month, a series of media reports have indiscriminately repeated criticism of Milović , the head of the criminal police, made by Darko Šarić, the accused drug lord currently on trial. Šarić has called Milović the “Papaya” of corruption.

Although Šarić has provided no evidence of corruption but his accusations have run on the front pages of Serbian newspapers for days. In the courtroom, Šarić said he is taking revenge against Milović for a media campaign he says Milović led against him previously.

Šarić claims Milović is close to character called “Mango”. Šarić’s description of Mango ("protected witness, bought the company for roads construction") indicates that he was referring to Ljubisa Buha Čume, the former leader of a group in the Surčin organized crime family, who later became a protected witness in the trial against the rival Zemun clan. Šarić said that he is accused for laundering €7.4 million which belonged to Čume.

The use of fruit terms might be a reference to the police’s use of the term “Banana” for Šarić colleague and drug dealer Radoljub Radulovic.  Radulović imported bananas from South America.

In response to the negative allegations, Milović voluntarily took a polygraph test, in which he denied Šarić’s accusations. Police said Milović passed the test. . One day after the polygraph, the prime minister held a press conference and said he had decided to dismiss the five police chiefs, although Police Director Milorad Veljović would keep his job.

Vučić did not fully explain why the men were fired, other than to say the chiefs interfered in politics and media. Vučić also said he is sure that Milović is an honest cop who didn’t take any money from Šarić, without further explaining his dismissal.

The Prime Minister said that there is a conflict between Šarić and Čume, but that neither will "reign over Serbia". 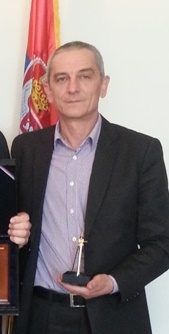 The Prime Minister said the police officers were in communication with the “largest local drug dealer” and said drug dealers were tipped by police every time a major action was prepared.

Vučić said that the biggest drug dealer in Serbia is known as “Kosmajac,”  the first time this name has been mentioned by an official. The prime minister added that some police in contact with Kosmajac appear to be fascinated by him.

"Everyone is afraid and everyone is silent about the fact that people from the police and other agencies have contact with him. I asked for attacks on Kosmajac, but it has not been done yet," Vučić said.

Reporters from the Center for Investigative Reporting Journalism in Serbia (CINS) and Organized Crime and Corruption Reporting Project (OCCRP) reported on Dragoslav Kosmajac and his contacts inside the Ministry of Interior last year.

Documentation from the Austrian business register obtained by OCCRP/CINS shows that Tončev and Marković were partners in the Viennese construction company "OTO". Tončev was also a business partner with long-time Montenegrin drug lord Branislav Saranovic.

In an interview for CINS/OCCRP Tončev confirmed that he was partner with Marković, but denied that they met in 2010. Also, he said he had never met Kosmajac.

“If he (Marković) was cooperating with Kosmajac, that is his problem… not mine,” said Tončev.

However, a few days after the story was published, the daily newspapers Danas and Kurir, published stories in which Tončev admitted that he met Marković, in order to obtain information from him. He was doing it, as he said, on orders from Milović.

Milović has confirmed this: "Everything Tončev said is true, although this is confidential information that should not be out in the media because it endangers the investigation and the safety of the people."

Kosmajac is, according to a police report, court testimony, media reports and police sources, alleged to be one of largest cocaine smugglers in Serbia and Western Europe, but OCCRP and CINS could find no evidence he has ever been arrested or charged for criminal activity.

“Kosmajac is tied to drug smuggling groups in South America, from where he ships large amount of cocaine to Europe,” but he also traffics heroin from Turkey, Bulgaria and Macedonia to Europe. He “never personally comes in contact with drugs or directly with persons who smuggle them,” the White Book says.

Milović voluntarily took the lie detector test on June 18 to answer questions related to allegations made against him by suspected drug lord Darko Šarić during his ongoing trial.

"The results of the polygraph show no psycho-physiological responses to relevant questions that would indicate that he was not telling the truth," said Nebojša Stefanović, Minister of the Interior. The ministry, by order of the Prosecutor's Office for Organized Crime, has formed a working group to examine Šarić's allegations.

Polygraph testing has no probative value and is just one step in the investigation of Šarić’s accusations, police said. Šarić claims police are trying to frame him for cocaine smuggling.