OCCRP spoke with the head of the new European Public Prosecutor’s Office about the challenges in fighting the widespread  — but often-ignored — criminal scheme. 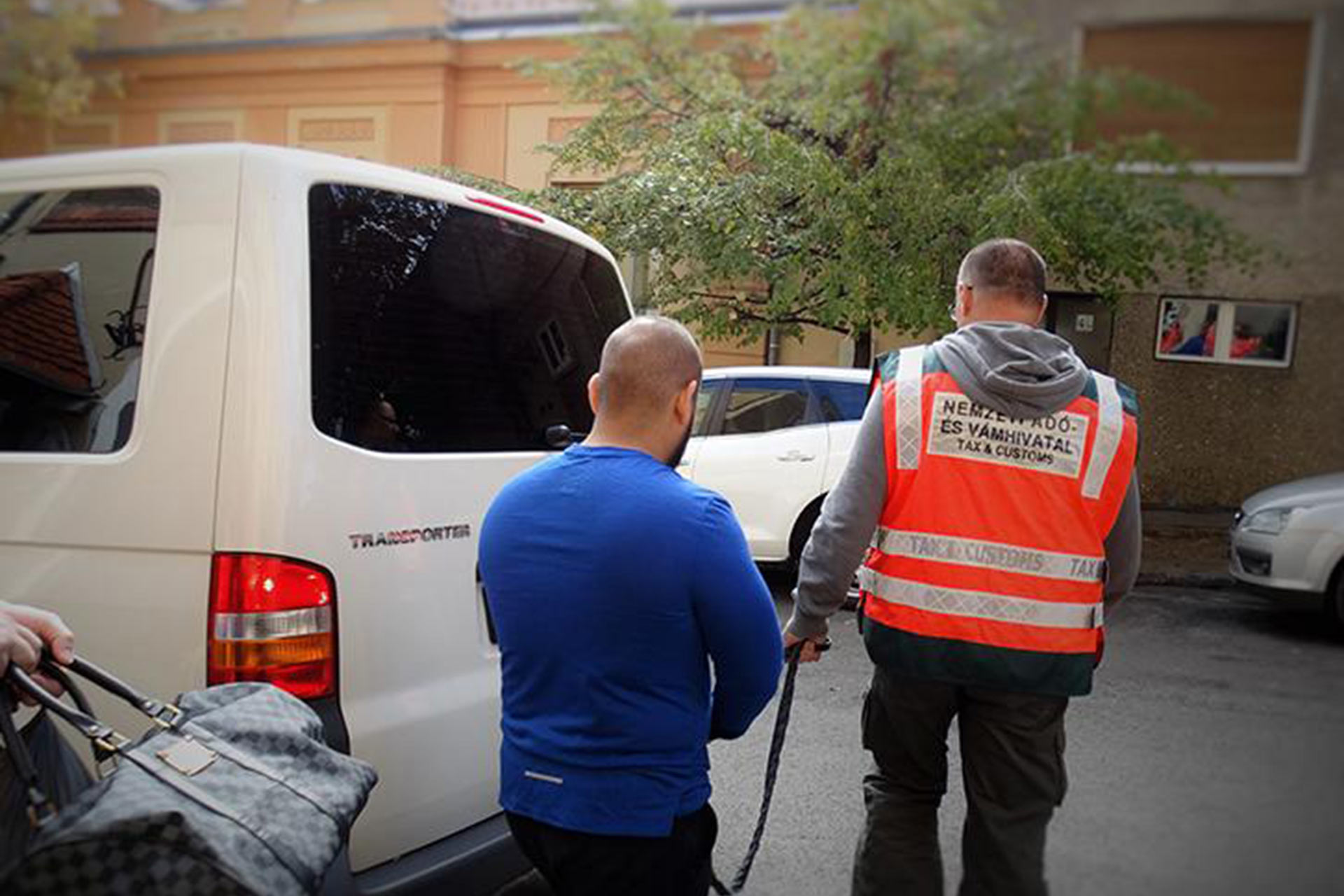 A carousel fraudster is led away by authorities after a recent bust in Hungary. (Credit: Europol)

There’s an edge of exasperation in Euan Grant’s voice. Having spent most of his career as a tax and customs adviser, first in the U.K. and later for the European Union, he’s seen firsthand how lucrative value-added tax (VAT) fraud really is.

Every year, organized criminals use VAT schemes to bleed an amount equivalent to the GDP of Greece from the bloc’s budget. By far the most damaging and sophisticated of these scams is ‘carousel fraud,” which drains an estimated 50 billion euros per annum from the EU’s coffers.

But carousel fraud is diabolically difficult to explain, much less investigate and successfully prosecute. And despite the vast sums of money involved, Grant knows how hard it is to convince policy-makers of the importance of targeting this type of criminal enterprise.

“Careers today are made in terrorism; before they were made in drugs,” he said. “Carousel fraud is huge, only it never attracts the same kind of attention.”

That looked set to change in 2017, when the EU announced a new player in its fight against VAT scams and other such “crimes against the budget” in the form of the new European Public Prosecutors’ Office (EPPO). Laura Kövesi, who was appointed its first chief in October 2019, told OCCRP she expects the organisation to play a critical role in targeting cross-border tax scams that tend to fall through the cracks of the current system. 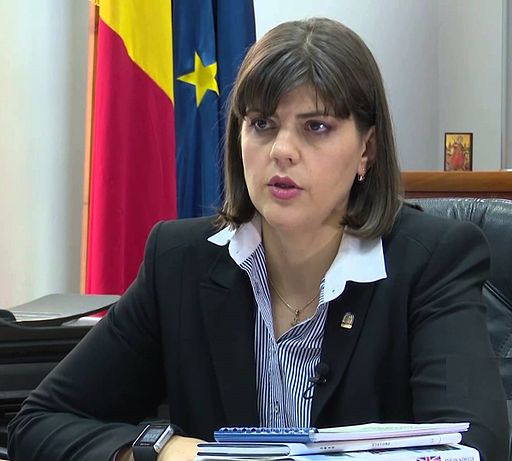 Laura Kövesi was made the head of the EPPO last year after being indicted for corruption in her native Romania, in what was seen as a government attempt to get her appointment to the EU post blocked. (Credit: AGERPRES via Wikicommons)

At present, national authorities in Europe are empowered only to investigate financial crime within their borders, relying on arduously complex and often slow avenues of cooperation to pursue wrongdoing further afield. It’s a crippling disadvantage, and one most VAT fraudsters seek to exploit.

“Until now, the procedures in place have been very time-consuming, and such investigations can often take two or three years. In the meantime, suspects can disappear, taking the money with them,” Kövesi said.

The EPPO’s supporters hope the new office will help public prosecutors from each member state to cooperate quickly and efficiently through a head office in Luxembourg, gathering evidence in a matter of days that can be used for prosecution in national courts.

But, after a year of warnings over inadequate funding and support, the new organization, originally due to launch this month, has yet to hire much of its staff.

From almost the moment she assumed office, Kövesi has said the funding on offer from the EU Commission is nowhere near enough. “After I first raised my concerns they did raise our budget to 30 million, but we’re still short the 18 million euros we need to start in the proper way, such that our activity will not be effectively halted within just one or two months,” she said.

Grant, who now works as a fellow at the U.K. Institute of Statecraft, added that securing the right level of funding will be only half the battle. He said the EPPO must enact safeguards to shield itself from influence by criminal interests, given how much money is at stake for the organized crime groups masterminding Europe’s largest carousel frauds.

“This is organized criminality with capital letters,” Grant explained, describing carousel frauds as “white-collar operations which often enjoy a degree of political protection.”

Laura Kövesi’s appointment as head of the European Public Prosecutor’s Office marked the end of a period of intense professional and personal upheaval. She’d been sacked as head of Romania’s National Anti-Corruption Directorate in 2018, after openly criticizing legislative reforms that seriously threatened the independence of the country’s judiciary.

Prosecutors subsequently indicted her on charges of corruption, including bribery, perjury, and abuse of office — allegations condemned by many as a thinly-veiled attempt by the Romanian government to block her appointment to the new EU post.

Kövesi later sued over her dismissal, with the European Court of Human Rights ruling that her removal had been arbitrary and constituted a violation of her right to fair trial.

Kövesi’s home country, Romania, is a hotspot for illicit VAT schemes, but the new institution’s head is quick to point out there isn’t a clean country in the bloc.

Ramona Strugariu, a member of the European Parliament representing Romania, told OCCRP that carousel fraud is usually prevalent “either in countries without a strong rule of law, or member states where the judiciary is captured, dysfunctional, at threat of, or already under political influence, and where crime networks are extremely powerful.”

Carousel fraud cases often pop up in Poland, Greece, Bulgaria, and Hungary, while previous digging by OCCRP has revealed how the Italian mafia have used carousel rackets to launder their dirty cash.

Kövesi said careful recruitment of prosecutorial staff will be crucial.

“[O]ne of our main challenges is to ensure that we have the most professional prosecutors, with the highest profile of integrity,” she told OCCRP.

“In this context it becomes very important for the national authorities to have public transparency on their recruitment process,” she said.

While faults in the existing system have frustrated previous attempts at establishing the full scope of carousel fraud and the interests behind it, what’s clear is quite how effective it is at exploiting European efforts to encourage cross-border trade.

Within the EU single market, VAT doesn’t apply to goods traded across borders, only to sales within a member state. Carousel fraud — or, to use its less catchy official title, Missing Trader Intra-Community Fraud (MTIC) — takes advantage of this exemption.

In the simplest possible terms, here’s how it works.

A French company buys a shipment of computer chips from a German manufacturer for 1 million euros. It’s a cross-border sale, so VAT doesn’t apply.

The second French company then sells the shipment back to the original German manufacturer. This is another cross-border transaction, so again, VAT doesn’t apply. The total value of the sale goes back to 1 million euros.

This means that the second French company isn’t able to recover from the German manufacturer the VAT it paid in purchasing the goods from the first French company. 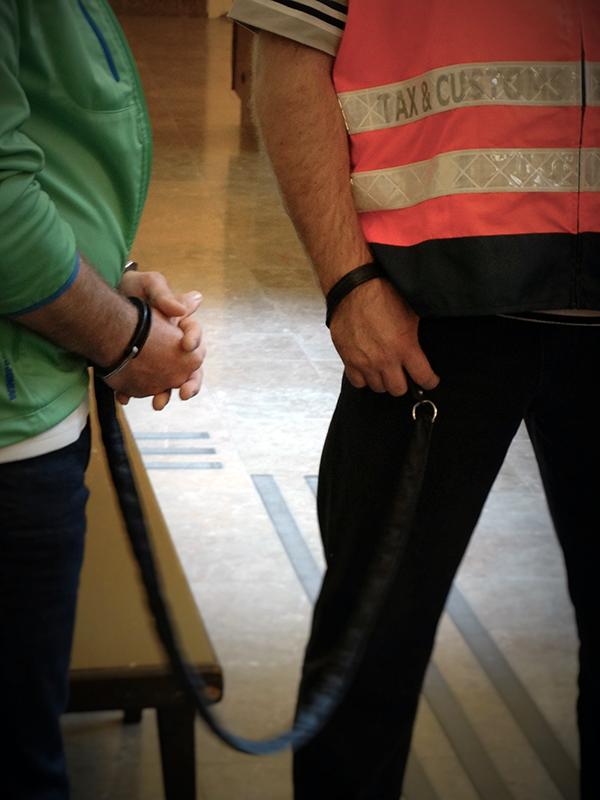 Carousel fraud scams, which take advantage of VAT exemptions in the EU single market, can be devilishly difficult to investigate. (Credit: Europol)

But in carousel frauds, all three companies, and the money moving between them, belong to the same people. The first French company doesn’t pass on any VAT to the authorities — instead, it goes “missing,” through bankruptcy or perhaps by moving offshore — so the fraudsters avoid losing any money there.

All the same, the paper trail they have laid creates the impression that money has been paid to the authorities in the course of the sales. The second French company can then claim it’s been disadvantaged as a result, and the authorities pay out a rebate to compensate for this.

The French tax authorities take a double hit — losing out on the VAT from the first domestic sale, then in doling out a bogus rebate for the second cross-border sale — while the fraudsters who own the companies cash in.

Real-life VAT carousels are considerably more complicated: Criminals might use many companies on both sides of a border, or even several borders between different member states, to disguise the illicit flow of money.

What’s more, the transfers often only take place electronically, without the goods ever being moved, meaning criminals can send the same “shipment” around and around, claiming huge amounts in the space of just a few short hours before authorities realize what’s happened.

Given the monumental scale and complexity of such crimes, and the challenges they pose to investigators, it could be years before the EPPO is able to deliver the swift and consistent results its backers hope for.

Strugariu is adamant that EU authorities “must support the increase” in funding demanded by Kövesi if the new investigative body is to have any hope of living up to its mandate, which she argued will end up “saving us billions over the long run.”

“Everybody has to play their part,” Grant said. “If it all goes belly-up, that’s not necessarily going to be the EPPO’s fault.”