EU Concerned with Eroding Rule of Law in the Union

Members of the European Parliament passed on Thursday a resolution condemning the eroding rule of law across the bloc, and calling for continued investigation of the murders of two journalists affiliated with OCCRP in the past two years. 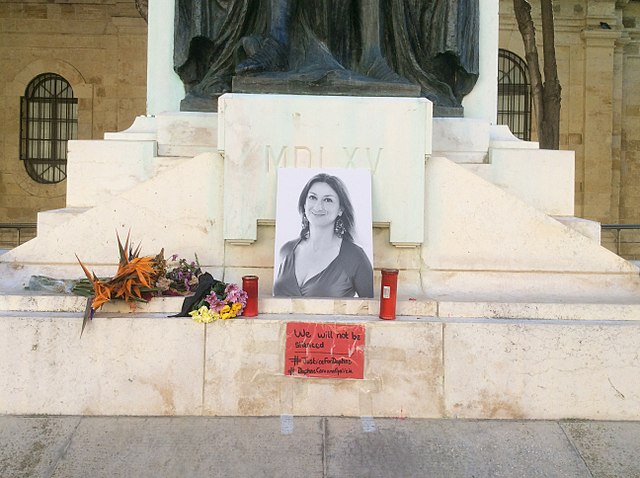 A memorial to Daphne Caruana Galizia (CC 4.0)The resolution “strongly condemns the continuous efforts of a growing number of Member State governments to weaken the rule of law, the separation of powers and the independence of the judiciary.”

It calls on the government of Malta to investigate the circumstances behind the death of Daphne Caruana Galizia, a Maltese journalist who investigated organized crime and corruption and who was killed by a car bomb in October 2017.

It acknowledges the recent arrest of four people charged in connection with the murder of Jan Kuciak and Martina Kusnirova in September 2018, while demanding further investigation into other criminal activities related to the murder, “including an alleged plot to murder the prosecutors Peter Sufliarsky and Maros Zilinka and the lawyer Daniel Lipsic.”

Journalists and experts have noted a trend of deteriorating rule of law across Europe in the past years, with politicians like Romania’s Liviu Dragnea and the Czech Republic’s Andrej Babis rewriting legislation or manipulating connections to stay in power, even after being charged with corruption.

MP Sophie in t’Veld, the chair of the Parliament's Rule of Law Monitoring Group, said this resolution was a step in the right direction.

“Europe works. Slowly but unmistakably the #EuropeanUnion is becoming a mature community of values and law,” she tweeted.