Accused of Graft? Change the Rules

It was late November 2016, and Brazil’s largest-ever corruption scandal was finally reaching the country’s political elites. 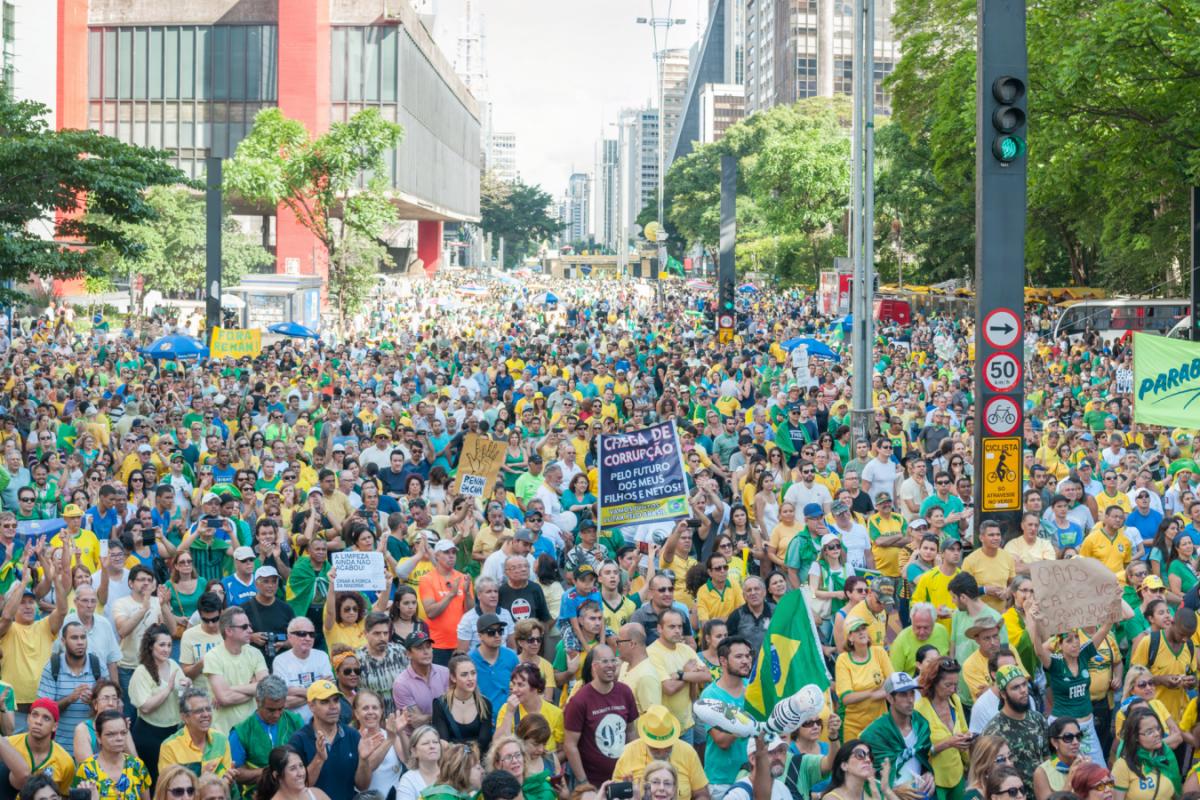 The Lava Jato or “Car Wash” investigation was now pulling legislators, including the leader of the powerful Workers’ Party, into the dragnet. Businesspeople and politicians previously thought untouchable were finding themselves sleeping three to a prison cell.

But a golden opportunity was about to present itself.

On November 29, a charter plane en route to Bolivia crashed in the mountains near Medellin, Colombia, killing 71 people — among them Brazil’s Chapecoense football team, who were about to compete in the first match of the South American Cup finals.

It was a national tragedy Brazil’s congress was ready to exploit.

At three in the morning on November 30, as the nation mourned the team, the Chamber of Deputies, the lower chamber of parliament, almost unanimously passed a new anti-corruption bill.

The law had been long in the works. But, in the chaos, the legislators managed to push through some last-minute changes to the text. They erased the original definition of illegal enrichment and removed a clause offering protection to whistleblowers. They also added a new provision that essentially made it possible for prosecutors who opened the Lava Jato investigations to face criminal charges if the cases didn’t lead to convictions.

The purpose of the provision was to scare Brazil’s judiciary out of continuing with the case, said Jose Ugaz, a Peruvian expert on corruption in South America and a former chair of the board of Transparency International.

“In all the world, I’ve never heard about something like this,” he said.

When Brazilians heard the news, they took to the streets, eventually forcing the upper house, the Senate, to reject the law.

“It was a horrible attempt,” Ugaz said.

Brazen as it was, the move wasn’t unique.

International transparency advocates have tallied a slew of cases in recent years when, instead of fleeing or attempting to rule with impunity, politicians accused of corruption have attempted to change the laws of their country to dodge investigations or prison time.

In Israel, for example, the Knesset passed a law in December 2017 changing how the police deal with high-profile corruption cases. Critics have argued that the changes would shield Prime Minister Benyamin Netanyahu as he faces corruption allegations.

And in Guatemala last September, the government simply passed an order banning the head of a UN-backed anti-corruption body from re-entering the country after he opened investigations into President Jimmy Morales’s alleged financial crimes.

The concerning pattern has recurred in Romania, Peru and Ukraine, among other countries.

However, some legal thinkers say it’s actually a sign of progress.

Manipulation Instead of Impunity

Until recently, in much of the world, impunity was the norm. Most leaders are never charged with corruption and if they are, they simply proceed with business as usual.

Take Andrej Babiš of the Czech Republic. Prosecutors accused him of defrauding the EU of two million euros (US$ 2.3 million) during his 2013-2017 tenure as finance minister. But despite having his parliamentary immunity twice stripped for investigations, he retains power partly through his alliance with president Miloš Zeman. Ignoring the accusations against Babiš, Zeman re-appointed him as the country’s prime minister in June.

For leaders who don’t have such convenient alliances, fleeing the country has always been another option.

Ousted in the 2014 Ukrainian revolution, former President Viktor Yanukovych absconded to Russia. He left investigators and the public to pick over his sumptuous mansion north of Kyiv, with its floating, pirate-ship-shaped dining hall and gold bricks shaped like bread loaves. When the details were pieced together, it turned out he had allegedly given $2 billion in bribes — to everyone from election officials to Paul Manafort — over the course of his four-year presidency.

If none of the above works, there’s now a third option for politicians facing corruption allegations: trying to push legislative changes within their own countries to save themselves.

This is a relatively new phenomenon, said Robert Cusumano, a New York lawyer and executive director of the Legal Horizons Foundation.

But why does cowing the police with a few well-placed threats or skipping town with a suitcase of cash no longer work so well?

There are a few reasons.

Jose Ugaz points to growing popular anger over impunity and corruption. When people are willing to take to the streets over the issue, leaders are motivated to put on a show of fixing things.

Thomas Carothers and Christopher Carothers, writing in Foreign Policy, claim that in the past five years, more than ten percent of the countries in the world have seen their leadership change as a result of anger over corruption — in places as diverse as Iceland, Peru and Malaysia. (The two authors are vice president of studies at the Carnegie Endowment for International Peace and an Ashford Fellow at Harvard University.)

Corruption allegations have seen leaders unseated and put on trial — like Abdulla Yameen, president of the Maldives, who lost elections in September 2018 and was detained in February after OCCRP revealed that his tenure saw tens of the country’s islands leased in no-bid deals to international hotel chains.

“People are [now] conscious that rule of law has to be respected, and nobody is above the law, and that impunity should not be allowed,” said Ugaz.

“This connection between rule of law, equality, poverty, and human rights is something that in the end is starting to mobilize people and I think it’s getting stronger these days,” he claims.

It was popular anger, after all, that inspired Brazil’s congress to table the law that threatened the Lava Jato investigations.

“The same happened in South Korea, where the Prime Minister and President had to resign because of the pressure from the people. And then you’ve had these huge mobilizations of the people in Brazil, in the Dominican Republic, in Guatemala, in Honduras. This is a new element,” said Ugaz.

Experts point to another factor.

More than ever before, the international community has significant power to push countries towards reform — for example, by making certain privileges or investments conditional on real changes. The IMF makes loans conditional on reform. The European Union sets a number of requirements for countries aspiring to join, including cooperation with international institutions such as Interpol.

And one of the most important values for institutions like the IMF and the EU is “rule of law,” said Cusumano, the New York lawyer. That is, the idea that all people and institutions in a country must be subject to a judiciary that applies the law fairly and equally.

Rule of law is laid out as a key requirement for EU membership in the Copenhagen criteria, which outline requirements for countries to accede to the organization. It’s a “common denominator” of the polity, argues Lauren Pech, a lecturer affiliated with the Jean Monnet Center for International and Regional Economic Law and Justice. The IMF also includes rule of law as part of its conditionalities.

On a practical level, these requirements mean that the standard of a country’s perceived rule of law has an enormous impact on its economy. It’s a key factor in whether that country can have the privileges of EU membership, or tranches of money from the IMF. It’s a metric used by many international businesses in deciding whether to invest in a county, said Cusumano.

This makes sense for the IMF, the EU, and international businesses, he adds. “Rule of law” is an appealing metric because it’s non-partisan: it considers whether laws are enforced fairly, not what they are.

“Larger and more ethical companies started to focus on rule of law … in a little bit of a missionary kind of way as something separate from the content of whatever those laws are,” he said.

The international focus on rule of law means that leaders who break the law — perhaps by embezzling millions of dollars in EU funds, bribing election officials, or providing asylum for runaway lawbreaking politicians — jeopardize further investment.

But national interest is not the main concern of corrupt leaders. They know that once their countries have joined exclusive clubs like the European Union, it’s very hard for a member to be kicked out. Which means they can then still try pass legislation that will permit or excuse their corruption if popular anger does not prevent them from doing so.

Liviu Dragnea, the leader of the country’s Social Democratic Party, racked up an impressive slew of corruption allegations over his decades-long career. 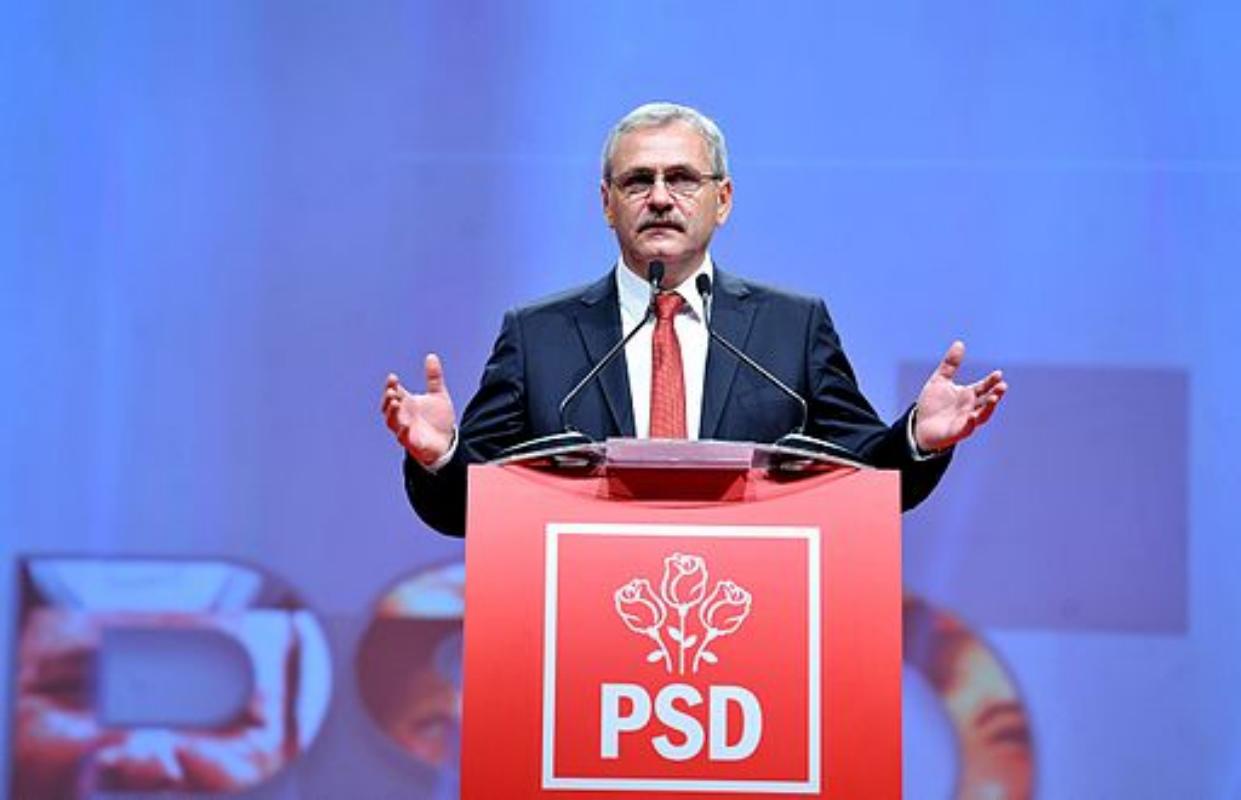 He stands accused of engineering a scheme to defraud a voter referendum. He’s said to have put employees of his party on the state payroll. He’s alleged to have embezzled more than 20 million euros of EU funding during his time as president of the Teleorman County Council.

Twice stripped of his parliamentary immunity so he could be investigated, Dragnea seemed headed for conviction and prison time.

That’s when the Justice Ministry stepped in, in January 2017 passing an emergency ordinance that broadly decriminalized low-level corruption.

Thousands took to the streets in the belief that the ordinance was a bald attempt to get Dragnea out of hot water. The justice minister declined comment, but, with public anger swelling, the ordinance was repealed by the prime minister.

Maira Martini is the Knowledge Coordinator for Transparency International. To her, this legislative stunt is a result of the EU-imposed reform process Romania underwent slightly over a decade ago.

That process involved a lot of superficial changes, said Martini, but not much profound development in Romania’s institutions — like the country’s electoral systems and its judiciary.

The speed and shallowness of the reform left the country without a solid system of checks and balances and allowed laws could be changed quickly, Martini said.

Once it became an EU member, Romania could change the legislation again as it suits its political elite. But it underestimated the public awareness.

To Martini, examples like this are a caution to international institutions that want to promote reform.

“I think we need to really stop treating reforms as something that can be done from one day to the next, and just go to the next reform without being sure that the first reform was really implemented and enforced,” she said.

There are many examples of politicians changing the laws — or attempting to change them — or manipulating institutions to dodge corruption investigations or prison time in the past year.

But to Cusumano, this phenomena is nevertheless a positive development. Changing the laws is a step up from politicians thumbing their noses at the law or just flat-out fleeing with the loot.

“I take a thousand-year time frame,” Cusumano explains. “A thousand years ago, human civilization in its entirety had no notion that there could be an independent judiciary — independent from the king or the dictator.”

“This is progress. We’re at the point where the manipulation and corruption of the rule of law and an independent judiciary has to be done in a sneaky way.”