A seventh person has been charged in connection with a long-running corruption investigation into the French conglomerate Alstom, the Financial Times (FT) said. 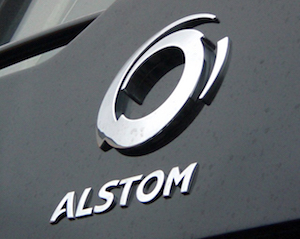 (Photo Credit: Flickr) Terence Stuart Watson faces charges of corruption and conspiracy in connection to the supply of trains to the Budapest Metro between Jan. 1, 2003 and Dec. 31, 2008, the UK Serious Fraud Office (SFO) said Tuesday. He is president of Alstom in the United Kingdom (UK) and managing director of Alstom Transport UK & Ireland.

Watson joins three other defendants--Alstom Network UK Ltd. and two other men--over the alleged bribery in Hungary, the FT said. The trial is expected in May 2017.

Alstom, a manufacturer in the rail, power and electricity transmission sectors, has been under a seven-year investigation for alleged corruption, Reuters said.

The SFO investigation began after the office received information from Swiss authorities. A total of three SFO cases are currently before the courts, including the Hungary case involving Watson.

In one of the others, Alstom Network UK Ltd. and two former employees are facing charges of alleged bribery to secure transport contracts in Delhi, Warsaw and Tunis, according to the FT and the SFO. The trial is due to start in June 2016.

And in the third, Alstom Power Ltd. and two former employees are accused in a separate case where bribes were allegedly paid over an eight-year period in connection with a refurbishment contract for a Lithuanian power plant, FT said. That trial is expected to begin in January 2017.

In 2014, parent company Alstom S.A. agreed to pay a US$ 772 million fine to resolve charges of widespread bribery in nations including Indonesia, Saudi Arabia, Egypt and the Bahamas, the US Department of Justice (DOJ) said. The company allegedly paid more than US $75 million to secure US$ 4 billion in projects in a scheme that “was astounding in its breadth, brazenness and its worldwide consequence,” according to the DOJ.