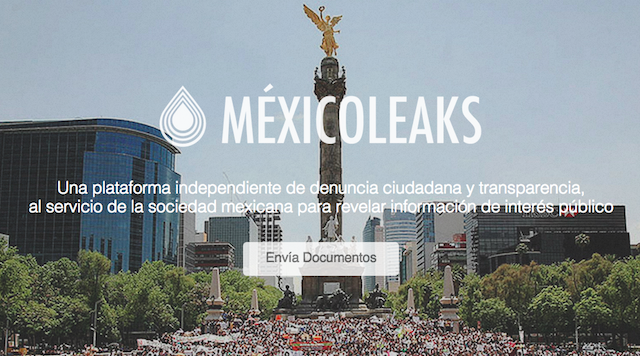 Aristegui, an investigative journalist known for revealing the First Lady of Mexico’s purchase of a lavish mansion from a state contractor, was presenter of a morning news show for MVS Radio.

She and her investigative team joined Mexicoleaks as one of eight organizations to whom whistleblowers can direct anonymous tips using a securely encrypted website.

Two members of Aristegui’s team were fired last Friday for publicly joining the Mexicoleaks alliance without official MVS approval. According to the Guardian, the broadcaster claimed this constituted a violation of trademark protocol.

Their sackings sparked protests last Thursday, along with an online petition that attracted over 100,000 signatures.

Aristegui called for the reinstatement of her colleagues during her show on Friday and MVS responded by firing her on Sunday, March 15, Al Jazeera reports.

Mexicoleaks is whistleblowing platform built using similar GlobaLeaks online technology to that used by OCCRP’s anti-corruption portal OCCRP Leaks, which was developed in collaboration with the Hermes Center For Transparency and Digital Human Rights.

Launched the same day as OCCRP’s platform, Mexicoleaks founders say it is intended to provide an untraceable way to leak data to journalists, such as documents that prove corruption. Reprisal attacks against whistleblowers and journalists are common in Mexico.

Mexicoleaks went live on March 10. Homero Campa, a journalist for weekly investigative magazine and Mexicoleaks partner Proceso, reported that his organization had received ten tips through the site since its launch.

Reporters Without Borders has called Mexico “one of the world’s most dangerous countries for journalists”. Civil liberty watchdog Freedom House ranked the country as “not free” in the category of press freedom for the fifth year in a row this January.