US Expands Sanctions on Belarus Over Migrant Crisis

The U.S. Treasury Department tightened the screws on Belarussian strongman Alexander Lukashenko and his allies, according to a statement released Thursday. 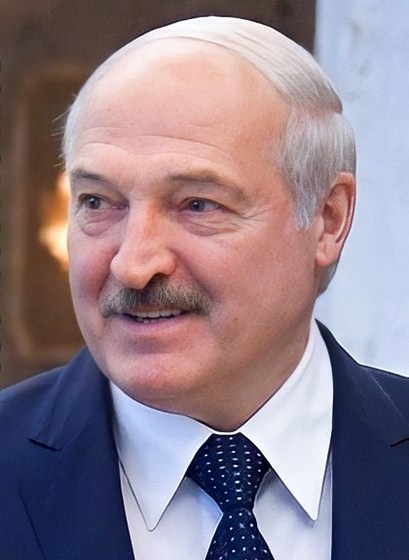 The U.S. Treasury Department tightened the screws on Belarussian strongman Alexander Lukashenko and his allies. (Photo: Alexander Astafyev / Governmental Press Service, Wikimedia, License)Treasury officials listed 20 individuals, 12 entities and three aircraft as “blocked property” in the United States. They said the move was “in response to the Lukashenko regime’s blatant disregard for international norms and the well-being of its own citizens.”

The sanctions come amid a widening migrant crisis unfolding on Belarus’s border with Poland and Lithuania -- both members of the European Union. Tens of thousands of immigrants, primarily from Iraqi Kurdistan, have gathered in the eastern European nation, hoping to cross over its border into the EU.

Many in the EU believe the influx is Lukashenko making good on a threat to flood the continent with drugs and migrants after the EU imposed sanctions on his regime for the June hijacking of a Ryanair flight transporting a Belarussian dissident.

“We stopped drugs and migrants. Now you will eat them and catch them yourselves,” Lukashenko said while EU leaders were meeting in Lisbon to agree on the sanctions.

“The Lukashenko regime is luring migrants, including many families with small children, to travel to Belarus by coordinating the issuance of visas, increasing flights from the Middle East to Belarus, and then transporting people to the borders of EU member states,” the Treasury said.

Like the sanctions imposed in June, the current actions target Belarus's potash sector, a major export for the post-Soviet state.

Among the individuals sanctioned were Lukashenko’s son Dzimitry; Dmitriy Mikhaylovich Korzyuk, Deputy Minister of Internal Affairs; and Dzmitriy Yurievich Baskau, a member of  Belarus’s National Olympic Committee who was previously in charge of the Belarusian Ice Hockey Federation. According to the Treasury, Baskau resigned from the hockey role in September after he was suspended from the International Ice Hockey Federation for allegedly threatening Belarusian athletes over their political views.

The sanctions come amidst more than a year of protest in Belarus following Lukashenko’s disputed electoral victory in the summer of 2020 -- to which the Lukashenko regime reacted with increased pressure on journalists and non-state media in Belarus.