On accusations of tax fraud, authorities in Minsk have blocked popular media outlet Tut.by, and have raided their offices, according to the Belarussian Association of Journalists (BAJ), who decried the move in a statement. 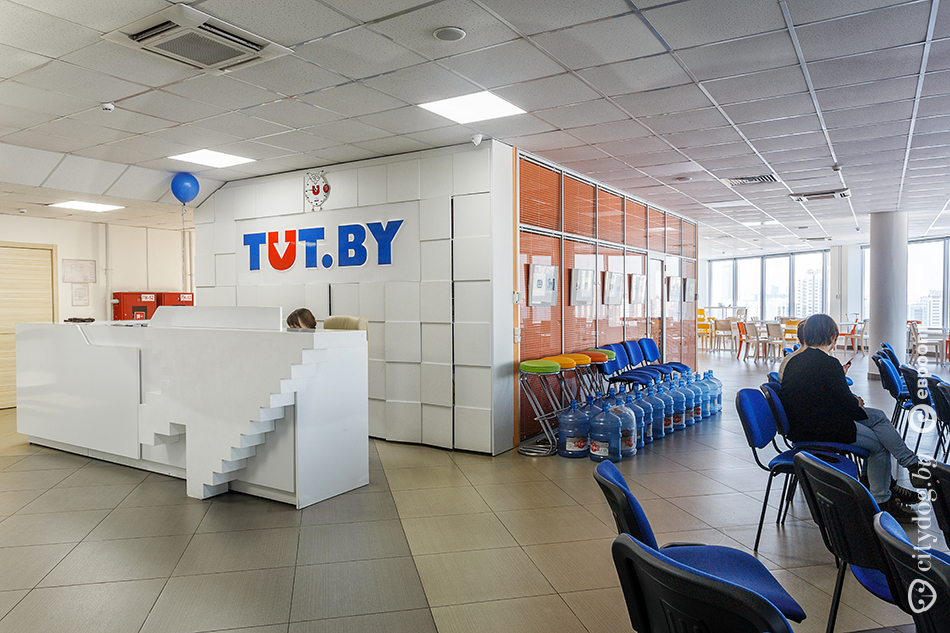 The pressure on journalists has only intensified in the wake of nationwide protests which arose out of Belarus’s disputed August 2020 election results. (Photo Source: citydog.by)The move is a “continuation of the authorities' targeted policy of restricting the dissemination of uncensored information in the country,” said the BAJ statement.

“The authorities' references to economic violations, which allegedly led to persecution, have been actively used for many years to justify repressive measures against human rights defenders, the media, and independent trade unions,” the Tuesday statement said.

In 2018 and 2019 several Tut.by journalists and editors were detained and one convicted over their involvement in accessing the records of Belarus’s state owned news agency, BELTA.

“To understand what Tut.by is, you have to understand that their audience was 3.6 million people out of nine million people in Belarus,” said Natalia Belikova, head of international projects at the Press Club Belarus, told OCCRP Wednesday. “It’s the largest and most respected media outlet in Belarus.”

“There is no other such media in the post-Soviet space,” she added. “It’s like shutting down the BBC, a real loss for our nation.”

The pressure on journalists has only intensified in the wake of nationwide protests against the government of sixth-term president Alexander Lukashenko, which arose out of Belarus’s disputed August 2020 election results.

Since December 22, 2020, Yulia Slutskaya, the founder of the Press Club Belarus, and three other members including her son Pyotr, a photographer, have been languishing in a Minsk prison. In late April their pre-trial detention was extended a third time.

Like Tut, the Belarussian government has accused Slutskaya of tax evasion. However, according to a statement by BAJ, in the months since her detention, no investigative efforts have been pursued by authorities.

“We know from their relatives and lawyers that prison conditions are harsh. There is black mold in Yuliya's cell. Pyotr shares a cell with 22 other inmates,” said the BAJ, adding that the inmates never received any warm clothes in the freezing cells this winter.

According to Viasna, a Belarussian NGO which tracks political repression in the country, Yulia and the other Press Club members are among the 396 political prisoners held by the Belarussian government.

“We were a platform that helped others highlight their issues and stir up dialogue amongst various actors inside Belarus,” said Belikova. “We truly believe this is the reason why our colleagues are behind bars, because the current Belarussian regime and authorities has not  shown any signs of being willing to start a dialogue with anyone.”