Hezbollah has jumped in league with drug trafficking groups operating in South America’s “Tri-Border Area,” a lawless region which bridges the frontiers of Argentina, Brazil and Paraguay, a new report by the Israeli think-tank, the Begin-Sadat Center for Strategic Research (BESA). 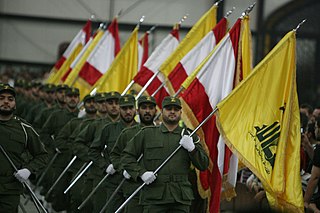 Over time, it became clear that cocaine trafficking was no longer just something that Hezbollah only dabbled in. (Photo: khamenei.ir, Wikimedia, License)The Tri-Border Area (TBA) has long been a haven for organized crime and terrorist groups. In fact, as far back as 2003, a report by the U.S. library of Congress, noted that even then, not only Hezbollah, but Al-Qaida, Hamas and several other Islamist groups had strong presences in this region.

“Over the past decades, Hezbollah has built a well-oiled, multibillion-dollar money-laundering and drug-trafficking machine in Latin America that cleans organized crime’s ill-gotten gains through multiple waypoints in the Western hemisphere, West Africa, Europe, and the Middle East,” the BESA report said.

Traditionally, Hezbollah used the TBA’s illicit economy more as a hub for money-laundering, rather than cocaine trafficking but that has begun to change years ago when a high ranking Hezbollah agent was reported visiting the area, according to Al Arabiyah.

Local media said that the agent, Nasser Abbas Bahmad, had established smuggling networks to move massive amounts of cocaine, as much as 12 tons at time, before authorities detected and dismantled them. Bahmad capitalized on Paraguay's place as one of the world's foremost exporters of charcoal to move so-called “black cocaine” disguised as charcoal briquettes, a common practice among smugglers.

The Lebanese militia is no stranger to drug smuggling. For centuries, Lebanon’s Beqaa valley has been one of the Middle East’s major marijuana producers. The Levantine country has courted with other narcotics as well, almost barrelling into an international incident with Saudi Arabia when a massive shipment of the amphetamine, Captagon, was found in a shipment of Lebanese produce.

Hezbollah has long used members of the TBA’s Lebanese immigrant population, most of whom arrived in the early 20th century when Latin America saw an influx of immigrants from the former Ottoman Empire, to establish a financial empire through which to launder both their own illicit funds and that of allies they acquired in organized criminal groups around the world.

Over time, however, it became clear that cocaine trafficking was no longer just something that Hezbollah only dabbled in.

“Hezbollah’s shipments of cocaine were not a small sideshow by loosely affiliated individuals but a multibillion dollar, worldwide operation orchestrated by top officials within Hezbollah’s inner circle,” BESA explained.