Saudi Arabia has banned the import of fruits and vegetables from Lebanon until authorities in Beirut provide guarantees that the shipments will no longer be used for systematic drug smuggling, the kingdom announced. 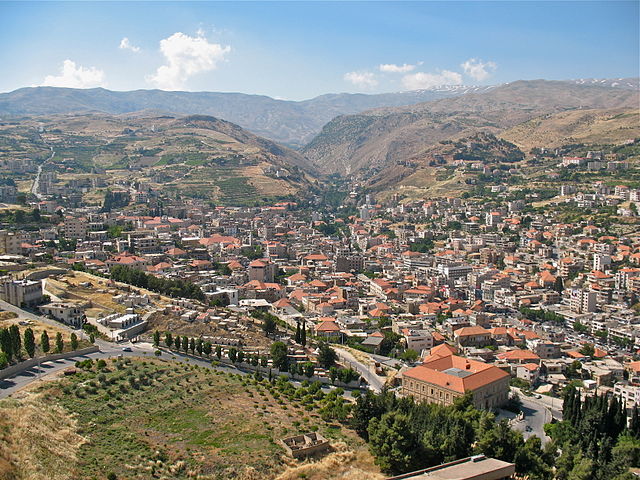 Lebanon's fertile Beqaa Valley region has historically been a center of agriculture as well as drug cultivation. (Photo: Nassif.seif, Wikipedia, License)The ban, effective Sunday, will worsen the country’s financial meltdown which begun end of 2019 and was further amplified by the pandemic and the devastating explosion in Beirut last August.

The move comes after Saudi authorities reportedly seized more than five million captagon pills hidden in a shipment of pomegranates that arrived from Lebanon.

“The quantities that were thwarted are sufficient to drown the entire Arab world with drugs and psychotropic substances,” Saudi Arabia’s ambassador to Beirut, Waleed Bukhari said on Twitter on Sunday.

Over the past six years, Saudi authorities have seized more than 600 million pills and several hundreds kilograms of hashish in produce shipments coming from Lebanon, he added.

Captagon is an amphetamine primarily produced in Lebanon, but also Syria and Iraq. The substance garnered international attention for its use by the Islamic State group, which popularised it as the “Drug of Jihad.”

IS fighters would take the drug ahead of their offensives because of it’s fear-inhibiting properties. However, captagon use has been attested by all sides of the Syrian Civil War, According to Australia’s ABC News.

Saudi Arabia’s ban has been backed by other gulf nations including the UAE, Bahrain, Qatar and Kuwait.

That’s a significant hit amidst the economic and financial paralysis in a nearly bankrupt Lebanon.

“We are already disintegrating in all aspects, socially, economically and politically. This will only add to the issue, especially if the rest of the Gulf countries do the same as the Saudis,” Allouch said. Lebanon will lose another few hundred million dollars of income which will only add more to the hardship of the Lebanese, he explained.

“Now, after being a failed state, we are now regarded as an infidel state. A state where corruption and crime reigns,” Allouch concluded.

Arabian Peninsula states make up 55% of the market for Lebanese produce, the Lebanese Farmers Association, told the National.

The country’s ministry of Foreign Affairs has called on authorities to do everything they can to curtail smuggling out of the country. “Drug smuggling harms the economy, the Lebanese farmers, and Lebanon’s reputation,” the Ministry said, according to Lebanese state media.

Samir Gaegea, commander of the Lebanese Forces, a former Christian militia group and now one of the country’s most powerful opposition parties accused the government of the Strong Lebanon bloc of fostering the crime and corruption which ultimately led to the ban.

"A new achievement today by the ‘strong covenant’ and its allies, as they were able to deprive Lebanese farmers of a basic and vital market for their products, due to the cover provided by some members of the ruling group to contraband dealers,” Gaegea said.

Following an emergency meeting to address the issue at Lebanese President Michel Aoun's residence on Monday, the country has publicly asked Saudi Arabia to lift the ban, Reuters reported.

“We are confident that Saudi Arabia and all the Gulf countries know well that a ban on Lebanese produce will not stop drug smuggling and (that) cooperation between us will help stop these networks,” Prime Minister Hassan Diab said.