A spokesperson of incarcerated Kremlin critic Alexei Navalny said on Tuesday that police in Dagestan, Sankt Petersburg and Voronezh have detained several of his associates, members of the so-called Team Navalny, over the past two days. 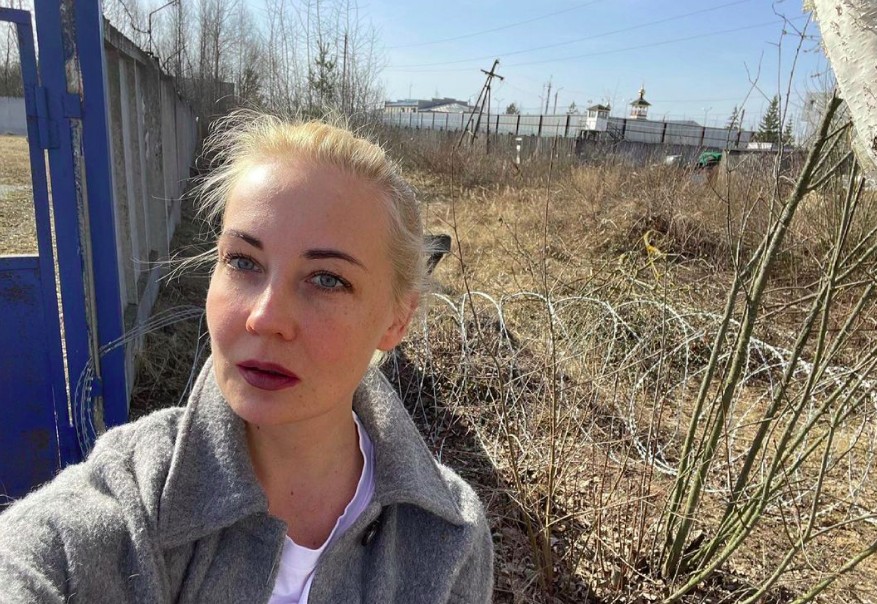 Yulia Navalnaya, wife of the top Kremlin critic Alexei, near the correctional colony in which her husband has been jailed. (Photo: Yulia Navalnaya, Instagram)“This is how the Kremlin is getting ready for the elections -- two of our employees went missing in Dagestan, their whereabouts are unknown for two days, while another employee was detained in Voronezh… as well as our coordinator in St. Petersburg,” Navalny’s spokeswoman, Kira Yarmysh, announced on Twitter, referring to the September elections for the Duma.

While authorities were going after his supporters, Navalny’s wife Yulia warned about her husband’s health condition. Navalny has entered a hunger strike end of March because he is not allowed to see a doctor.

“After I visited Alexei, I’m worried about him even more,” Yulia Navalnaya wrote on Instagram, describing him as “skin wrapped around bones.”

“Seeing the seriousness of the hunger strike, the administration is threatening every day to start force-feeding him,” the team wrote, adding that Navalny complained last week that he had fever and was coughing but that the prison administration “is not allowing a doctor to see” him.

The facility has been described as a prison with a “frightening reputation” because of the humiliation and severe beatings of inmates, the sadistic behavior of employees, and the absence of medical assistance.