Russian opposition leader and outspoken critic of the Kremlin Alexei Navalny is currently lying unconscious in a hospital in the city of Omsk after allegedly being poisoned in Siberia, Kira Yarmysh, his spokeswoman, said Thursday. 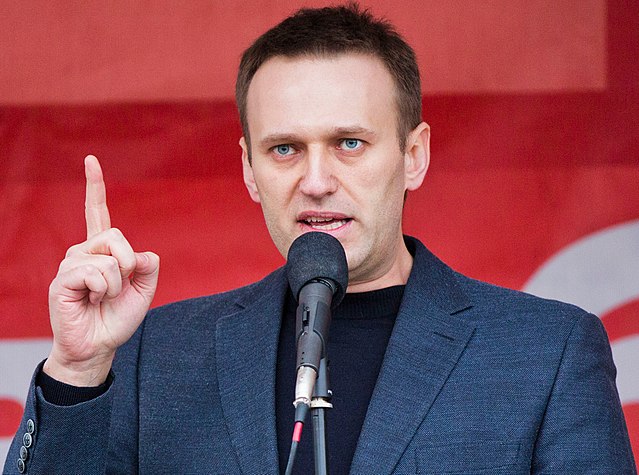 Alexei Navalny, the loudest Kremlin's critic, in critical condition after an alleged tea poisoning. (Photo: Evgeny Feldman / Novaya Gazeta (CC BY-SA 3.0))Yarmysh, who has been tweeting details of Navalny’s condition, reported that he was travelling from Tomsk, Siberia, to Moscow when his plane had to make an emergency landing because he fell sick.

She added that Navalny only had a cup of tea before the flight.

The agency also cited Kremlin spokesman Dmitry Peskov, who said that Russian law enforcement will “launch an investigation if the poisoning of Navalny is confirmed.”

“First, we need to wait for the final test results that will help doctors determine what happened, what caused this situation, what caused Navalny to lose consciousness,” Peskov told reporters in Moscow.

He reportedly refused to comment on reports that law enforcement officers have already been present at the hospital where Navalny was admitted.

As both a politician and anti-corruption activist, Navalny has dedicated much of his professional life to exposing the involvement of the country’s top politicians and tycoons in shady business dealings.

He has incurred harsh treatment from the regime as a result. The authorities have impeded his work, threatened and jailed him. They have also declared his Anti-Corruption Foundation (FBK) a foreign agent, raided its offices and frozen its accounts, as well as the accounts of Navalny himself and his family members.

A month ago Navalny announced that FBK will shut down due to the lofty fines Russian courts ordered them to pay for disseminating allegedly false and defamatory information against the country’s top officials.

Navalny has previously been hospitalized a year ago after being exposed during protests against local elections in Moscow to a substance that caused an allergic reaction.