A species of African elephant has become critically endangered species due to poaching and loss of habitat, the International Union for the Conservation of Nature (IUCN) announced last week, noting that in some parts of the continent anti-poaching measures have produced results. 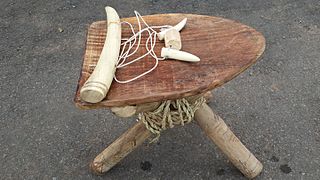 Both WWF and IUCN have found that strong anti-poaching efforts with government support, could have the potential to make a significant impact on the trade. (Photo: Yowamca, Wikimedia, License)The main reason for the rapid decline of the elephant population remains the illegal Ivory trade, the organisation said.

“The latest assessments highlight a broadscale decline in African elephant numbers across the continent,” the IUCN statement said.

“The number of African forest elephants fell by more than 86% over a period of 31 years, while the population of African savanna elephants decreased by at least 60% over the last 50 years,” it noted.

While traditionally both species were lumped together under the classification “african elephant,” the IUCN has for the first time divided them, making clear that forest elephants, which have a far more limited habitat, are in dire straits. Savanna elephants remain only endangered.

The global illegal ivory trade has been bolstered by a resurgent demand for the products in East Asia where the tusks are believed to have many remedial properties in traditional medicine.

“Each year, at least 20,000 African elephants are illegally killed for their tusks,” the WWF explained in a primer on the crime. “The elephant ivory trade not only threatens the very survival of this iconic species and causes broader ecological consequences, but also endangers the lives and livelihoods of local people and undermines national and regional security.”

However, both WWF and IUCN have found that strong anti-poaching efforts with government support, could have the potential to make a significant impact on the trade.

“Anti-poaching measures on the ground, together with more supportive legislation and land use planning which seeks to foster human-wildlife coexistence, have been key to successful elephant conservation,” IUCN said. “As a result, some forest elephants have stabilised in well-managed conservation areas in Gabon and the Republic of the Congo.”

According to WWF, bans on trade by the U.S., U.K., Singapore and Hong Kong have significantly reduced poaching.