The multimillion-dollar trade in Oriental magpie-robins appears to be intensifying in Malaysia, with thousands of wild birds trapped and trafficked for Indonesians seeking caged pets, according to a report published Friday. 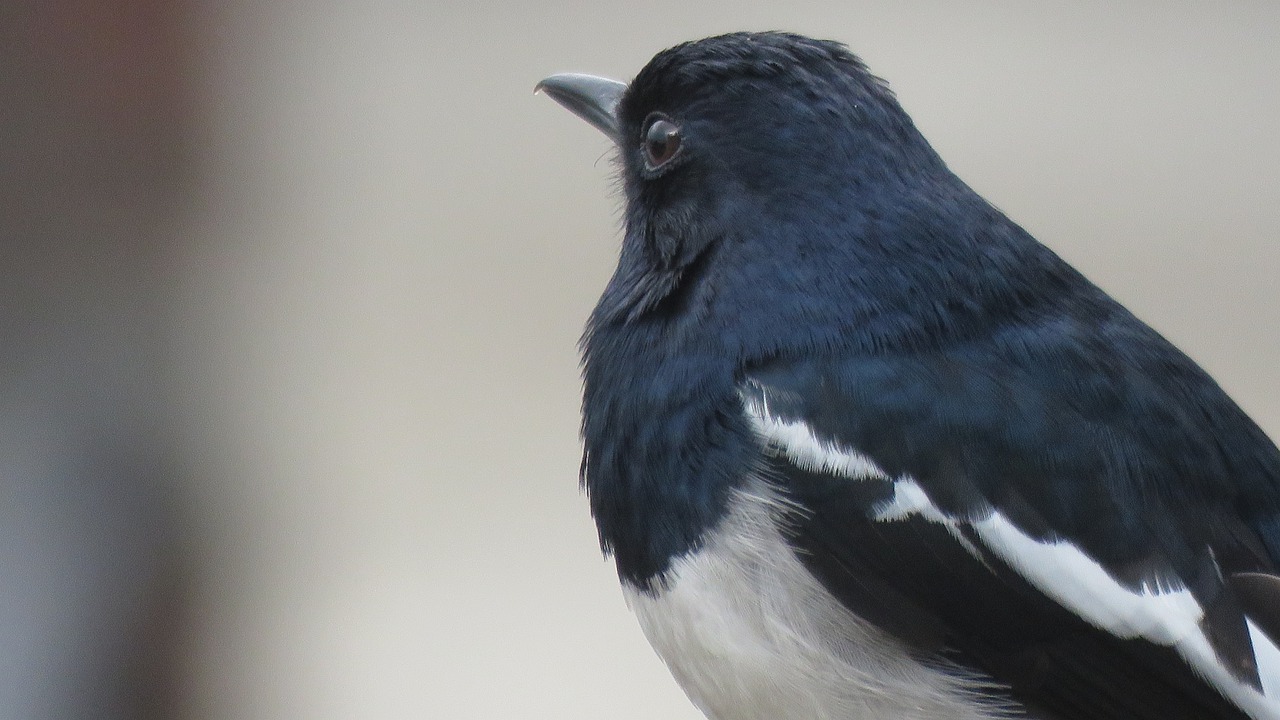 Malaysia’s Oriental magpie-robin is a priority species threatened by Asia’s Songbird Crisis (Photo: shifa kaynat, Pixabay, License)TRAFFIC, an international NGO that monitors the global wildlife trade, records in “Smuggled for its Song” that 66% of all Malaysian Oriental magpie-robins seizures between January 2015 and December 2020 occurred in the last year: that means nearly 18,000 birds seized in 2020 out of the 26,950 confiscated in the last five years.

At least 64% were being smuggled from Malaysia to Indonesia, suggesting the species is being increasingly targeted to feed the latter’s thriving songbird trade. Indonesia’s own population of Oriental magpie-robins was once abundant, notes the paper, but uncontrolled trapping resulted in its severe decline.

Supply has therefore migrated to Malaysia, placing that species’ local population under intense pressure. As a result, the bird has been flagged by some organizations as a priority species threatened by the Asian Songbird Crisis.

That said, its trapping and trade remains largely unregulated in both Malaysia and Indonesia, allowed within quotas and requiring only a few permits. Even those lax directives are often violated though and smugglers have until recently operated relatively unconstrained.

The Indonesian markets are supplied by international trafficking networks composed of nationals from both countries who rapidly move thousands of birds across the land and sea, says Elizabeth John, Senior Communications Officer at TRAFFIC.

“Many environmental crime cases involve both locals and foreign nationals and (that’s) not unique to bird smuggling, but happens with the poaching and trade of tigers, leopards, sun bears and other species,” John told OCCRP.

Nonetheless, it would be inaccurate to blame this apparent intensification of trafficking solely on Malaysia’s songbird-adoring neighbour. Domestic demand is also voracious: Oriental magpie-robins were the second most numerous species advertised on Malaysian online wildlife marketplaces in 2020 and the ninth most numerous across various Facebook groups.

As for demand-reduction campaigns, which have had success in lowering consumption of certain wildlifeproducts in Asia, those focused on songbird pets remain either nascent or non-existent.

“I don't know of any in Malaysia. And as far as we know, understanding the demand and carrying out targeted demand reduction in Indonesia is in early stages,” John said.