Indonesian authorities seized over 11,000 wild birds last month, mostly songbirds headed for the notorious bird markets on the island of Java, according to an NGO press release on Friday. 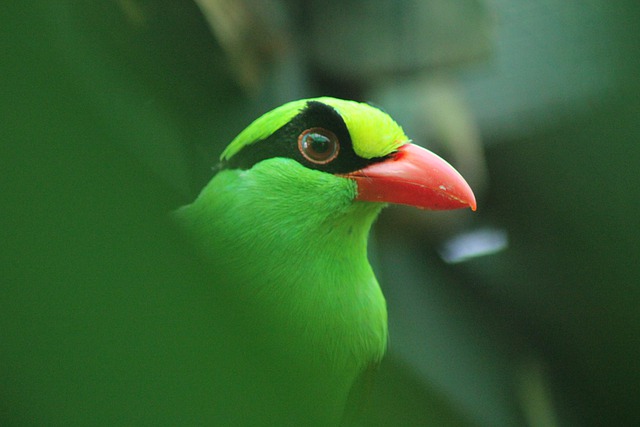 Indonesia’s ‘Songbird Crisis’ has nearly driven the endemic Javan Green Magpie to extinction. (Photo: Gaston1876, Pixabay, License)TRAFFIC, an international NGO that monitors the global wildlife trade, reported that 14 seizures were carried out across nine Indonesian provinces in January, including two seizures daily on January 25 and 26 that almost netted a combined 5,000 birds.

Indonesia is infamous for its wild bird trade, which in 2005 was estimated to extract over half a million birds every year from the jungles of Sumatra - legally and illegally - to supply the country’s obsession for caged birds. Dominated by songbirds, many of these animals become high-status pets; others are entered into bizarre singing contests attended by local elites.

While including at least 17 protected species, which cannot be traded according to Indonesian law, most of the birds were only confiscated for being moved without valid permits. That said, even the legal trade is problematic, since the TRAFFIC report notes that high rates of trapping have caused dramatic population declines among certain species.

Captive breeding has sprung up as a result, but the greater cost means most wild birds are still caught in Sumatra by local trappers and then transported or smuggled by boat or commercial airline to the main trading hubs in Java.

The breath-taking scale of the multimillion-dollar trade, which has resulted in one third of Java’s 36 million households owning up to 84 million caged birds, has been dubbed the “Asian Songbird Crisis.”

Procurement is accomplished by semi-informal trappers, while consolidation, transport and smuggling lie in the hands of more organized professional networks, according to Elizabeth John, Senior Communications Officer at TRAFFIC. Many retailers engage in both legal and illegal trade.

The January seizes are therefore positive in that they indicate “greater enforcement effort and a growing realisation that birds are being extracted from the wild and trafficked within Indonesia at an alarming rate,” John told OCCRP.

However, she pointed out, “I'm not sure we can exactly say that this is a successful crackdown on the trade. Large bird markets still exist in Indonesia offering very high numbers of wild-caught protected species”.

Any real solution must hence tackle both suppliers and buyers, John emphasises, so as to “ramp up prosecution of bird traffickers and illegal traders, and work on reducing consumer demand.”