The European Union will for the first time use a new mechanism against human rights abusers to punish Russian officials believed to be responsible for the recent jailing of Kremlin's top critic Alexei Navalny. Critics said on Tuesday the move will not have much of an impact. 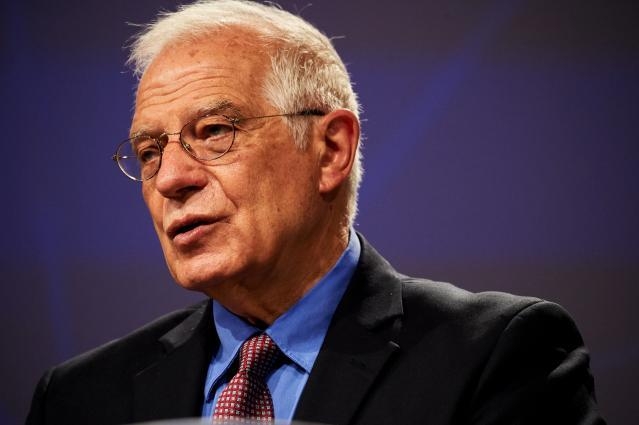 EU High Representative for Foreign Affairs and Security Policy, Josep Borrell.(Photo: European Commission)After he returned in January to Moscow from Berlin, where he was treated after surviving a poisoning attack in Russia, Navalny was arrested and sentenced to nearly three years in prison for parole violations. The move was criticized internationally.

The EU’s Foreign Affairs Council agreed on Monday to use the global human rights sanctions regime adopted in December. It allows the bloc to impose travel bans and freeze funds from individuals and entities that are involved or associated with serious human rights violations.

As soon as it was passed, the document was depicted as the European version of the Magnitsky Act – adopted by the U.S. in 2012, as well as in Canada, the UK and the Baltic states – which sanctioned those responsible for the murder of Sergey Magnitsky, a Russian whistleblower and tax expert who, after uncovering high-level state corruption, was tortured in Russian captivity, and denied access to medical attention prior to his death.

“The ministers unanimously interpreted Russia’s recent actions and responses as a clear signal of not being interested in cooperation with the European Union,” EU High Representative for Foreign Affairs and Security Policy, Josep Borrell, told reporters after Monday’s session.

He stressed that the ministers reached a “political agreement to impose restrictive measures against those responsible for Navalny’s arrest, sentencing and persecution.”

“For the first time ever we will make use of the EU Global Human Rights Regime to this end,” Borrell said.

While Borrell did not mention any names, Reuters cited a EU diplomat as saying that the proposed travel bans and asset freezes would target the Chairman of the Investigative Committee of Russia, known as Sledkom, Alexander Bastrykin. Sledkom is in charge of investigations of top crimes and reports directly to president, Vladimir Putin.

The sanctions will be imposed as soon as they pass through the administrative procedures of the EU member states and Borrell said he hoped that will not take longer than a week.

The announced sanctions, however, did not impress Navalny’s supporters, who criticized the EU move as insufficient.

“Sectoral sanctions only allow Putin and his cronies to steal even more, blaming all the failures of their economic policy on ‘pressure from the West’,” Navalny’s close associate, Leonid Volkov, commented on Facebook.

He said that EU politicians still do not understand Russia’s politics, nor that oligarchs and security forces are on the same side, are “two pieces of the same puzzle,” working together, to make rich people even richer, “while human rights in Russia have been violated.”

“It is disappointing that the EU Foreign Affairs Council, under a far-fetched pretext, adopted a decision to prepare new unlawful unilateral restrictions on Russian citizens,” the Ministry said in a statement, accusing Brussels of “obeying bloc discipline and anti-Russian stereotypes,” and “instinctively pushing inoperative sanctions” against Russia again.