An increasingly large, lucrative and often illegal trade in seahorses, sea cucumbers and dried fish bladders is threatening the collapse of marine wildlife reserves across dozens of African countries, according to a report published last week. 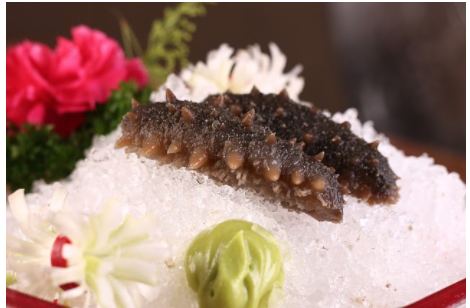 Sea Cucumber remains one of China’s ‘Big Four’ luxury delicacies, despite dwindling populations. (Photo: qq53536283, Pixabay, License)TRAFFIC, an international NGO that monitors the global wildlife trade, revealed in its report “A response to trade in high-value marine products between Africa and Asia” how surging demand in East Asia for luxury marine wildlife products is driving a burgeoning and unsustainable trade heavily centred on the special administrative region of Hong Kong.

This has created a “gold rush” for dried fish bladders, known technically as fish maws or colloquially as “cocaine of the sea,” with Asian retailers of wildlife products responding to the ongoing decline of the shark fin trade by increasingly touting fish maw as a highly prized alternative.

As a result, wholesale prices have risen to approximately US$190 per kilogram in African source countries, compared to the $10 per kilogram that larger fish may fetch. This has driven overfishing of certain species and very often the targeting of vulnerable others, argues the investigation.

Fish maw and shark fin are two of China’s “Big Four” traditional luxury delicacies, along with abalone and sea cucumber, meaning the last of these has seen a similarly rapid global decline in stocks while Asian consumption booms. A significant jump in price is thought to be the result, further raising its attractiveness to fishermen and vendors.

Dried seahorses have proven the most profitable marine commodity of all, nearly tripling in import price in Hong Kong throughout the last decade: from around $250 per kilogram in 2008 to $700 per kilogram in 2018, according to the policy paper.

However, both illegal fishing and smuggling of these products does occur.

“As the trade in fish maws, sea cucumbers, and seahorses from Africa to Asia increases in volume, we simultaneously see significant discrepancies in the reported imports and exports of products linked to these [products],” says Simone Louw, Project Support Officer at TRAFFIC and author of the report.

Hong Kong import data on sea cucumbers lists 33 African source countries, yet only six of these have reported sea cucumber exports in the last decade. Kenya has reported zero exports of Nile Perch fish maw over the past ten years, yet it remains one of Africa’s largest source countries.

Guinea and Senegal, the first and second largest African exporters of seahorses to Hong Kong, have simply neglected to record the necessary export data demanded by the Convention on International Trade in Endangered Species (CITES).