Polish police announced Wednesday the arrest of 13 people and seizure of hundreds of thousands of counterfeit and stolen pharmaceuticals it says were the product of an international organized crime ring of Polish and French nationals, according to a statement by the Central Police Investigation Bureau (CBŚP). 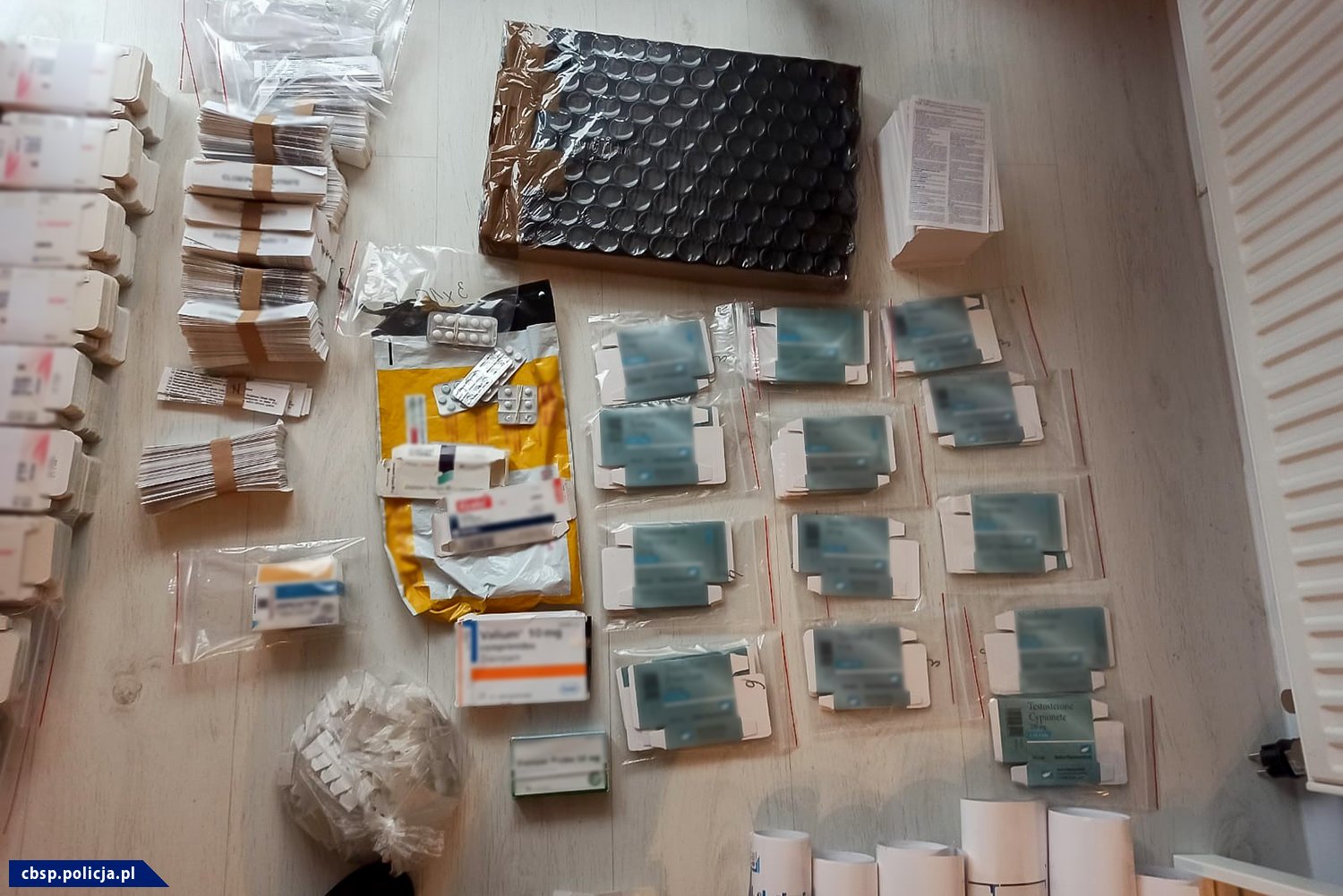 Seized counterfeit pharmaceuticals. (Photo: Polish police)Authorities estimate that over the past three years the group may have imported around a half a ton of active substances to Poland from Asia, which it then shipped to various countries to be manufactured into counterfeit medicine.

The joint operation with Italian and French law enforcement agencies secured a broad range of fake and stolen medicine including drugs used to treat cancer, anabolic steroids, psychotropic drugs and 15kg of “active substances and other semi-finished products” worth at least 25 million Polish zloty (US$6.7 million). The European Anti Fraud Office (OLAF) coordinated the multinational action.

“Today at #WorldCancerDay OLAF stands together in fighting one of leading causes of death in the #EU,” OLAF said on Twitter.  “Making sure (EU) market is protected from #pharmaceutical#fraud is one of our roles & we are committed to securing citizens’ #Health.”

OLAF added that the result of such crime were “tens of millions of counterfeit pharmaceutical products, mimicking some of the best-known brands in the world,” which then found their way back to the Polish market or were sold to consumers all over Europe and the U.S. via online stores.

The gang, as the investigation revealed, had also stolen considerable quantities of genuine pharmaceutical products from production plants, which were then sold illegally. The profits were allegedly used to buy a number of properties, several of which were seized by police, according to the statement.

“Helping to shut down criminal gangs such as this one, which not only steal money from citizens and legitimate businesses but also pose a real threat to people’s lives by peddling their fake medicines, is a very satisfying part of OLAF’s investigation and coordination work,” the agency’s Director-General, Ville Itälä, said.

The detained suspects, according to OLAF, could face charges of “endangering public health through the production, storage, and sale of fake medicinal products, as well as illegally importing active substances and finished medicinal products and laundering money from criminal activities.”