British authorities have charged two Albanian men with drug trafficking and illegal firearms possession after police seized a gun, cash and three kilograms of cocaine during a search of a flat in northern London last week. 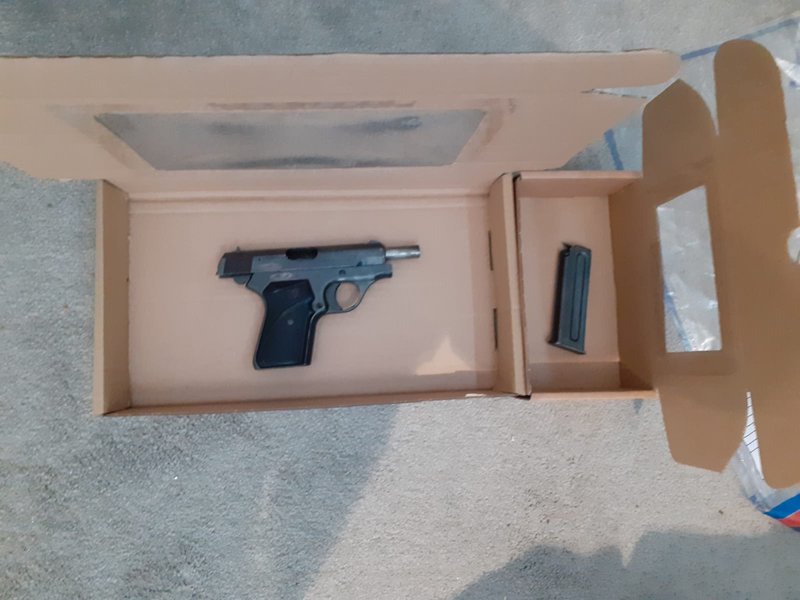 Firearms seized in action. (Photo: NCA)Violent Albanian crime groups are exerting considerable control over the drug market in the UK, particularly London, the National Crime Agency, NCA, has been warning for years.

Police raided the flat on Hornsey High Street, where they discovered approximately £25,000 (US$30,884) in cash, two kilos of cocaine and 24 rounds of ammunition stashed in various kitchen cupboards, the NCA said in a statement.

The officers recovered a notebook which they suspect is a ledger for drug dealing. During the search of the apartment, they also found a .32 calibre pistol in the wardrobe of one of the bedrooms, while another kilo of cocaine was hidden behind the toilet panel in the en suite bathroom.

Just a day before the operation in Hornsey, British border police arrested another two Albanian nationals suspected of breaking into the London Container Terminal in Tilbury to retrieve packages of drugs with a street value of more than £1 million ($1.23 million).

The two cases “are separate and are not linked,” the NCA told OCCRP.

However, the agency warned years ago that Balkan criminals, and Albanians in particular – who operate primarily from London - are "increasingly expanding their network of influence, forming direct relationships with suppliers in Latin America."

Rather than go through traditional European hubs, Colombian cocaine is being shipped directly to the UK.