Two Ukranian men were charged Tuesday for their part in a large-scale international conspiracy to rig the United States’ securities market by making investment decisions based on stolen financial information not yet available to other investors. 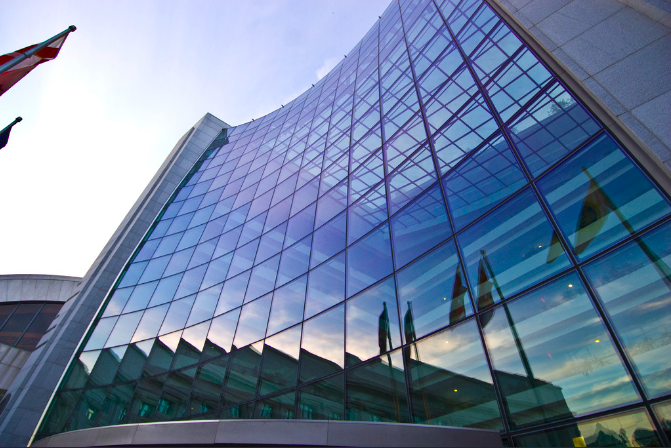 The U.S. Securities and Exchange Commission headquarters in Washington, D.C. (Photo: Flickr, CC BY-SA 3.0)According to a 16-count criminal indictment, Artem Radchenko, 27, and Oleksandr Ieremenko, 26, hacked into the Securities and Exchange Commission’s (SEC) computer systems and stole thousands of files containing sensitive financial information on public companies in a scheme that led to at least US$4.1 million in illegal trading profits.

The same day, the SEC also filed civil charges in a related case against Ieremenko and six others from the U.S., Ukraine, and Russia plus two offshore trading companies.

By trading on unpublished information, U.S. Assistant Attorney General Brian Benczkowski said in a statement that the defendants compromised the integrity of the securities market and deprived honest investors of a level playing field.

The SEC is a U.S. federal agency tasked with regulating exchange markets and protecting investors. The body requires publicly traded companies to disclose detailed financial information that often influences the price of its stock once published, such as earning forecasts and newsworthy developments.

Before such information is made public, however, the SEC allows companies to make test filings through its Electronic Data Gathering, Analysis and Retrieval (EDGAR) system.

Between February 2016 and March 2017, Radchenko and Ieremenko allegedly used a series of targeted malware attacks to break into the EDGAR system and steal thousands of test filings before they were released to the public.

“They targeted the Securities and Exchange Commission with a series of sophisticated and relentless cyber-attacks, stealing thousands of confidential EDGAR filings from the Commission’s servers and then trading on the inside information in those filings before it was known to the market, all at the expense of the average investor,” U.S. Attorney Craig Carpenito said in a statement.