Transparency International (TI) released its 2015 Corruption Perceptions Index (CPI) on Wednesday, writing that while a handful of nations in Europe and Central Asia have improved, many are seeing corruption grow while civil society space and democracy shrinks. 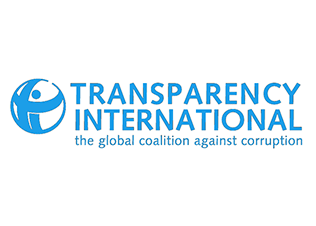 Based in Berlin, TI is an anti-corruption organization that ranks the perception of public sector corruption from 0 (highly corrupt) to 100 (very clean). According to a TI news release, more countries improved their scores from 2015 than declined, yet 68 percent of countries worldwide have a serious corruption problem, according to the report.

Within Eastern Europe and Central Asia, 95 percent of countries scored below 50 out of 100, with a average score of 33, 10 points lower than the global average. The index shows deterioration in nations like Hungary, Macedonia and Turkey, which have all dropped three points, due to “politicians and their cronies…hijacking state institutions to shore up their power,” according to TI.

The report says Ukraine has remained towards the bottom of the list, despite improving by one point to 27 from 2014, indicating challenges for a government that “is dragging its heels in carrying out much-needed reforms.”

Pervasive corruption in Central Asia continues to place much of the region near the very bottom of the global list. Azerbaijan, where an OCCRP partner was sentenced to 7.5 years in prison for reporting on government corruption, scored a 29. Uzbekistan, home of Gulnara Karimova, scored a 19.

The report says that while northern Europe is home to four of the top five countries, they are not free of corruption overseas, with the Swedish-Finnish firm TeliaSonera facing allegations that it paid millions in bribes in Uzbekistan.