Ten marijuana farmers who shot at police attempting to regain control over an outlaw region of Albania in 2014 were jailed by a Tirana court Monday, according to Reuters. 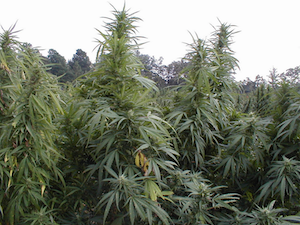 The village of Lazarat, allegedly Europe’s largest illegal marijuana producer, had been beyond police control for more than a decade when it was the scene of a five-day shootout between heavily armed villagers and police in June 2014. The village is about 230 kilometers (140 miles) south of Tirana near the Greek border.

Authorities seized more than 25 tons of marijuana, destroyed more than 90,000 cannabis plants and seized dozens of automatic weapons during the raid, according to the BBC. The village had been producing about 900 tons of marijuana per year, worth € 4.5 billion (US$ 4.9 billion) or nearly half of Albania's gross domestic product.

Reuters reports that the court sentenced Gate Mahmutaj, a ringleader of growers in the village, to 18 years in prison on charges of allegedly creating a criminal group, resisting police, cultivating cannabis and possessing weapons.

The court also gave several other gang member sentences that varied between two and 17 years.

Albania, which has been called the “Cannabis Kingdom,” has earned praise and European Union candidate status for cracking down on marijuana cultivation.