Albania: Drug Destructions Could Mark the Fall of ‘Cannabis Kingdom’

Nearly all the cannabis plants being grown in Albania have now been destroyed, officials said Wednesday. 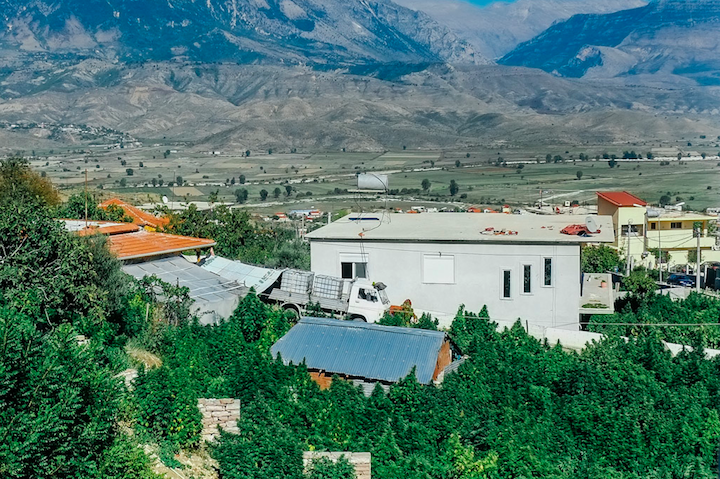 Lazarat Village in Albania.Albania began a crackdown last year on cultivation of marijuana, which had proliferated in the Balkan country to the point that some called it the ‘Cannabis Kingdom’.

Last year police destroyed 550,000 marijuana plants and 102 tons of marijuana with an estimated market value of € 7 billion (US$ 8.5 billion), according to Associated Press – more than two thirds of the country’s GDP.

According to Interior Minister Saimir Tahiri, 99.2 percent of the cannabis plants identified using satellite images this year – 690,000 specimens across 109 acres – have also been destroyed.

Albanian authorities have struggled in the past to control prolific production of marijuana within its borders.

When police launched a raid last year in the southern village of Lazarat – famous for its cannabis cultivation – they were greeted with automatic weapons and rocket fire from the drug farmers.

In June this year, a police officer was shot dead in Lazarat in another raid.

Since the Lazarat raids began, drug growers have reportedly moved to the mountains to continue production, far from the prying eyes of the authorities.

They are using planes to transport the narcotics internationally, said Tahiri.

Washington nominated an FBI agent and a prosecutor to assist local police in their efforts, according to Foreign Policy.

According to Prime Minister Edi Rama, drug organizations have lost billions of euros since the operation began in 2014.