As long as the illegal drug trade has existed, traffickers have come up with creative ways to smuggle their product across borders.

For years, hidden compartments in cars and suitcases sufficed, but with the advent of more advanced screening technology and drug sniffing dogs, smugglers have had to up their game. Sometimes that has meant launching cans full of marijuana over the U.S. border via a gas-powered cannon, as some Mexican growers did earlier this month, filling lollipops with heroin, or crafting hollow replicas of famous works of art to stuff with contraband, as Colombian cocaine traffickers did in 2010. The ever-present flow of cocaine from Colombia has also taken the form of plaster casts, and has even been molded as a paste into fake Manolo Blahnik designer shoes.

Unfortunately, some of the most reliable new methods also raise the stakes for the health of the drug mules who must carry the goods.

Police at Barcelona's El Prat airport on Wednesday arrested a woman arriving from Bogota when they discovered she was carrying 1.38 kg of cocaine in her brand-new breast implants. The Panamanian woman told police that drug traffickers had forced her to undergo the surgery, and judging from her blood-soaked bandages and fresh wounds, it's safe to say her surgery was not among the most professional of procedures. 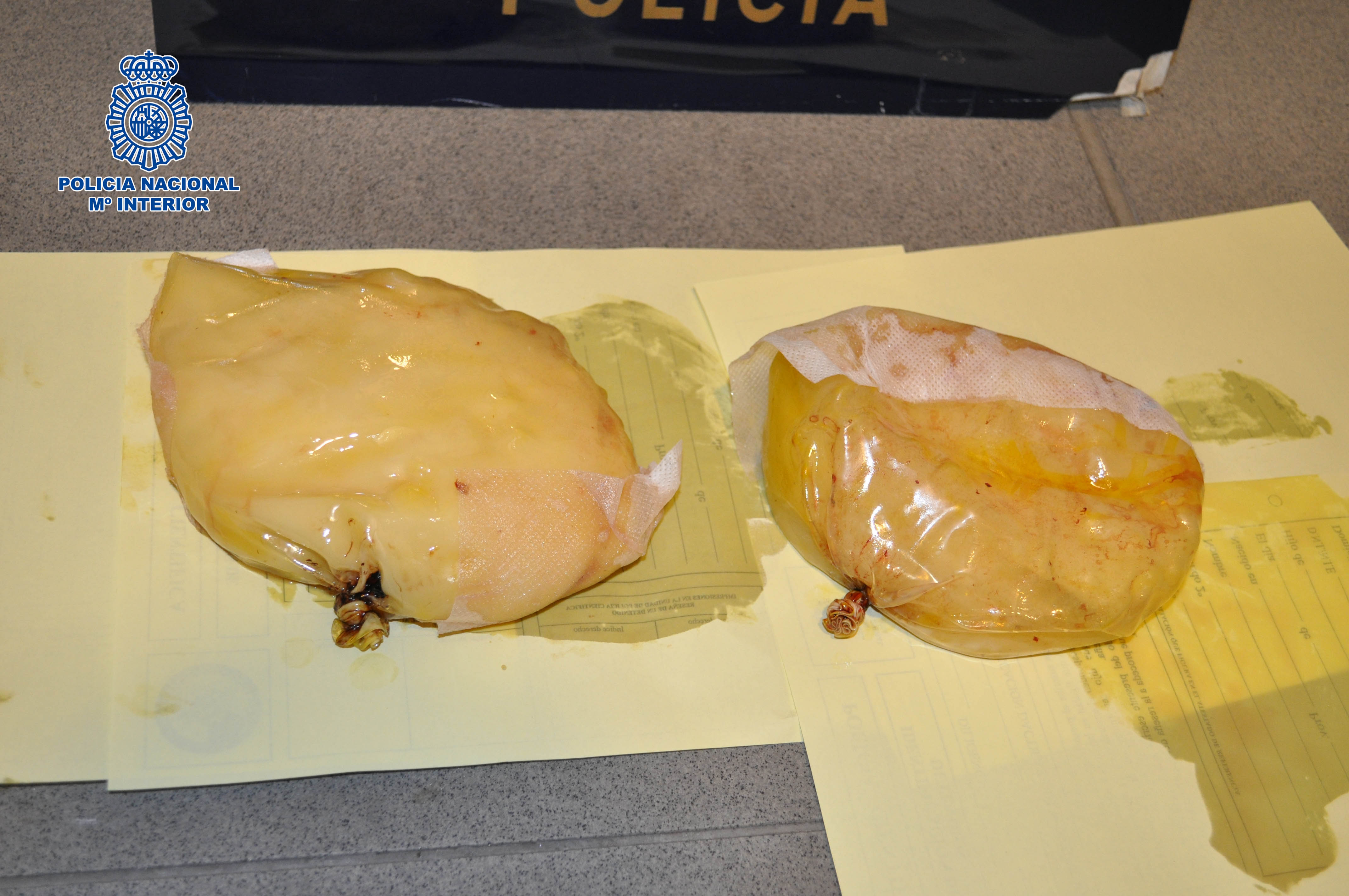 The arrest may have saved her life. Smuggling drugs internally (also known as "body packing") is extremely dangerous, because if any of the units – often condoms, stuffed with the drug and tied like balloons – are to rupture the result is an immediate, painful, and usually fatal overdose.

Orlando Tobon, a Queens, New York resident who makes funeral arrangement for "unclaimed" Colombians who have died bringing drugs to the United States, said in 2004 that he deals with up to three or four cases of fatal overdoses per week doing this work.

All sorts of live animals have been exposed to the dangers of drug smuggling as well, as they've become a popular vessel for transport in recent years. In 2005, U.S. DEA agents rescued ten purebred Labrador puppies that had been  implanted with about half a kilo of heroin each. Officials at the time speculated that the dogs were not meant to live past the heroin delivery, when they would be cut open and the drugs retrieved. Soon after their rescue, three of the puppies died of infections from their incisions.