Two Nobel Peace Prize laureates called on the International Committee of the Red Cross (ICRC), a three-time Nobel Prize laureate, to use its authority and intervene on behalf of incarcerated Russian opposition leader Alexei Navalny. 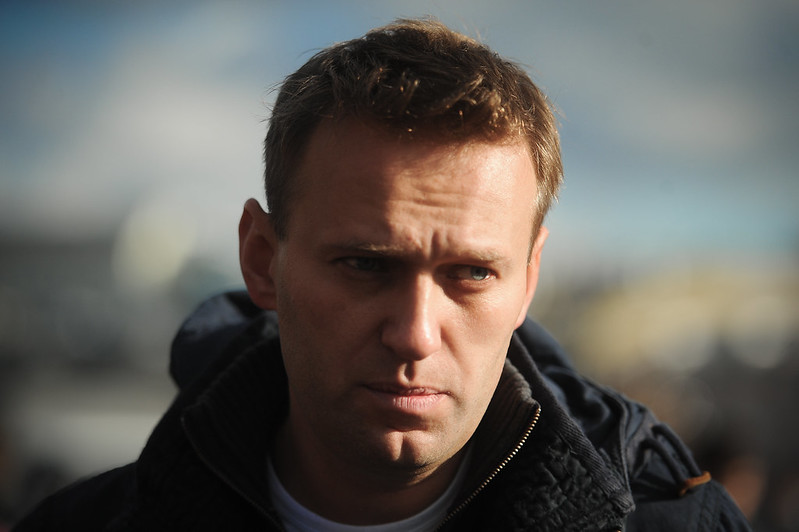 “As long as [Navalny's] torment goes on, we are all accomplices of the executioners,” they wrote.

The ICRC, according to Muratov, responded to his and Reesa’s letter, saying that “the organization does not have a mandate for such actions.” The two then called on all non-governmental organizations to help free Navalny.

In an article accompanying the letter, Muratov, Novaya Gazeta’s editor-in-chief, cited numerous troubles the Russian opposition leader has been facing during more than 700 days in Russian prisons.

Russian authorities detained Navalny in January 2021 after he returned to Moscow from Berlin, where he was treated in a hospital after surviving a poisoning attack in Russia.

A month after that, Moscow’s Simonovsky District Court convicted him for breaking the conditions of his 2014 suspended sentence in the so-called Yves Rocher case.

Navalny was sentenced to house detention and his brother Oleg to prison for allegedly taking advantage of the French cosmetic company’s Russian business. In 2017, the European Court of Human Rights found that Alexei and Oleg Navalny’s sentences were “arbitrary and unfair.”

However, when he was lying in a coma in a Berlin hospital after the poisoning attack, he failed to report to authorities in Russia, as prescribed by the judge.

This is why Navalny was sentenced and taken to the Pokrov IK-2 penitentiary center, where he spent more than 500 days before being moved to Melekhovo IK-6 prison – considered as one of the harshest in the country.

The transfer to Melekhovo came after another trial in which the Moscow’s Lefortovo District Court, believed to be in charge of dealing with cases provided by the Federal Security Service (FSB), convicted Navalny of with misusing donations from his Anti-Corruption Foundation (FBK) and Navalny’s Headquarters for personal gain.

With other accusations – insulting the trial participants during the proceedings for allegedly slandering a Russian veteran by using offensive terminology – Navalny was sentenced to nine years in Melekhovo.

Muratov, who has been targeted by the Moscow regime himself, warned that Navalny’s frail health is jeopardized by the brutal treatment in jail, including spending more than 100 days in solitary confinement for reasons like washing his face 25 minutes sooner than scheduled.

Among other, solitary confinement means no visits, no letters or parcels, nothing except basic hygiene items in a tiny cell.

Such treatment, as he said, contradicts even the country’s laws and the Constitution.

“It’s not about criminal prosecution of a politician, or about the Russian judicial system… it’s about a person in the hands of the state, whose life is slowly fading away before our eyes,” Muratov wrote.