US: Pedophile Sentenced to 60 years for Operating Sex Trafficking Ring

A sex trafficker and pedophile who exploited dozens of vulnerable women and girls, endangered their health, and coerced them into having sex with him, was sentenced Tuesday in U.S. federal court to 60 years in prison. 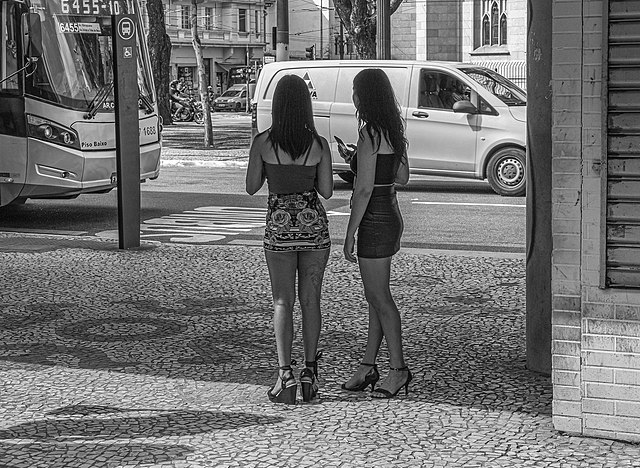 William D. Foster, the leader of a sex trafficking ring, was sentenced Tuesday to over 60 years in prison. (Photo: Wilfredor, Wikimedia, License)William D. Foster, 50, operated a sex trafficking organization for over 20 years, where he pimped and sexually abused his victims to the point where he endangered their very lives, according to the U.S. Department of Justice (DOJ).

The investigation to bring the sex trafficking ring down was headed by the FBI and Homeland Security Miami field offices.

At any given time, Foster kept tabs on up to 15 women and girls who stayed in his home, where he used extensive physical and psychological manipulation to force them into his servitude and break them to his will.

He threatened dozens of victims to work at various South Florida exotic dance clubs and also pimped them out to engage in prostitution to his benefit. These women and girls were put to work in eight-hour shifts, six days a week, every week of the year.

Foster frequently had sex with his victims when they weren’t with their clients. He was not averse to pedophilia, as he forced the girls to submit to him sexually as well, according to the DOJ.

The money earned by Foster’s victims all went into his own pocket. To give them false hope at any chance of escape and a better future, he would lie to them saying that he had invested their earnings so that they could retire before hitting 30.

This is a common practice amongst pimps, who coerce their victims to hand over all their hard-fought earnings under an ever-present threat of physical violence or abandonment. In many cases, these women find themselves in unfamiliar environments and are manipulated into believing that their pimp is in fact acting in their best interests, or they are simply too desperate to fight back.

When one summoned the courage to leave, he would threaten to hurt them and to leave them in financial ruin. As he stole their income and was in total control of their finances as their pimp, those who managed to escape did so with nothing to their name.

Foster exploited the women and girls psychologically in order to keep them in his employ and subservient to his will. Even the purchase of basic human necessities such as food, clothes, or personal hygiene products could not be done without his expressed permission.

Their diet and physical appearance were managed by him as well. His victims were subjected to liquid diets and unsafe weight loss surgeries to keep them skinny, and also anti-anxiety and anti-psychotic medications to further harm their mental well-being.

Foster’s operations extended across the country. He sexually trafficked women and girls up and down the eastern seaboard, as well as in Nevada and Michigan.

In an ironic twist, Foster ran a website called ‘Foster’s Care’ where he advocated to help human trafficking victims, but in actuality it was nothing more than a ruse to lure more women and girls to locations where he could enslave them.

In addition to Foster’s 60-year sentence, which will see him live out the rest of his days in prison barring compassionate release, the judge ordered him to forfeit $3.4 million and to pay over $14 million in restitution to his victims.