U.S. Bans Honduran Ex-President from Entering the Country over Corruption

The United States introduced visa restrictions against the former Honduran President Juan Orlando Hernández and included his name into its corruption and undemocratic actors list that now counts 56 individuals. 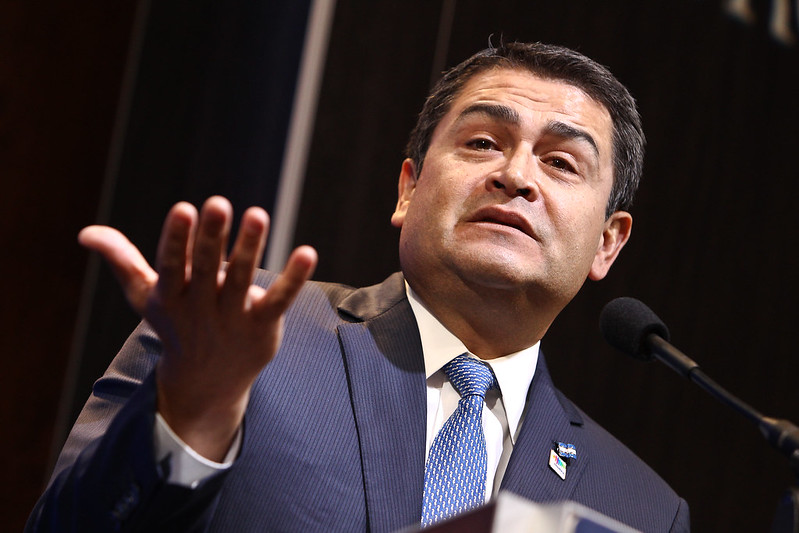 The U.S. Department of State made the list public last summer and authorities included Hernández just a little over seven months later.

The list was handed over to Congress under a law proposed by the then U.S. Congressman Eliot Engel in late 2020.

This instrument was created to include foreign individuals “who have knowingly engaged in actions that undermine democratic processes or institutions, significant corruption, or obstruction of investigations into such corruption in El Salvador, Guatemala, and Honduras,” the U.S. Department of State said.

It also said that Hernández “engaged in significant corruption by committing or facilitating acts of corruption and narco-trafficking, and using the proceeds of illicit activity to facilitate political campaigns.”

The U.S. Drug Enforcement Administration (DEA) first investigated the former president back in 2019. Later prosecutors accused him of allegedly cooperating with drug traffickers, helping criminals transport cocaine, and accepting their donations for his presidential campaign, OCCRP reported. At the time, thousands demonstrated in the Honduran capital among other reasons against corruption and his government.

U.S. officials also stated that Hernández was “identified by name in sworn witness testimony in a U.S. federal criminal proceeding as having received narco-trafficking proceeds as part of his campaign funding.”

In 2019, a U.S. court accused the former president’s brother of securing millions of dollars of drug proceeds for the Honduran National Party campaigns in connection with presidential elections in 2009, 2013, and 2017, OCCRP reported. According to a U.S. court statement, the former Sinaloa cartel leader Joaquín Guzmán Loera, alias El Chapo, had given Juan Antonio "Tony" Hernández US$1 million to support his brother’s presidential campaign in exchange for providing protection for members of their conspiracy and their cocaine shipments through Honduran territory.

The former president is often cited as a co-conspirator in several drug trafficking trials across North American courts, including that of his brother Tony, who in March 2021 was sentenced to life in prison.

Since Hernández’s name began to appear in investigations he has stood up for his innocence, insisting that accusations against him come from criminals and should not be considered.

Shortly after the U.S. Department of State made public the decision, Hernandez promptly tweeted an image of an open letter in which he laid out his defense. He accused drug traffickers and murderers of making false claims and implied that the U.S. authorities’ decision is based on false allegations. The former president also made a point of his fight against organized crime in Honduras.

Hernández was put on the list just after he left office in late January this year. Considering the National Party’s loss in the 2021 presidential election, Hernández is likely to look for ways to shield himself from a prosecution in the United States or even extradition.