A U.S. court found the brother of Honduran President Juan Orlando Hernandez guilty of participating in the smuggling 200,000 kilograms of cocaine into the United States while relying on "state-sponsored drug trafficking." 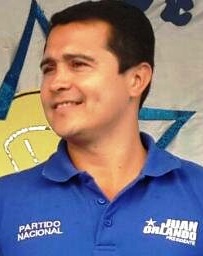 “Tony Hernandez was involved in all stages of the trafficking through Honduras of multi-ton loads of cocaine that were destined for the U.S.,’’ Manhattan U.S. Attorney Geoffrey S. Berman said.

Furthermore, the court accused him of illegally earning millions of dollars through drug trafficking and that he “funneled millions of dollars of drug proceeds to National Party campaigns to impact Honduran presidential elections in 2009, 2013, and 2017.’’

Hernandez collaborated between 2010 and 2013 with the infamous former Sinaloa Cartel leader Joaquín Guzmán, known as El Chapo, the statement said. Hernandez was found to have assisted El Chapo in drug trafficking on multiple occasions and delivered El Chapo’s $1 million bribe to his brother in connection with the 2013 national elections.

The office of the Honduran President issued a statement on Saturday saying that "President Hernández categorically denies the perverse and false accusations" contained in Friday's court filing.

"Hernandez has led an unprecedented battle to free his country from drug control, working in an effective partnership with the United States government and other allies," it said, adding that during the current administration more than 40 drug dealers have been extradited to the United States, and that some are now seeking revenge.

"The drug traffickers who are now in the custody of the US authorities want revenge on President Hernández, who ended the impunity they enjoyed in some previous governments," it said.

President himself denied the accusations, saying that he received the news with great sadness.

‘’What can be said about a conviction based on testimonies of confessed murderers …?” Juan Orlando Hernandez tweeted.

The prosecution also claimed that the convict used the national police to get rid of two of his rivals - Franklin Arita, murdered in 2011 and another drug trafficker called  "Chino" in 2013.

Hernandez cooperated with other criminals from Colombia, Honduras and Mexico to import and distribute multi-ton loads of cocaine into the United States from 2004 until 2018, when he was arrested in Miami.

The court also claims that he used heavily armed Security including members of the Honduran National Police in drug smuggling operation.

“Hernandez helped process, receive, transport, and distribute multi-ton loads of cocaine that arrived in Honduras via planes, helicopters, and go-fast vessels,’’ the statement said. Some of the cocaine packages even had his initials stamped on them.

The court said that the defendant will be sentenced in January 2020. His lawyer has announced an appeal.