Authorities in Brazil arrested 13 people for their involvement in the laundering of drug trafficking proceeds linked to a famous drug baron who has been sitting in jail since 2017. 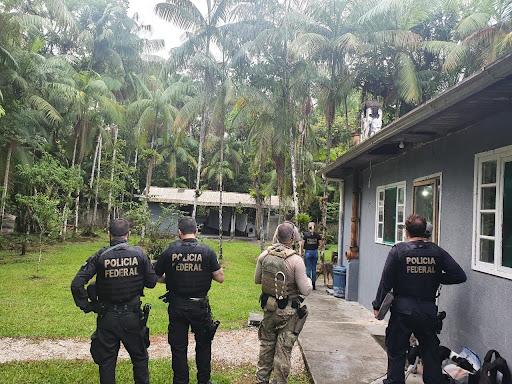 Authorities in Brazil arrested 13 people for their involvement in the laundering of drug trafficking proceeds linked to a famous drug baron who has been sitting in jail since 2017. (Photo: Polícia Federal Brasil, screenshot, License)Investigators found that nearly US$750 million dollars had traveled through companies directly or indirectly linked to only one of the suspects. Authorities seized nearly $2.5 million dollars in cash. The gang hid this amount of money in boxes filled with vegetables and loaded on a truck that was supposed to travel from Curitiba city to São Paulo.

The operation showed that the inner circle of Luiz Carlos da Rocha, alias “White Head,” continues to operate across the region, despite his imprisonment.

"The police targeted the drug dealer's (White Head) family members who helped him launder illicit money," a police statement sent to reporters via WhatsApp said. "The investigations showed that the group was not limited to only laundering the money of the drug dealer “White Head”, but also had a relationship with several other criminal organizations operating in the country, involved in crimes other than drug trafficking."

Even after his arrest, the criminal organization tied to him moved most of its financial operations through neighboring Paraguay, where da Rocha owned several farms and was well connected to the underworld.

The illicit proceedings passed through money changers known as doleiros, and money exchange businesses. Both operated on the Southern Cone’s Tri-Border Area, between Brazil, Argentina, and Paraguay. This criminal organization also resorted to frontpeople known as laranjas, shell companies, and accountants.

Brazilian authorities worked together with Paraguayan prosecutors on this case and seven of the 46 searches were conducted in Paraguay.

During the operation, authorities in Brazil seized expensive watches, vehicles, paintings, and $4,800 dollars found hidden behind a fake wall.