Brazilian authorities said Saturday that they have arrested South America’s most wanted “drug baron” who evaded justice for three decades by changing his name and altering his face using plastic surgery. 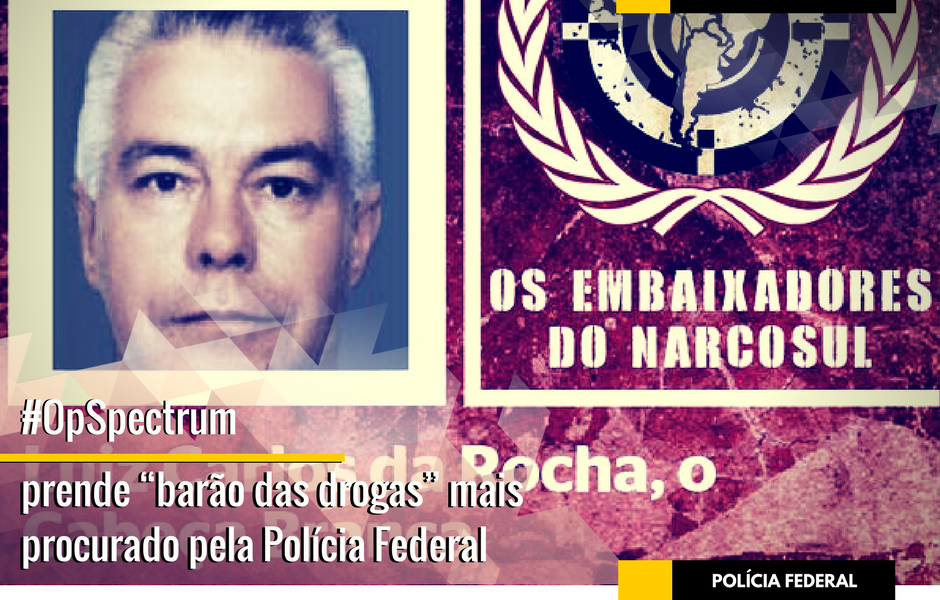 But as Federal police were probing a drug trafficking ring, the photo of the leader of the gang appeared familiar to them.

Police was investigating a gang suspected of producing cocaine in Bolivia, Peru and Colombia and then shipping it to Brazil in small airplanes that used Venezuelan airspace.

Once in Brazil, some of the drugs were taken to Sao Paulo and Rio de Janeiro to be distributed to local gangs and some were driven to the Port of Santos to be shipped to Europe and the United States, the police statement said.

Authorities estimated that the gang brought five tons of cocaine to Brazil every month.

Investigators identified the leader of the violent gang as Vitor Luiz de Moraes but then studying photos they had, they realized de Moraes is actually Luiz Carlos da Rocha.

During the arrest, police seized about US$ 10 million worth of assets, including planes, farms houses, and luxury cars, the statement said.

Authorities believe that with the help of police in Paraguay – where da Rocha owns several farms – as well as other countries, the value of the seized assets could reach US$100 million.