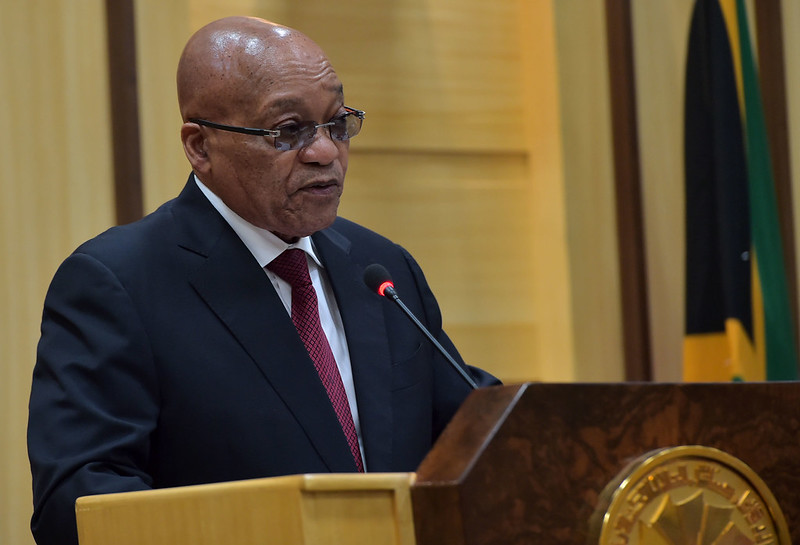 The South African High Court renewed on Wednesday former President Jacob Zuma’s prison sentence, annulling a previous decision that granted him medical parole. (Photo: GovernmentZA, Flickr, License)The former president, now 79, was granted medical parole in September. He was initially sentenced to 15 months in prison for contempt of court after he refused to obey the court’s mandate that he comply with their investigation into his alleged corruption activities.

He was summarily convicted in absentia.

After the court sent him back to prison, a Twitter statement from Zuma's charitable foundation argued that “the judgement is clearly wrong & there are strong prospects that a higher court will come to a totally different conclusion.”

They also questioned the country’s correctional services, saying that their medical care facilities are inadequate to properly treat the former president’s condition and that incarcerating him at this point is “tantamount to giving him a death sentence.”

“It sends a message to the people that our courts have no sympathy, no compassion, and that is not something that should be celebrated,” Zuma’s lawyer Daniel Mantsha stated in response to the original arrest warrant issued back in February of this year.

The former president’s term, which ran for nine years between 2009 and 2018, was marred by a myriad of charges of fraud, corruption, money laundering, and even racketeering.

Amongst the most grievous scandals Zuma suffered throughout his political career stemmed from a US$2.5 billion deal with the French arms manufacturer Thales in 1999, where he was accused of pocketing bribes from them.

Perhaps the most renowned, however, was an investigation into the ties between Zuma's administration and the Gupta family, where he was accused of allowing the businessmen to bribe him in exchange for influencing government affairs and political appointments.

The level of corruption into Zuma's administration was so widespread that it was perceived as a form of state capture.

In light of the corruption allegations, the former president acknowledged the faults in his administration, but also argued that anyone could have made the same mistakes.

“I do not make this reference because I am above reproach,” Zuma said. “Nor do I wish to proclaim that in undertaking my political responsibilities I have been the epitome of perfection. If truth be told, none of us are.”