A close associate of the incarcerated Kremlin critic, Alexei Navalny, said on Wednesday that Russian state prosecutors have urged a court to declare her guilty of violating COVID-19 safety standards and impose two years of limitations on her. 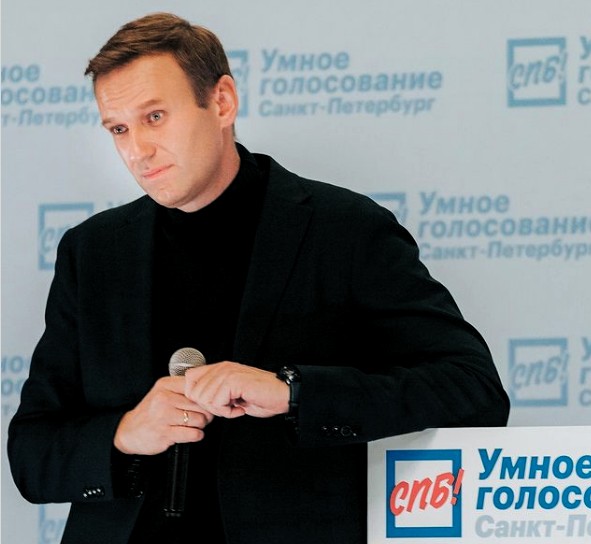 Russian Federal Service for Supervision of Communications, Information Technology and Mass Media — Roskomnadzor — disabled 49 websites linked to Navalny. (Photo: Alexei Navalny, Instagram)Lyubov Sobol tweeted that the request included a ban on leaving the house overnight, not to attend any rallies and not to leave her municipality.

The request is seen as another attempt by Russian authorities to file charges against the country’s main opposition figures in the run-up to the country’s parliamentary elections in September and obstruct their access to the public.

The prosecutors' plea came just two days after Russia’s media and internet authority banned over 50 websites connected to Navalny in the name of combating extremism.

Russian Federal Service for Supervision of Communications, Information Technology and Mass Media — Roskomnadzor — disabled 49 websites linked to Navalny on Monday, including his personal website — navalny.com, where he published investigations into alleged high-level corruption that triggered countrywide rallies in recent years.

The list of blocked websites includes those of the United Russia opposition movement, the Anti-Corruption Foundation (FBK) or its Youtube channel, as well as the Citizens’ Rights Protection Organization.

Navalny described Roskomnadzor’s move as “an interesting experiment,” in which “Putin’s thieves” overrated their own capabilities, as the Kremlin’s opposition will still find a way to circulate its information to the public.

He urged his followers on Tuesday not to allow the government to deprive them of information and called on them to download a Smart Voting application, that lets users access information from his now-blocked websites, before the authorities decide to block the application too.

“It will take a few minutes, but it will be a good punch in the nose to those who want to decide not only what to watch on TV, but also what may be ‘allowed' to view on the Internet,” Navalny commented.

His associates, such as the head of Navalny's Headquarters, Leonid Volkov, fear that as the elections approach, authorities will find a way to block the application too.

Navalny was subsequently sentenced to two years and eight months in jail for breaking the conditions of his suspended sentence in the so-called Yves Rocher case by failing to report to police while recovering in a Berlin hospital, where he was in a coma for part of the time.